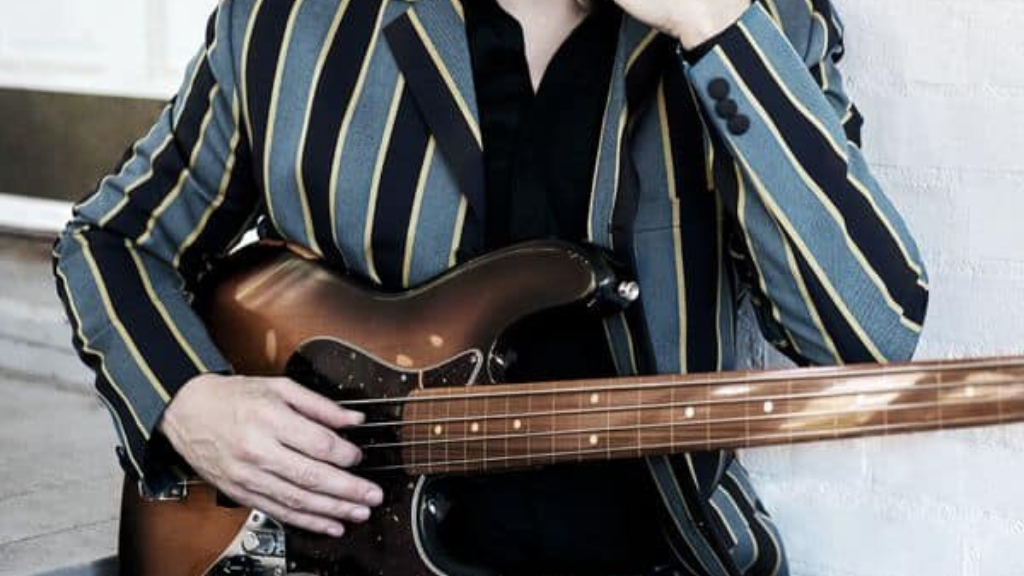 A ruffled blue curtain containing lights, noise, and energy rose to reveal Jack White. His hair was a faded blue, bordering on teal green. His shoes, Nike hi-tops, polished to perfection and blinding white. And his shirt, a pressed pilot button down, the color his hair aspired to be.

“Taking Me Back” began Jack White’s show at Agganis Arena Sunday night by ultimately taking us, the audience, back to the opener of his newest record, Fear of the Dawn. White’s pride in his newer songs was clear. Although he didn't have trouble admiring his past works either.

Older White Stripes songs like “Dead Leaves and the Dirty Ground,” and “Hotel Yorba” came across as strikingly fresh. And, while they generally came in groupings, they blended well with Fear of Dawn songs such as “Hi-De-Ho,” “What’s the Trick?,” and “Shedding My Velvet.” He did all of this while simultaneously weaving other people’s songs into his own, like his spontaneous eruption of Nirvana’s “Love Buzz” during White Stripes’s “Cannon.”

Looking around, the wide age range of the audience became clear. Parents brought their younger children, and even a toddler was in attendance. His parents proudly exclaimed to the ticket vendor that this was to be his first concert. The vendor smiled back unphased as if there might be a newborn in the audience who had already been admitted.

Jack White spans generations, while his own age remains ambiguous. His outfit and hair screamed mid-life crisis, but his energy and mobility on stage stood for something else, something with more youth and vigor. This ambiguity translates to fans both young and old and encapsulates his versatility.

During the introduction of “Hotel Yorba,” White noted that he hasn’t played this song in a few days because the last time he did, he ended up getting married by the end of it.

“But I’m playing it tonight because my beautiful wife, Olivia Jean, is in the audience,” he explained.

The guitar changes through White’s set were innumerable. They usually occurred in the middle of the song and sometimes several in one song. He even requested a guitar be brought from backstage mid-song by his guitar tech, a man who frequented the stage almost as much as White himself. His refusal to settle for anything less than what he absolutely desires showed his meticulousness and attention to detail. The tone of one hollow-body electric compared to his signature blue Stratocaster might not strike audience members as anything worthwhile (especially given the abundance of effect pedals he uses), but White knows exactly the sound he’s going for.

His abrupt switching led him to grab the live guitar cable with his bare hands over and over. It’s a feat many might be afraid of, considering the amount of voltage coming out of those wires and the unpleasant buzzing and scraping noise it makes. But Jack White dove in ferociously. So many guitar changes occurred that by the end of the first three songs, his neatly pressed collar popped like a fraternity boy’s during an intense game of beer pong.

At one point during his rendition of “You Don’t Understand Me” by The Raconteurs, White actually played piano and guitar and sang all at the same time.

White’s display of virtuosic musicianship on stage goes hand in hand with his work in the studio. It’s clear that he’s not trying to fool anybody by saying he played all of the instruments on his latest record.

His subtle cues to his band members (one keyboardist amidst a mountain of synthesizers, Wurlitzers, and a Mellotron; one drummer with an interesting setup, low to the floor and high, almost above his own reach; and one bassist with acoustic and electric capabilities) were tactile and sharp.

White came out to play. Agganis Arena was a warm-up for him, not a marathon. After a five-song encore, he could have continued until his fingers were raw and his voice was shot.

“Seven Nation Army” closed the show and settled the restless audience by being the most highly-anticipated fan favorite of the night. The roaring crowd handled the melody until the song became nearly a cappella, with White singing over the all too familiar riff, and the drummer keeping steady time. White turned explosive during the last remaining minutes of his encore. He watched as middle-schoolers and middle-aged people joined together; an army he had created of his own.