Rainy days are not known for being particularly lively. You just want to cozy up under a warm blanket with snacks and a good movie. Yet, despite the rain, an enormous line of buzzing fans wrapped around Agganis Arena and excitedly waited to see Sara Bareilles take the stage. The singer-songwriter is currently touring to support her latest record, Amidst the Chaos.

Before Bareilles even started performing, some people could not contain their enthusiasm and began passionately dancing and singing along to the music echoing in the arena. From college students to families, to couples and long-time friends, everyone showed up eager for the show to start.

The lights dimmed and the audience greeted Sara Bareilles with an electric applause a little after 9.

Beautiful harmonies and angelic light filled the arena as she opened with a prologue of her song "Orpheus." White lights began individually shining on parts of her backdrop, which was comprised of pieces of paper hanging from the ceiling shaped into an inverted triangle. The opening song to the set highlighted Bareilles's melodic, peaceful voice. While most of the audience remained singing and swaying in their seats, that didn't stop a few groups of friends from carelessly dancing around in front of their chairs.

Energy radiated through the arena as Bareilles sang songs, old and new.

While she is on her tour promoting her latest album, Bareilles did not shy away from playing many of her older songs. The stage shone blue as she wowed the audience with a bluesy rendition of her hit song "Love Song." Throughout the track, she switched in and out of this blues-inspired sound and its original arrangement. The crowd's excitement was evident in the booming noise they made while cheering and singing along.

The tumultuous sound made Bareilles stumble into the second verse laughing. She playfully told the crowd, "I have played that song five thousand times, and you were just so loud you made me f**k up. I blame you. In a good way!" It was so much fun to listen to Bareilles joking with the audience in between songs. Throughout the show she made so many quick-witted and funny responses to fans and anything else happening.

Bareilles even let one of Boston's own sing "She Used to Be Mine" on her microphone.

Berklee College of Music student, Miranda, enthusiastically tried to get Bareilles's attention to read her sign saying, "I want to sing 'She Used to be Mine' with you please." If you're wondering if artists read signs at concerts, Bareilles did. On top of that, after she sang "She Used to Be Mine," she passed the microphone to Miranda, who soulfully sang a verse and chorus of the track. The audience loved it so much they burst into bellowing applause while she was still singing. Blown away by Miranda's confidence and powerful voice, Bareilles responded, "You know what I like? I like guts. I like bravery. It was badass, what she just did." The crowd continued getting louder and louder, in awe of Miranda.

Emily King kicked off the show.

King brought a contemporary R&B, soul, and pop aspect to the concert. She danced around the microphone stand while singing and smiling the whole time. It was refreshing to see someone so genuinely excited and grateful to be performing their original music. King got the crowd swaying and clapping to the beat of her songs. She was the perfect opener to hype the fans up for Sara Bareilles.

King even came back on stage during Bareilles's performance to sing "If I Can't Have You." The duo's true friendship was evident as they teased each other before getting into the music. As Bareilles started banging on the keys and singing, King danced around. Their voices melded beautifully together. It was the perfect combination to complete this wholesome, feel-good show. 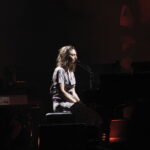 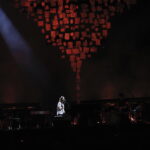 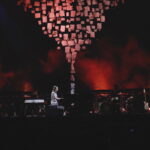 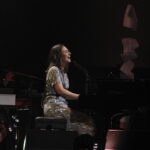 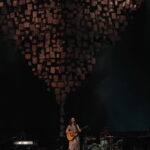 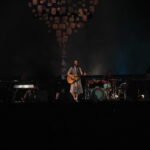 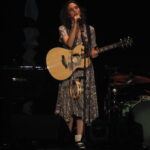 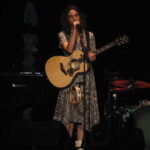 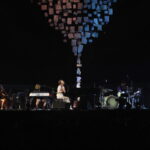