Gary Clark Jr. at the House of Blues Boston

Fresh off of the release of the February release of his third studio album, This Land, Gary Clark Jr. brought his guitar to the House of Blues.

The speakers blasted a set of bizarre Nirvana covers.

The venue filled up with more flannel than Kurt Cobain's closet. Every so often, hidden in the sea of flannel were fans wearing hats reminiscent of the one that Gary Clark Jr. wears, seemingly all the time. In fact, I have no proof that Gary's hat is not actually a part of his head.

After an electrifying opening performance by the Peterson Brothers, who walked all throughout the audience, Gary finally came to the stage.

In a backsplash of blue light, the silhouetted man, hat and all, strutted out with a glass of some kind of liquor. The lights stayed low for the entirely of the first song, making sure the audience heard Gary before they saw him. He opened with hits off of his new album, playing "The Guitar Man" and "Got to Get up" before going back to his last album, The Story of Sonny Boy Slim, with songs, "Our Love" and "Can't Sleep."

The songs later in the show were paired with huge strobes of blue and red light that spilled from the stage onto the front of the audience. Gary's improvised blues solos on the guitar were so intricate and extensive that I found myself losing track of how long they had been going on for, completely phased out by the music, until the applause of those around me brought me back.

They must have been going on for a while because at a certain point, Gary took a break, sitting down.

After his bandmates bought him enough time to finish his drink, Gary finished off his set with "Pearl Cadillac," my personal favorite off of his new album. After his set, the audience pulled him back on stage with a huge chant of "Gary" for a three song encore. If Gary had wanted to solo all night, the audience would have stayed. After a cover of "Come Together" by the Beatles, his band finally forced their way off stage by throwing their guitar picks and drum sticks into the crowd. Luckily, I caught one of the drum sticks. 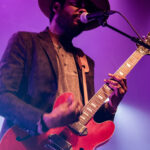 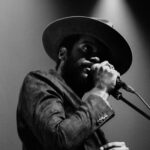 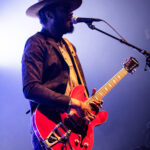 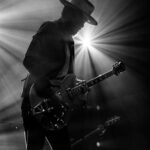 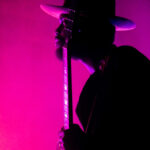 Watsky at the House Of Blues

The Record Company at House of Blues