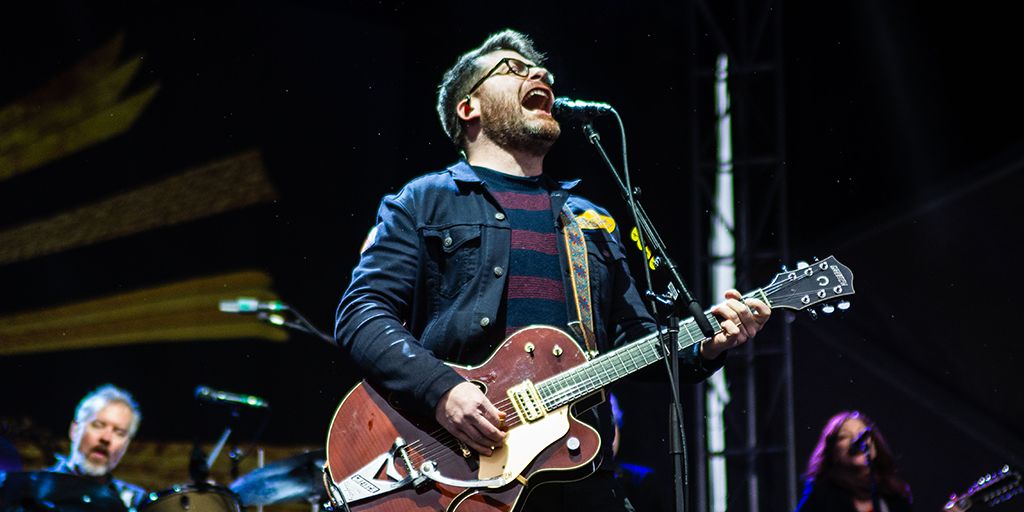 The Decemberists at Boston Calling 2018. Photos courtesy of Jacob Cutler.

Sunday evening's rainstorms didn't deter fans from coming out for The Decemberists' hour long set at Boston Calling. The band took the stage as Grieg's intense classical piece "In the Hall of the Mountain King" blared over the speakers.

The group transitioned into the opening track of their newest release, "Once In My Life" before the folk-influenced song blended into a cover of "Please, Please, Please Let Me Get What I Want" by The Smiths. This diverse opener perfectly reflected the band's wide-ranging music stylings. As the medley came to a close, lead singer Colin Meloy addressed the audience. "This is typical festival weather for a Decemberists show… This is the right weather to have this experience." With that sentiment, Meloy set the tone. Not only would the crowd deal with the rain but they would relish in their hilariously lousy luck.

The Decemberists look as if no one got the dress code text,

with bassist Nate Query in a suit jacket and tie, guitarist Chris Funk in a trench coat and shades, and Meloy in casual denim. Despite their charmingly mismatched clothing, the group of eight is evidently very compatible with their flawless harmonies and stage chemistry. Meloy warned any children present before beginning "Ben Franklin's Song," which the band recorded for the creator of Hamilton - Lin Manuel Miranda. Those who were confused quickly understood the singer's disclaimer as he arrived at the chorus of the song, "Do you know who the f- I am? I'm seventy-six-and-I'll-still-kick-your-a** f-in' Franklin." Despite (or more likely because of) the vulgarity, the crowd went wild, laughing and cheering for the crass history lesson.

"Everything is Awful" came next, as Meloy kept the energy going. The musician got the whole crowd gleefully chanting "Everything is awful!" in response to an amusing list of awful scenarios. These included: "It's cold and rainy at the end of the festival," was very true. It also included "You're wondering how long this song will go on."

The band closed on "The Mariner's Revenge Song," a ballad that shows off Meloy's talent for storytelling.

Meloy informed the audience, "The entire song depends on you screaming like you're being swallowed by a whale." As the song progressed, members of the band acted out the lyrics. Query used his cello bow as a sword while keyboardist Jenny Conlee brought out a pair of prop binoculars. The performance was like a running bit that the entire audience was in on. When the time came, the crowd screamed as just as Meloy had hoped. Almost as if they were actually being torn to pieces by a whale. To complete the over the top act, they brought out a giant inflatable whale covered in scars and tattoos. It "swam" across the front row of the audience. The crowd loved every second of the theatrical production. The Decemberists did the unexpected and beat the dreary atmosphere at Boston Calling with their captivating and whimsical set. 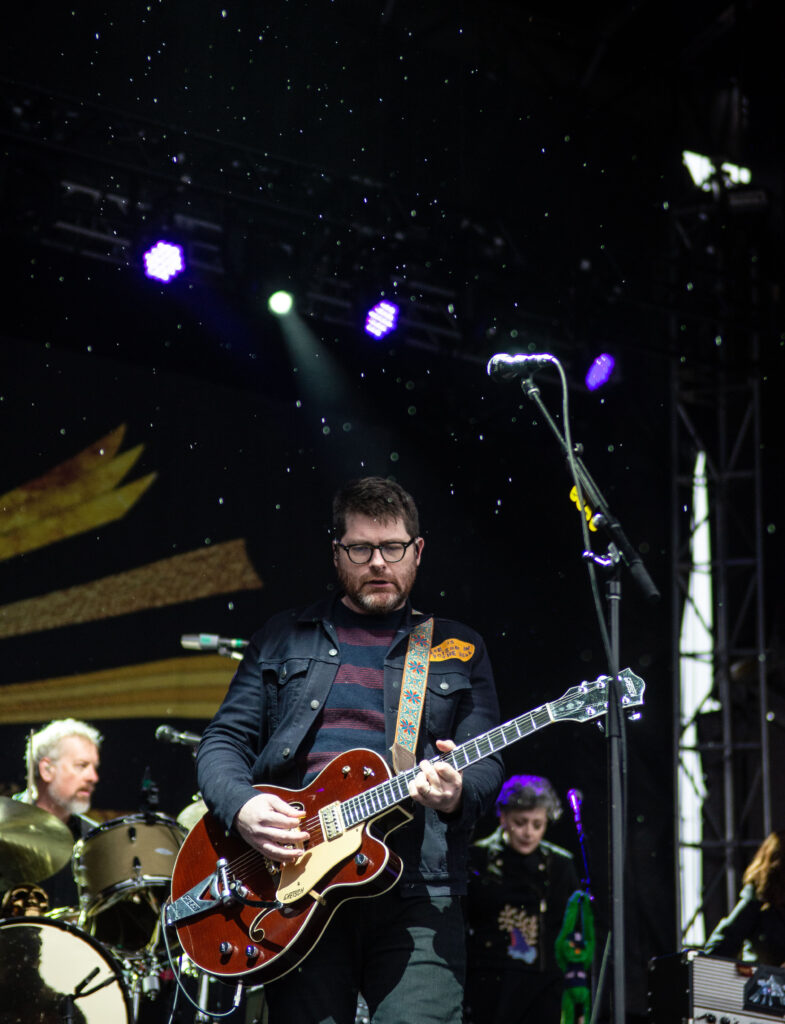 The Decemberists Know Folk Rock, And ‘I’ll Be Your Girl’ Is No Exception

The Killers Made the Ground Shake at Boston Calling