Favorite Songs: “Anywhere With You,” “Want Want,” and “Shatter”

For Fans Of: Florence + the Machine, Clairo, and Jade Bird

Maggie Rogers is a powerhouse musician.

In January 2019, she released her debut studio album Heard It In A Past Life. I was lucky enough to see her perform at Forecastle Festival that same summer. She was radiant. Adorned in a bright yellow scarf, she pranced on stage in the hot summer sun. I remember many aspects of Rogers’ Forecastle performance, but the most memorable was the intensity of her voice.

At the time, I was consumed by the sounds of Indie artists like Dodie and Clairo, their voices airy, delicate, and undeniably sweet. Rogers’s vocals were unlike anything I had heard before. Yes, they were sweet-sounding, but they were also deeper than her aforementioned Indie contemporaries. To me, Rogers’ rich voice reigned supreme. Others seemed to share this sentiment, as the musician received a Grammy Award nomination for Heard It In A Past Life.

Therefore, when Rogers announced the release of her second studio album Surrender, my expectations were high. I anticipated an album chock-full of the musician’s fierce vocals. Likewise, I was intrigued by the concept of Surrender. Previously, I had associated the word with weakness and failure, and I was eager to see Rogers’s reimagined interpretation.

Ultimately, Surrender exceeded my expectations. I was left spellbound by the musical and thematic direction for the album. It is a release that proves Maggie Rogers’ relevance as a vocalist and an artistic visionary.

Rogers’ sound is original. Even the acclaimed musician and producer Pharrell recognized this in 2016. The two met at NYU while Rogers was still a student. After hearing her song “Alaska,” Pharrell confessed, “I’ve never heard anyone like you before, and I’ve never heard anything that sounds like that.” The interaction between the two went viral, and Rogers was instantly shot into the limelight.

Ultimately, Surrender is a fine-tuned version of Rogers’s unique sound. The production is electric. Each song is a calculated blend of polished and raw sound.

“Different Kind of World” is a track that overtly exhibits this melodic quality. Its introduction is simple, consisting of an acoustic guitar and isolated vocals from Rogers. The song is likely a nod to the musician’s first two independent albums, The Echo and Blood Ballet, which serve as reminders of her youthful and undeveloped folk sound. Its lyrics are unspoken fears—words so personal it’s as if they were extracted directly from Rogers’s brain: “My knees are aching, back is breaking, thinking ‘bout the state of the world,” she sings in a broken, hushed tone. Suddenly, the sound shifts. The entire last minute of “Different Kind of World” is an explosion of chaos (in the best way possible).

This is the magic of Rogers: she is entirely unpredictable. She plays with music production and sound in a way that only the most skilled artists can.

Sound bites and distorted vocals are prevalent on Surrender. Not only do these effects create a more captivating listening experience, but they also help to tell the album’s story. For example, “Anywhere With You” is a song that concludes with the sound of overlapping conversations. Rogers’s passionate melody is suddenly swallowed by the faint sound of echoing voices, leaving listeners to question the song’s lyrics and how they relate to the album’s theme.

A CALL TO SURRENDER

In the months leading up to the album’s release, Rogers talked extensively about her personal connection to Surrender. In an interview with USA Today, she explained that the album’s title signifies, “giving over to your fullest emotions.” The theme manifests in honest and unembellished lyrics, like, “Is there a feeling that meets you in between what you want and want you really need?” and “But all I’ve ever wanted is to make something last.”

Throughout the album, Rogers surrenders to her emotions and invites listeners to do the same. Her lyrics are essentially a call to action. By examining Rogers’s words, I have come to understand that surrendering is not a sign of weakness, as I once thought, but rather a display of strength.

Today, online personas seem to control everything. How often are people actually honest with themselves? How often do people change themselves for the approval of others? In order to surrender (as Rogers does), it is necessary to accept emotions and resist the urge to suppress them. This idea manifests in the track “Shatter.” Rogers largely lets anger fuel her words. But lyrics like, “I’m scared and I’ve got all this anger trapped so deep inside,” prove just how multidimensional these emotions can be.

THE POWER OF JOY

Rogers also told USA Today that Surrender is about “finding joy as a form of rebellion.”

Ultimately why I think the album is such an artistic feat is for this exact reason— Rogers successfully encapsulates joy.

Surrender’s melodies are entirely uninhibited. On practically every song, Rogers indulges in vocal riffs, varied dynamics, and even spoken exclamations— as featured in songs like “Shatter” and “I’ve Got A Friend.”

It sounds as if she is genuinely having fun and doing something that she loves. And although it may seem straightforward, this theme of joy in Surrender feels revolutionary.

Pick of the Week: Maggie Rogers’ “That’s Where I Am” 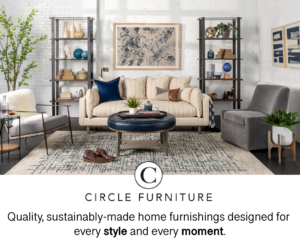