Friday night showed up in its signature style by giving people relief from the hectic work week that they desperately needed. Everyone in The Sinclair was teeming with joy and excitedly talking with friends while waiting to see J.S. Ondara perform. A few couples and groups of friends were so thrilled to be there, they posed for pictures with the stage behind them to commemorate the night. The Nairobi-born folk musician stopped in Boston for his second to last show on the North American leg of his tour. He's currently promoting his debut album, Tales of America.

Even in a sold-out venue, Ondara created a sense of intimacy between him, his music, and the crowd.

Stepping on the stage a little after 10 o'clock, Ondara began by serenading the audience with his a capella song "Turkish Bandana." He entranced everyone to silence the second he started singing under a single white spotlight. All you could hear were his words elegantly echoing off the walls. As Ondara finished the last note, he was greeted by enthusiastic applause.

Alone with only an acoustic guitar in hand, he continued to play the rest of the tracks from his debut album. During "Days of Insanity," the crowd passionately, yet softly, sang along so they could still hear his soothing voice. Some shook their head to the beat, others wrapped their arms around their friends to collectively sway, and couples embraced. Despite the audience remaining somewhat quiet during his performance, they never failed to abruptly break the silence with whistling, clapping, and energetic cheering as each song ended. Even with The Sinclair overflowing with fans, he created a warm, personal environment by performing with only his voice and a guitar.

Ondara's banter between tracks had the audience howling with laughter.

The folk musician brought his charismatic self to the stage. He got most of the people to burst into laughter throughout his many jokes and stories. For instance, before playing his acoustic song "Good Question," he revealed how he named the track. Ondara disclosed that "I played it for the producer who was on the other side of the screen. He said, 'I like that new one, what's it called?' And I was like, 'Hmm, good question.' And so he was like, 'Oh great, 'Good Question.''" The crowd loved the genuine feeling radiating from his stories. He made everyone feel as though the show was a conversation between friends rather than a replicated, produced concert.

He played the audience a sneak preview of a couple of unreleased songs.

Before starting each song, Ondara revealed that both tracks were nameless. So, after he finished performing, he allowed audience members to shout out what they thought the songs should be named. The first song revolved around the lyric, "Everyone you ever knew was escaping while you're waiting for your lover to come around." Everyone in the crowd shouted out different titles without reaching an agreement. However, with the second song, which he jokingly referred to as "Song B," fans seemed to agree on naming it "Russian Roulette." We don't know if he'll officially release these tracks, but they definitely got the crowd's stamp of approval shown by their thunderous applause.

After he walked off the stage, the crowd clapped, screamed, stomped, and even hooted like an owl, begging for his return. Luckily, he complied and returned to play "Saying Goodbye." This performance proved to be the highlight of the show. Ondara showed off his vocal range, power, and control by quickly shifting from his chest to head voice throughout the track. Almost everyone passionately sang along with him as if they were saying goodbye to him, too. The crowd sang the last chorus by themselves as Ondara strummed his guitar. Not only did Ondara's music bring him closer to the fans, but also everyone in the venue closer to each other. His show created a homey space that unified and welcomed all people. 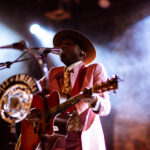 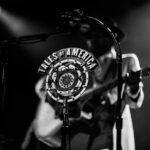 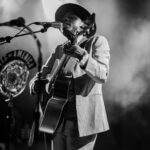 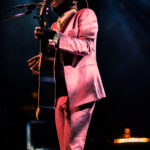 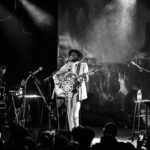 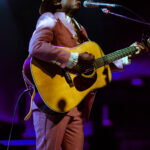