There was a pulse that radiated throughout Royale this past Friday. I felt it as soon as I walked in after having stood in line in the cold for a short while, and in the most figurative (and literal) sense possible, I was greeted with immediate warmth. By the time I'd claimed my spot on the floor, I was swallowed by excited chatter coming from fans who've been following headliner Gus Dapperton since his humble beginnings. I heard one person remark on how "Gus' hair is pink now," before he'd even appeared on stage. Someone behind me mentioned how they've been waiting to see Gus for months. These were real fans who not only appreciated the music but the voice and face that breathed life into it. It was such a refreshing atmosphere that you can only get at the most intimate of shows.

The 22-year-old up-and-comer has been touring this fall to promote his debut album Where Polly People Go To Read, an upbeat and prismatic record that solidified Dapperton's indie-pop sound. Dapperton's music seems like it's meant to be played live, and I, fortunately, got to witness it.

The dimly lit stage gradually erupted in color as Dapperton's band made their way onstage.

Yendawg and keyboardist Ruby Amadelle playfully danced as the opening notes of "Verdigris" reverberated through the room. Gus appeared and was greeted by raucous applause. He had an immediate likable presence that definitely intrigued me.

"What's up, Boston? What you been up to?" Dapperton shouted.

Dapperton and his band maintained a good level of energy that consistently hyped up the crowd with each song.

There was hardly a dull moment in Dapperton's hour-long set. One of the liveliest moments was during "Prune, You Talk Funny," one of his more well-known singles and a definite crowd-pleaser, from its catchy hook to its synth-heavy beat. Even during "Moodna, Once With Grace," a self-proclaimed slow jam, Dapperton managed to find a steady rhythm that stuck with the crowd. He even belted out the lyrics toward the end and jumped.

There was plenty of crowd interaction as well. Dapperton would point at the audience between songs and sit along the edge of the stage, doing what he could to bridge the gap between him and his fans. It lent to the overall feeling of intimacy that was present from the very beginning.

Dapperton has mastered the art of dancing like no one's watching.

There were quite a few points during the show where Dapperton just let loose. During "Ditch," he did a macarena-like dance and shared a cute nuzzle with guitarist Yendawg. In the middle of the set right before "Of Lacking Spectacle," Dapperton put down his guitar, exclaiming that he was "gonna dance." And he really did dance. He walked with a goofy stride and ran back and forth across the stage a couple of times.

For "Fill Me Up Anthem," everyone from the preshow came back onstage. I could tell there was a lot of love on that stage.

The show ended on a perfect (and rather explosive) note.

I have to say, I've never heard a louder encore chant, even compared to some of the larger venues I've been in. When Dapperton came back onstage for "World Class Cinema," it felt like a switch had been flipped. The crowd was rowdier than before-I was hardly prepared for it.

"Feel free to dance if you like," Dapperton exclaimed. "We will also be dancing up on stage like we always do."

The show ended with a fantastic rendition of "Twist and Shout," which I think was incredibly genius. Not a single soul in Royale wasn't dancing. I even had to take notes while dancing myself. Also, Dapperton's voice was made for a good John Lennon impersonation.

This had to be one of the best concerts I've been to this year. I left that night feeling just as warm and content as I felt walking in. If you have a chance to see Gus Dapperton live at some point, take it. You sincerely won't regret it. 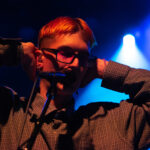 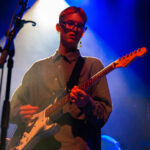 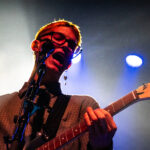 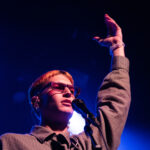 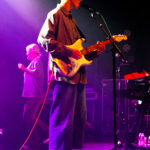 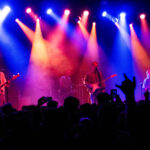 Interview: Gus Dapperton: “I’m striving to not sound like anything in particular”

Show Review: The New Pornographers Rock Out at Royale