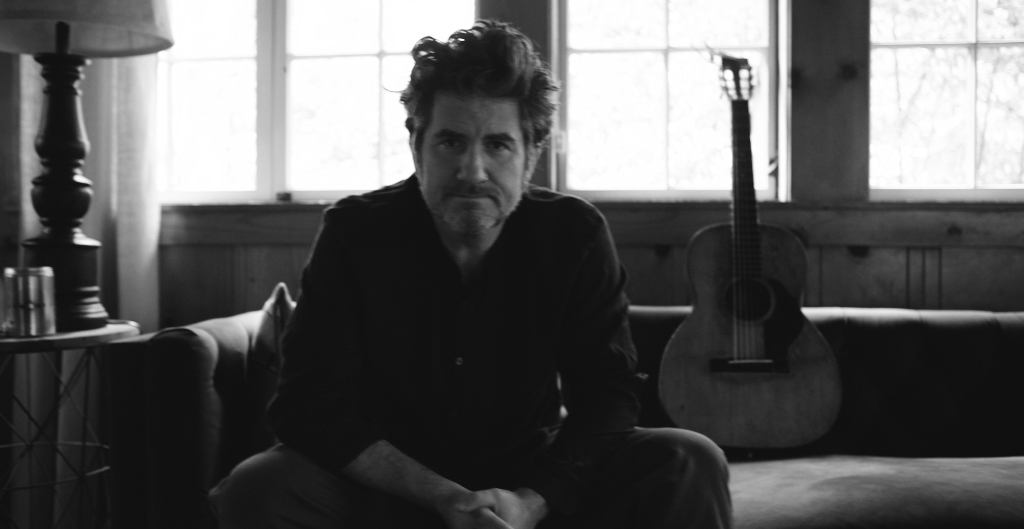 California-based singer-songwriter Matt Nathanson makes a nod to his local roots with the title of his recently released twelfth album, Boston Accent. Sitting down with Music Coordinator Tatum Jenkins, Nathanson explores his unique and developing relationship with the places he has called home, and consequently how it manifests in the record.

SO FOR THOSE WHO DON’T KNOW, YOU HAVE A LOCAL BACKGROUND. CAN YOU TELL US ABOUT THAT?

MN: I grew up in Lexington, and went to high school in New Hampshire, so I grew up in Massachusetts. I moved to California for college and never went back. I go back on tour a lot, but you know, you try to get away from where you’re born as best as you can.

The record is acceptance and open arms towards Massachusetts. As I get older, I [have] start[ed] to accept who I am and where I’m from in this way that’s really grounding.

And being from Massachusetts, I always find [that] no matter where I am in the world, if I hear even just a little bit of a Boston accent, I feel like I’m best friends with the person who’s talking. It’s an absurd concept. And again, I broke out from there. But [now I’m] realizing, as you get older, that that’s actually part of my roots and who I am.

I SORT OF DID A SIMILAR THING! I GREW UP IN MASSACHUSETTS FOR TEN YEARS, MY FAMILY MOVED TO CALIFORNIA, AND NOW I’M BACK IN BOSTON FOR COLLEGE, SO I KIND OF GET THAT.

WAS THERE ANYTHING IN PARTICULAR THAT MADE YOU WANT TO REVISIT HOME? WAS IT THE PANDEMIC? I KNOW A LOT OF PEOPLE HAVE REVISITED HOME OR HAVE TO BE AT HOME. OR A MEMORY?

MN: It’s funny, it happened a little bit before the pandemic. I get back to Boston a lot on tour. And most of my friends are from Boston, they’re all from my youth. It was fun! Massachusetts is a pretty badass place. And there are things that are unique to Boston. You know,

if somebody’s from New York or Chicago, they have this loyalty, but it doesn’t work the way it does in Massachusetts. It’s hard to describe to people; when you see Saturday Night Live skits where Bill Burr or Casey Affleck are joking in Dunkin Donuts or Sam Adams commercials — and I get that they can do that with other places. But with Massachusetts, Boston in particular, [it] is a unique, crazy universe. I don’t see it the same anywhere else.

MN: I live in San Francisco, which feels like Massachusetts more than any other place. And San Francisco is a pretty unique spot too.

There’s a lyric in the song “German Cars” —  “I was born three thousands miles from where I came alive.” So, [California] just feels like the place I am, do you know what I mean?

To have a direct connection back to a place that I’m from, again, is something that I never subscribe to ever. I’m just not that person; I don’t align myself with sports teams, I don’t say “This is my group” or “These are my tribe.”

It’s funny, if I met a serial killer who had a Boston accent, I’d be like, “What’s up, friend? How are you doin’ best friend?” It’s this weird connection to that place that is pretty magical. Pretty unrealistic as well. But pretty magical. It’s in my DNA.

OH TOTALLY! SO HAS YOUR FAMILY BACK IN MASSACHUSETTS LISTENED TO THE ALBUM?

MN: This is the irony of probably one of the reasons why I left: I’m not connected to my family in any way. I was never even a part of my own family, and that’s another aspect of it that’s so strange.

I always joke with my wife, “We’re gonna move back there and live in the woods.” But she grew up here in California, so it’s probably not going to happen.

I think it’s me realizing who I am, frankly. Like a coming-to-terms with that fact that the thing that makes you powerful, unique— a mix of things; it’s part of the ecosystem that makes you. You have to celebrate those things. And one of those things for me is that I’m a Boston kid. Lexington, Massachusetts, all the way; ride or die.

YOU’RE GOING ON TOUR – IS THERE ANY SONG IN PARTICULAR YOU’RE REALLY, REALLY EXCITED TO PERFORM LIVE AND IS THERE A REASON WHY?

MN: As a kid, I went to boarding school and I was surrounded by kids who were really well off. Kids that would summer in Nantucket and Martha’s Vineyard. These places that for me— as a kid who went back to his hometown and worked at the Italian restaurant… or moved office furniture… or was a counselor in training up at this camp… I didn’t have a terrible summer life, but it wasn’t nearly as exciting. These kids would be like, “Let’s go get a house in Nantucket together!” And I was like, “What?! I’ve never even been to Nantucket,” you know?

So there’s a song called “German Cars” on the record, which is about feeling adrift in that sort of thing. These kids were my friends, but none of them were my people. And then, it’s about finding someone who’s your liferaft in that ocean. It might not last forever, but you find someone who kind of saves you, and mirrors you, and makes you feel like you’re not by yourself.

I’m psyched to play that one.

Again part of me coming to terms with who I am was realizing that I’m kind of a singer-songwriter. I’ve done pop and stuff, but when I play a guitar and sing, it’s really who I am. To make a record like that…this is the first time I’ve made a record where I’ve surrendered to that concept. The record really is about acceptance and surrendering to [this idea of] “You’re the center of your power.”

WAS THERE ANY SONG THAT PUSHED YOU OUT OF YOUR COMFORT ZONE AND MADE YOU ACCEPT A NEW PART OF YOUR ARTISTRY?

MN: I made the record with this guy Butch Walker, who’s my buddy. And he produced the record. He is dogmatically anti-overthinking, sometimes to an annoying degree, but most of the time to a pretty magical degree. So I finished the record like May [2020] of the pandemic, like lockdown, and then I had a year to sit with it. I gotta say the best recipe for overthinking something and driving yourself crazy is to finish it and have to hang onto it without getting any feedback in two and a half years.

Anyways, so that was really the thing that forced me into it. It’s like, if anybody else had been producing the record, I would’ve gone back and beaten them up and tried to get it different and overthought it. Butch was kind of like, “Nah, this record’s done.” And I was like, “No, man, it’s not.” I initially had this idea like, “Let’s hang everything on me. I’ll perform the songs, great.” So I had a moment of confidence and then I had two and a half years of shaky confidence where the record had been finished.

To finally release it, going back to your first question… I’ve never gotten this much praise from people who like my music universally, ever. It’s pretty incredible and I think if I had had my way, I would’ve changed the whole record before they even heard it. It probably wouldn’t have been something they liked. It was a pretty fascinating process.

YOU WILL BE COMING TO BOSTON ON TOUR. IS THERE ANYTHING YOU’RE EXCITED TO DO WHILE YOU’RE HERE?