Julian Lennon on Owning His Name and New Songs 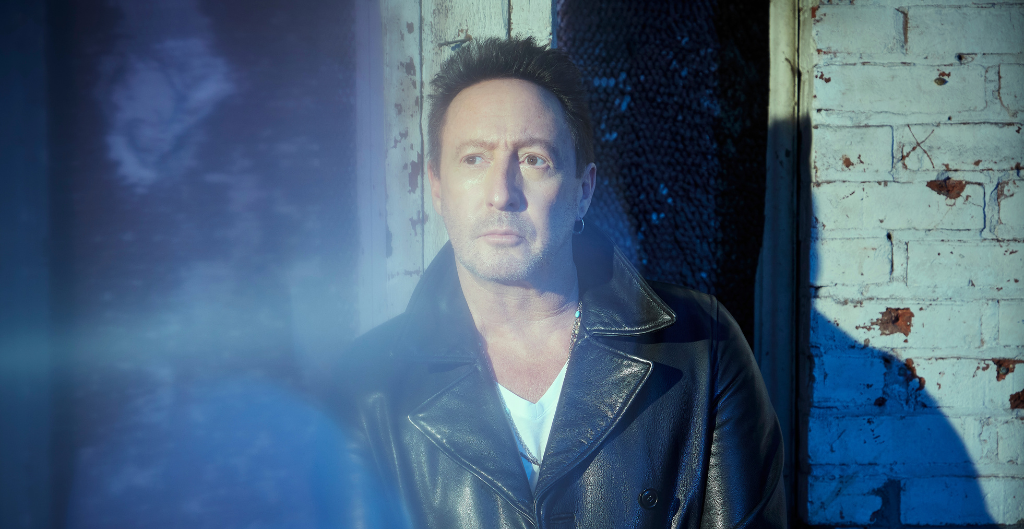 Julian Lennon is releasing Jude, his first album in 10 years, on September 9th. He spoke to our host Phil Jones about his new music and reconnecting with the Beatles song written about him more than fifty years ago.

WOW! WHAT A TREAT TO MEET YOU.

SO, YOU'VE BEEN BUSY! IT'S BEEN TEN YEARS SINCE YOU'VE RELEASED A RECORD, AND NOW YOU'RE DOING THE PRESS GRIND. HOW HAS YOUR LIFE CHANGED IN THE LAST YEAR AS YOU'VE JUMPED BACK INTO ALBUM-RELEASE-MODE?

JL: It's a lot of work! I mean, the album was a long process anyway. And obviously, with the pandemic, when that hit, that screwed everything up for a couple of years. And we were all, you know, flailing our hands in the air. It's a tough slog.

In the old days, it was tougher in a different way. You were running around, like a headless chicken. You really were from state to state to state to country to country, you know. And that's exhausting no matter what, but you get some joy of movement.

The modern interpretation of that, of course, is doing FaceTime and Zoom. And on one hand, that's fabulous, you know, because you get to stay at home. On the other hand, you're staring at a camera for anywhere up to, you know, between 2, 3, 4, 5, 6, 7, 8 hours a day. So, you know, you get you feel like you're a little boxed in, in that regard. It's certainly a new way of doing things. And I guess it's better in some regards, but not in others. What can I say?

YOU OPENED THIS CHAT BY SAYING "LET'S DO SOME JUSTICE". WHEN I HEARD YOUR NEW SONG “LUCKY ONES” I HEAR A CRYSTAL CLEAR CALL TO ACTION.

I WAS BORN IN 1996 AND GREW UP WITH A COUPLE OF YEARS OF YOUR CDS IN MY DAD'S STATION WAGON ACTUALLY… SO THERE'S SONGS LIKE “SALTWATER,” THERE'S ENVIRONMENTAL ANGLES, BUT THIS SONG FEELS LIKE A TOTALLY NEW CHAPTER. WHO ARE THE LUCKY ONES? AND WHY ARE THEY LUCKY?

JL: Well, we are. Because we're here, and we're alive — but barely! You know, the idea– I think part of the whole thing that I've been through with the pandemic and putting this album together [is] going into such a reflective mode. Because you know, some of the songs go back over 30 years, 20 years.

I was here on my own for a long time during lockdown, and it was pretty severe here. So you didn't see anybody, you didn't go anywhere, you didn't do anything. And initially, you know, there were moments where I thought, ‘Oh, this is bliss, I'm actually enjoying this for a minute!’

But then, when you start thinking a little too much — as one does — I wanted to start facing all the kind[s] of fears that I had. I wanted to try and find the answers that I've always been looking for: how do I find peace and balance in life? How do I bring forgiveness into the mix? If I'm unhappy, what do I have to do to change this? And so that was a real focus. On considering where I'm at; that we are still lucky. We're still lucky to be alive.

I went through a really heavy couple of years of depression. And I was always trying to work my way out of it. It was very difficult until I reached a point where I started some meditation. I think breath work and breathing was the real key to just stepping back for a minute, and just being focused on the here and now.

I'm in a position, also, to be able to do what I can to make this world a better place, on whatever level, through whatever medium. So for me, that was my perspective, that there is joy in the moments that we have, you know. Let's not forget that, but let's try to remain hopeful and positive about what can be done and what we can do together.

People need to realize that it's not one against the other; we're all in trouble. You know, you know, some people think they're gonna get away, they're gonna escape. No you're not! We're all in this together, and we need to, as a family, and as one, do better things. Because we can, we actually can. Yeah, that's the crux of it.

IS THERE A MUSICAL MOMENT OR A LYRICAL TURN INSIDE THE ALBUM THAT YOU HOPE PEOPLE CATCH THAT YOU'RE REALLY PROUD OF? WHAT DO YOU WANT PEOPLE TO NOTICE ON JUDE?

JL: I certainly feel a growth in, in the lyrical content. I've always tried to be honest with my ideas and thoughts and emotions. It's always striving to love and be loved on every level. And about trying to find, again, that place of security, that place of balance, that place of focus, of peace, of purpose.

And that was my journey through this. If people could see that, and hear that and read that within the lyrics, then that's what I'd want them to take away from this. That no matter what the darkness, there is light at the end of the tunnel.

There's also some really early material on it that finally worked. My ex business manager who was retiring, he had boxes and boxes of stuff, mostly files and paperwork. And he said, "I've got to get rid of this. Shall I send them to you?" And I said, "Yeah, I don't really want them. But yeah, sure". There were so many boxes of musical tapes, reel to reel demos of “Too Late for Goodbyes” and a lot of other stuff.

We sifted through it and did this process called baking, which is where they save any information or audio on a tape.

To our surprise, the first song that we put up on the desk... That was "Every Little Moment." I was blown away, it sounded like we recorded it last week. The only thing I changed was I put real drums on it. That's the original vocal of the very first time I sang that song. And I tried to rerecord it several times with different albums, but it just never was quite the same thing. So finding this stuff was incredible.

YOU'VE MENTIONED IN OTHER INTERVIEWS THAT THE TITLE JUDE HAS TO DO WITH RECONNECTING TO THAT SECURITY, AND OWNING IT.

JL: Yeah, I mean, that comes from several levels, you know. The reflection through the album was one thing. The other thing was [watching the] Get Back film.

I was being reflective about life and the journey that I've been on and where I am today compared to where I was. I think the thing that really kind of pushed it over the edge on the title was that my legal name had been John Charles Julian Lennon all my life. But I'd always been known as Julian; only wanted to be Julian.

And I used to struggle a great deal over the last 20 to 30 years with going to airports, or going through security situations. People opening the passport not necessarily recognizing me and going and making smart quips about John Lennon. And it was endless. Let me tell you— after a long time, that'll get to you when you consider yourself to be Julian!

It's this constant John thing. Being another John was a struggle for me. So in 2020, I said, you know, I'm done. I want to be me. I want to be me. And so I finally went in and I just switched my names around. I still wanted to respect my parents and their given name to me. But I just felt they would understand my position. I just switched it to Julian Charles John Lennon so that anytime anybody sees any paperwork on me now, it's Julian; it's me.

Jules is my nickname to most people. Hence, 'Jude', and I figured, well, if I name this Jude, what more can you ask me?  I've done everything now. You know, I am Jude, okay? You win. But, I also felt that I was finally me. The lyrics that Paul had written were apropos because it's about taking the weight off your shoulders, about finding love.

Even just becoming Julian was such a big thing for me. I can't even tell you, it's not really something I can describe. To finally be me meant a lot to me. I've lost some of that fear, some of that anxiety that I used to have, with scenarios like that. [They] followed me around a lot.

But to finally be me, and be proud of the work that I do — not only musically, but obviously, with all of the other other work that I've been doing over the past couple of years, whether that's the children's books, the fine art photography, The White Feather Foundation — it showed me that I can do the work, and I can be successful at it. There's still more I want to do.

WE'RE A RADIO STATION IN BOSTON, WE HAVE AN INCREDIBLE COLLECTION OF ROCK CLUBS, AND WE HAVE BERKLEE COLLEGE HERE, A COLOSSAL AMOUNT OF TALENT BREWING ALL THE TIME. WHAT DO YOU WISH SOMEONE HAD TOLD YOU ABOUT SONGWRITING, OR PERFORMING YOU MIGHT SHARE WITH THEM?

JL: Believe in yourself. Keep at it.