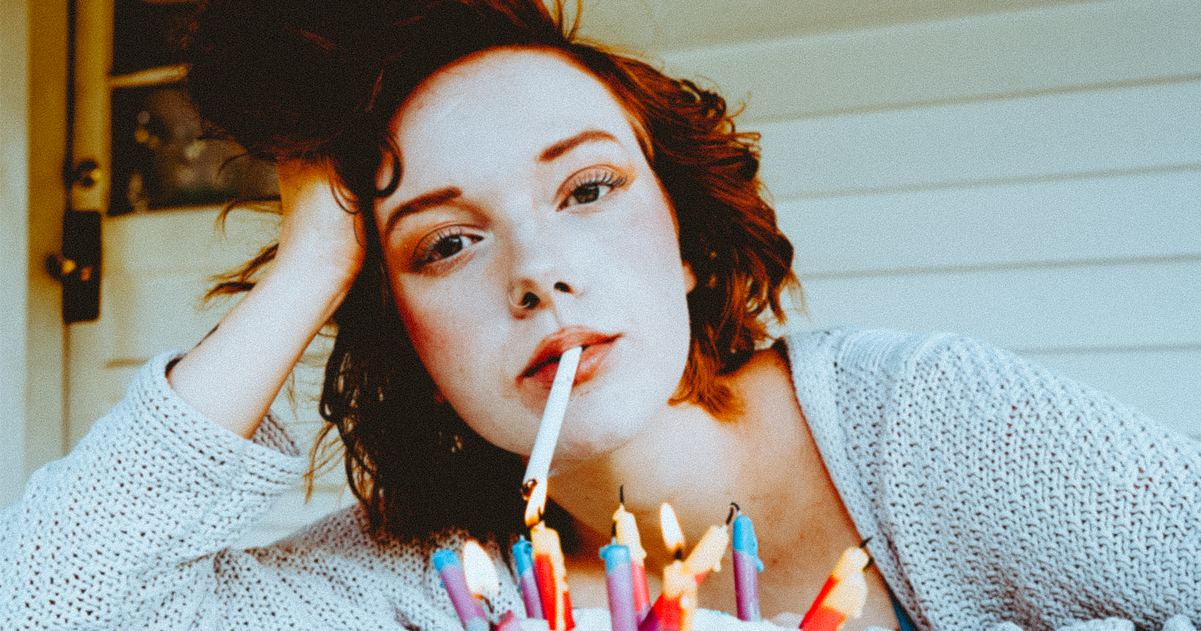 Maddie Medley is a solo artist based in Nashville. She released part one of her debut EP Coming of Age pt. 1 in April and will be releasing part two later this year. She recently sat down with staff writer Nora Onanian to talk about her EP, being an up and coming artist during the pandemic, and her musical influences.

TO START, CAN YOU GUIDE ME THROUGH HOW YOU FIRST GOT STARTED IN MUSIC AND HOW IT'S BROUGHT YOU TO WHERE YOU'RE AT NOW?

Maddie Medley: Sure, totally. So I'm living in Nashville. I was born and raised here. And obviously, you know, it comes with a lot of music. It's just kind of built in. So, yeah, I have always been around music. And when I was a little kid, I was really shy and I loved to write short stories and that was an easy way for me to express myself. When I got a little bit older, I started playing guitar and those things just kind of came together naturally. Then I signed to Elektra in 2019 and since then I've just been working on putting out my two EP's. I put out Coming of Age pt. 1 last year and I'm about to put out Coming of Age pt. 2 this year also.

I READ THAT ONE OF YOUR SONGS, "EDITH," WAS WRITTEN WHEN YOU WERE ONLY 17 WHICH I THOUGHT WAS REALLY IMPRESSIVE SINCE IT'S SO POETIC AND MATURE AND EMOTIONAL. COULD YOU TALK A BIT ABOUT YOUR CREATIVE PROCESS?

MM: Yeah. So I just kind of write when I feel like it. With "Edith" in particular, my grandmother had passed away when I was in high school. And it made me think about, you know, kind of the idea of the female lineage in my family and how important that is to me. So I think with that one, I just had some feelings I needed to deal with. And I knocked it out probably in 20 minutes, and that was that with "Edith." And that's been pretty much the same process with every song I've written.

MM: So with this project I wrote, I think the oldest song I have is about three years old. So we've kind of sifted through the songs that I've worked on over the past few years and, you know, tried to pick songs that have similar themes. So it's been about three years.

AND WOULD YOU SAY MOST YOUR LYRICS ARE BASED ON, LIKE FRAGMENTS OF YOUR OWN LIFE, OR ARE THEY MORE CREATIVE AND FICTIONAL?

MM: They're definitely based off of my own life.

HERE AT THE STATION, WE'VE REALLY BEEN LOVING YOUR SONG "COMING OF AGE." COULD YOU TALK A LITTLE BIT ABOUT YOUR INSPIRATION FOR THAT?

MM: Yeah. "Coming of Age" is really about how difficult those first kind of young adult relationships can be and how formative and how important they are. And I was probably 18 or 19 when I wrote "Coming of Age," and I was just kind of hyper aware of how painful it can feel to be in a relationship at such a young age, but also how important and valid it still is to have to deal with those feelings even though you are young. So, yeah, I kind of came up with "Coming of Age" when I was really angry, so I just tried to channel that anger into that song.

YEAH I FEEL LIKE WE CAN REALLY HEAR THE POWER IN YOUR VOICE. YOU HAVE SUCH A POWERFUL AND UNIQUE SOUND.

ARE THERE SPECIFIC ARTISTS WHO INFLUENCE YOUR SOUND?

MM: Yeah. Fiona Apple is my favorite musician of all time. I love her so much. And then another one would be Gillian Welch. I really love female songwriters in particular, and I think both of them have really helped me kind of shape my sound and my songwriting also.

KIND OF OFF THAT, IF YOU COULD COLLABORATE WITH ANY ARTISTS, WHO WOULD IT BE AND WHY?

MM: It would probably be Gillian Welch because I think she's one of the best songwriters of all time. And I've always been fascinated by the detail in her songwriting. I would love to see that in action and yeah, I would pee my pants if I worked on something with Gillian Welch, so that's kind of the ultimate dream.

HOW WOULD YOU SAY THE PANDEMIC HAS AFFECTED YOUR CAREER FOR BOTH THE BETTER AND THE WORSE?

MM: That's a good question. At the start of the pandemic. I was on tour with an artist named Brent Cobb. And he is one of my favorite songwriters, especially with PanAmericana music. And it was my first tour that I had ever been on. So it was definitely a bummer to have to leave in the middle of that tour. But I do think that it's given me some time to kind of figure out what I really want for my career as a musician. And I think it's given me time to make sure my priorities are straight and I think it's done that for a lot of musicians. There's just so much free time now to really evaluate what's important to you in terms of music. So I think that's been really good.

HAS IT HELPED YOUR SONGWRITING PROCESS, WOULD YOU SAY?

MM: Yeah, just cause I think it's given me a period of time to accumulate thoughts and feelings rather than just constantly be on myself to write, write, write. And I think that's always pretty valuable when you take that time.

YOU MENTIONED YOU RELEASED PART OF YOUR FIRST EP IN APRIL. AND I KNOW YOU'RE IN NASHVILLE NOW. WHAT'S IN THE WORKS RIGHT NOW, WHERE DO YOU SEE YOUR MUSIC CAREER GOING NEXT?

MM: So we are working on Coming of Age pt. 2 right now. And I have a song called "Wild Parts." It's the first single off of Coming of Age pt. 2 coming out, I think March 26th. So that's coming up and I'm super excited. I think it'll be a fun new chapter.

ANYWHERE ELSE THAT YOU SEE YOUR CAREER GOING?

MM: You know, I just, I can't wait to tour more. Like I said, I don't have any touring experience and I can only hope that songwriting opportunities will grow over the next couple years because I love writing and I love writing with other people. And I feel like the more friends I can make, the better.

IS THERE'S ANYTHING YOU'D LIKE TO ADD THAT YOU DIDN'T GET A CHANCE TO SAY?

MM: Not particularly. Just, you know, it's been pretty cool that "Coming of Age" has been played on different radio stations. That's been pretty new for me. And I really appreciate it. And I'm really excited about it.