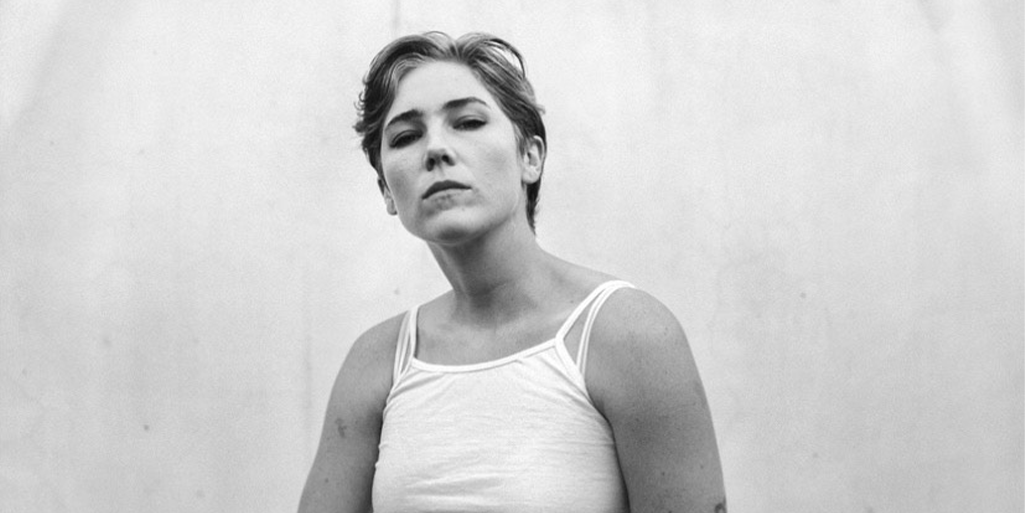 Photo Courtesy of Your Smith

Caroline Smith, aka LA-based singer-songwriter Your Smith recently stopped by the WERS studio for a live mix, and after her performance, she spoke to WERS Blog Editor Lily Doolin. Here's what she had to say about releasing music in this proverbial "day and age," blending the divide between her personal and musical personas in her song "Life is a Path," and how to not be weird while dancing by yourself on stage:

This is your first headlining tour, correct?

Your Smith: Yes, pretty much! I did a bit of a preliminary one, but that was before the full transition.

That's so awesome! I saw you down the street at Royale last summer with X Ambassadors, and that show was amazing. I was like, "Who's that cool chick with the soundboard?" And now we're so excited to have you here in-studio.

So, you're almost at the end of the tour. What have you either learned from this experience, or what are some experiences from this tour that you'll take with you as an artist?

YS: This is the first tour that I've had my own sound tech and my own lighting director. I've always had a band first, and those things felt preliminary. I feel like I discovered those things are really important to have, though, and I don't ever wanna go back (laughs). Just having that consistency every night just helps us all put on a better show.

When I saw you with X Ambassadors, you were alone on stage. Do you find that daunting, with it being just you and the board, or is it actually sort of an empowering thing for you?

YS: It's so empowering. I've been making music for a while, and I've always had a band. Sometimes, as a front person, you can tend to hide behind the band a little bit, but I was forced into doing solo sets because as an opener, it's just too expensive to bring personnel with you. For a long time, it was just me and my little sister traveling the US and opening for X Ambassadors and K. Flay. I really got empowered by it, because I never really had the balls to do it before. Or the bravery… I don't know if I can swear in this (laughs).

YS: I think now, just owning it has really kind of pushed me into feeling good in my own skin.

Also, speaking about the one-woman show thing and all of the dancing you do onstage, I did a quick little internet-stalk before this interview, and I saw your video for the song "Man of Weakness." You actually had a choreographer for that. How does dance play into your performance, or even your production?

YS: I think that the more that I got comfortable being myself and being by myself on stage, the dancing really ensued, and having the confidence to not feel like an asshole when you're dancing by yourself onstage is really hard to do (laughs). I actually come from a large dance community in Los Angeles of just regular-degular people who go to dance class twice a week, and we all hang out. I do work for trade at the studio. It's actually Ryan Heffington's studio, who actually did all the choreography for Sia and The OA. He's really special, I get starstruck when I see him. But we all go to dance, and it's a part of my life, so bringing it into the live show was really natural.

I wanted to talk about "Man of Weakness" for a second. I read that you played it live for almost a year before you actually recorded it and put it out there. Was that sort of a workshop period for you?

YS: No, releasing music this day and age is kind of tricky, it's all about strategy. That song is really special to me, and I wrote it with a couple of really close friends of mine. I just wanted to make sure the groundwork was out before I released that song. I didn't want that one to get forgotten or overlooked or passed over, so I really wanted to build my thing up before releasing something that felt really important and big to me.

Looking at the Wild Wild Woman EP,  it starts off with "Man of Weakness," and then you transition into "Wild Wild Woman" itself. Are those two songs in any way in conversation at all?

What is the difference between this EP, Wild Wild Woman, and your previous one, Bad Habit?

YS: I feel like Bad Habit was me really establishing my voice and the personality that Your Smith takes on, and what you can expect from her. The second one was a bit more, to me, in your face, a bit more heels dug into the ground, saying "No, this is me, this is what I do," and kind of filling that space a little bit broader than with the first EP.

If you could pick one song on this EP that you learned the most from, whether personally or regarding production or songwriting, which would it be?

YS: From this EP, I would say "Life is a Path." I got to work with one of my favorite producers on that song. His name is Ethan Gruska, he did all of the Phoebe Bridgers stuff. That song is really personal to me, it's kind of a depressing song if you listen to the lyrics (laughs). I wrote that at a really low point, and then I brought it to Ethan and we fleshed it out together. I think that that is the most vulnerable that Your Smith has ever been. Bad Habit was vulnerable, but it was all about a guy, and this song is all about my inner self. I think it brought Caroline and Your Smith together for one waltz together.

For sure, I think it's really interesting to see how those two personalities of yours intersect in that song, it's got to be one of my favorites of yours. It feels like a pivotal moment. Finally, what can we expect down the pipeline from Your Smith?

YS: You know, I like to not overthink things about Your Smith. That's the greatest thing about inventing her: She doesn't think things, she shoots from the hip. I think you can just expect more music, more shows, and just pushing it past the finish line. I would like to release a full-length, but I always kind of say in this day and age, you always have to keep music coming out, and if you're not at the point in your career where you can release a full-length and it's going to make a splash, it kind of just goes out into the nothingness. When I make a full-length, I want it to hit. It's going to be a lot of work, with all of the years' worth of work and grind that's gone into it. I just want to make sure that I give it a platform that does it justice.

Willow Smith Makes a New Name for Herself with “The 1st”