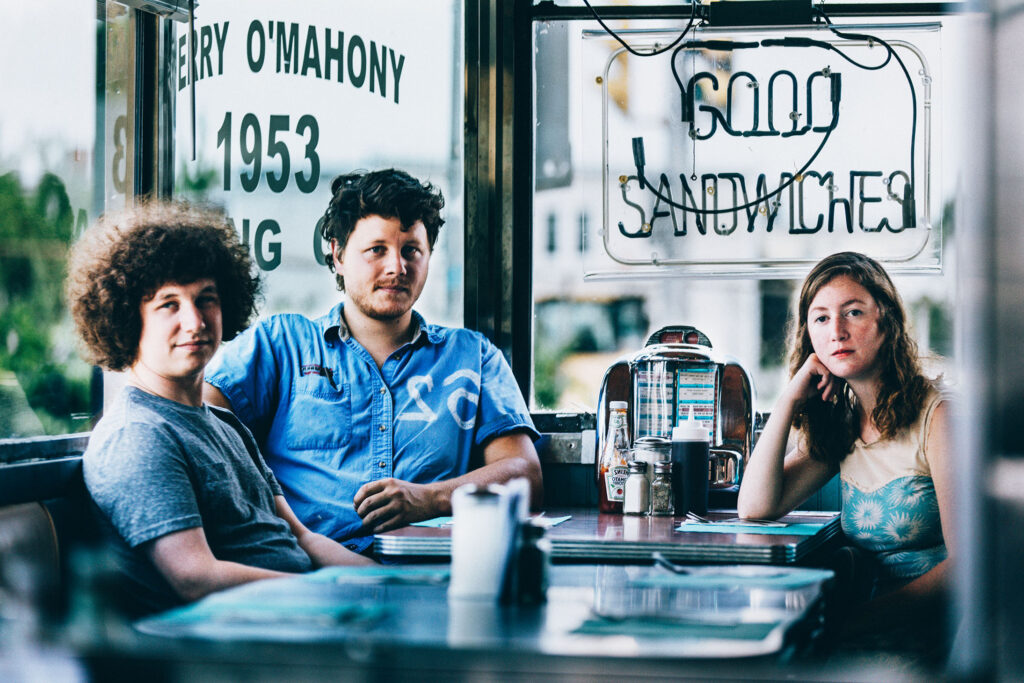 Honeysuckle brought an intimate night of indie, folk, and bluegrass to the Sinclair to celebrate the release of their new album Firestarter.

Amidst all the excitement of an album release, Honeysuckle was laid-back and gracious on stage.

They played with a minimalist set up. Holly McGarry was on acoustic guitar, Chris Bloniarz on mandolin, and Benjamin Burns played the banjo and a single bass drum. McGarry sang most of the lead vocals but all three sang in beautiful, tight harmonies. At times their tuneful singing was reminiscent of Fleet Foxes.

The trio has fantastic vocal chemistry. Each member has a strong and smooth voice, but their own unique sound as well.

Honeysuckle sounded like a full band, even with what little they had on stage.

With some help from loops and reverb, the band created gorgeous waves of sound. They played a mix of brand new songs including "Gaslight" and "Firsestarter," as well as previously released music. "Canary" was one of the night's high-energy highlights that had nearly everyone on their feet and dancing.

In between songs McGarry shared anecdotes about the band and about their songs. In one story her mom-with the best of intentions-tried to start a Honeysuckle fan club called "the sucklers." "That's just not right," McGarry joked.

Every member of the band expressed appreciation for everyone who came to the show and has supported them along the way, building a sense of community throughout the night.

To close, Honeysuckle brought the openers, folk singer-songwriter Sam Moss and bluegrass group Twisted Pine, back on stage for a feel-good cover of Steely Dan's "Reelin' in the Years." McGarry traded verses with Sam Moss and Twisted Pine's Kathleen Parks, while everyone shared in singing the chorus. The musicians were clearly having just as much fun as the audience, really driving home the night's feeling of community.