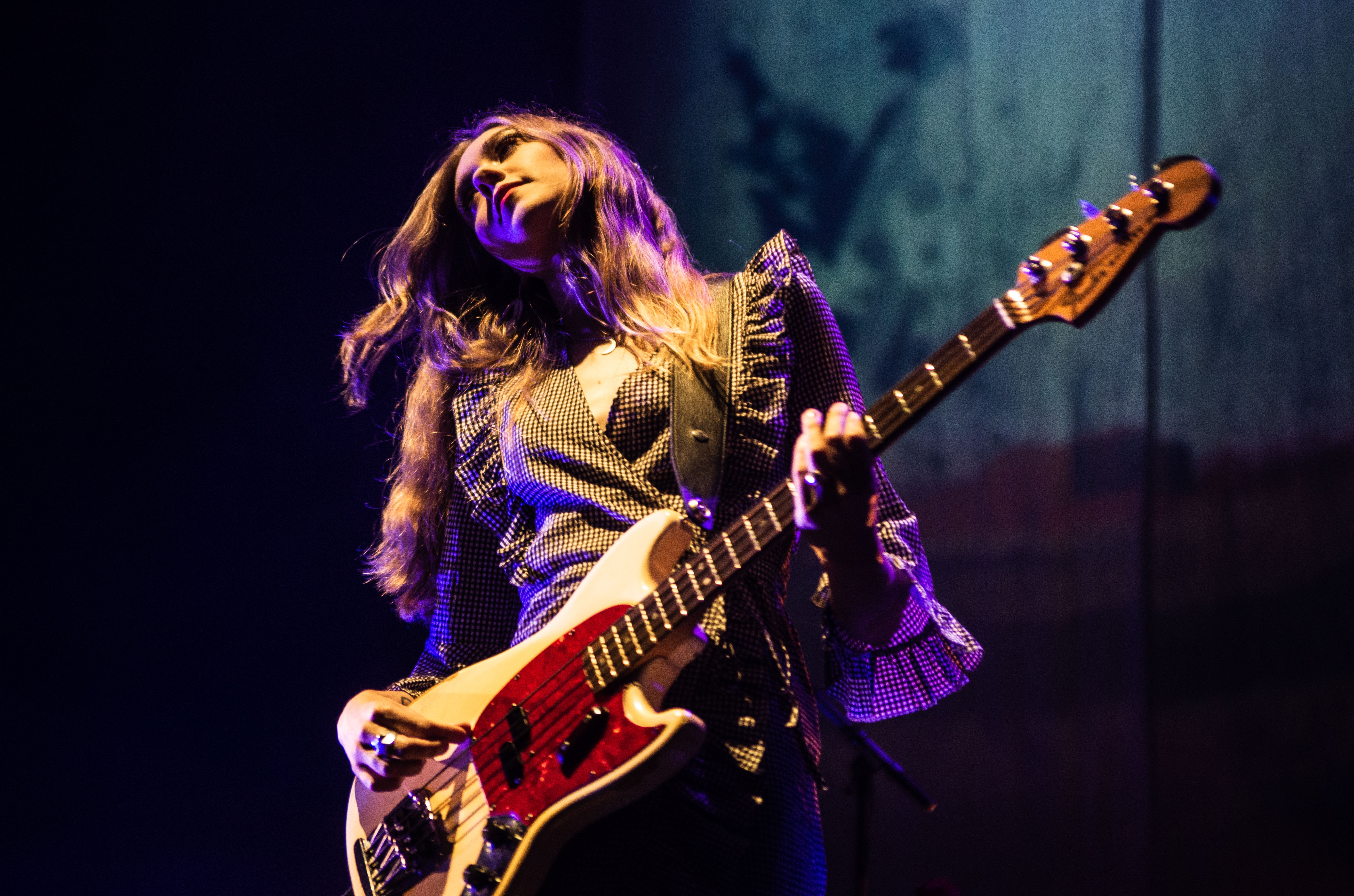 With summer winding down and a breeze from the harbor, Blue Hills Bank Pavilion was the spot to be on Friday for a night of dancing and folk music with First Aid Kit.

First onstage was Australian singer-songwriter Julia Jacklin, joined by her Canadian band. Together, they set the mood with dreamy indie-folk tracks. Jacklin was captivating with her emotional concentration and soft breathy voice, reminiscent of Adrianne Lenker from Big Thief. For her final song, Jacklin bid farewell to her band and performed solo. The confessional track, "Don't Let the Kids Win" was a personal account of family relationships and coming of age. The cheers from the crowd confirmed that Jacklin will be a musician to follow. 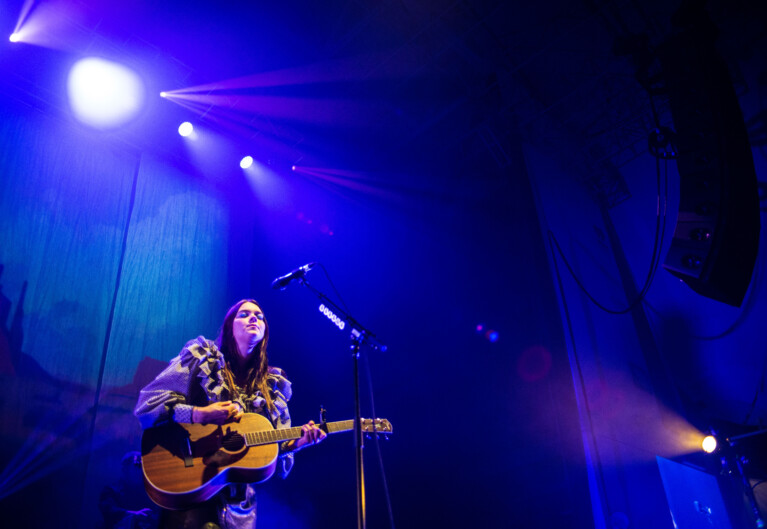 Beams of light shone into the audience as cheers went up and First Aid Kit greeted the crowd.

The sisters, Klara and Johanna Söderberg, wore corresponding outfits. Johanna was in a houndstooth dress that matched Klara's blouse. The Swedish duo began with a low-key song, "Distant Star," that showed off the pair's powerful harmonies. Meanwhile, hypnotizing celestial visuals were projected behind them.

The projection turned into a heartwarming slideshow of the sisters growing up together as the pair launched into "Master Pretender" -- a song about growing up and how "life sucks sometimes," as Klara put it. The audience was on their feet as the tone shifted and the band began "You Are the Problem Here" -- a protest song the two penned about sexism. Unlike their other tracks, there was nothing sweet about the seething, profanity-laced punk track. Upon finishing, Klara addressed the audience, saying "We sincerely wish we didn't have to write that song." The crowd cheered their support.

Announcing a four track EP coming out next week, the band debuted a track from the release called "I've Wanted You."

Johanna jokingly warned the crowd, "This is a long song if you wanna sit down or use the bathroom." After the sweet ballad, the pair got everyone back on their feet with a tavern-style sing along of "By the Hem of her Dress," followed by an intense acoustic cover of Kate Bush's "Running Up That Hill." The group ended the set on "Emmylou," a melancholy track that the pair call a "country heroes tribute."

As the sisters came back out to great applause, giant rotating hearts illuminated the ceiling of the amphitheater and the band began "Rebel Heart." The group ended on their country-influenced hit "My Silver Lining." Finally, the band wrapped arms around each other and took a bow with their mascot Pete, a Beanie Baby lobster from Maine.

Much more than a simple folk duo, First Aid Kit led a performance that ranged from light-hearted sing alongs, to forlorn love songs and angry punk tracks. Even more impressive, the audience came along with the sisters during every shift of emotion, making for an incredibly cathartic group experience. First Aid Kit is a fitting name for the Söderbergs, as they left everyone in attendance feeling lighter on their journeys home. 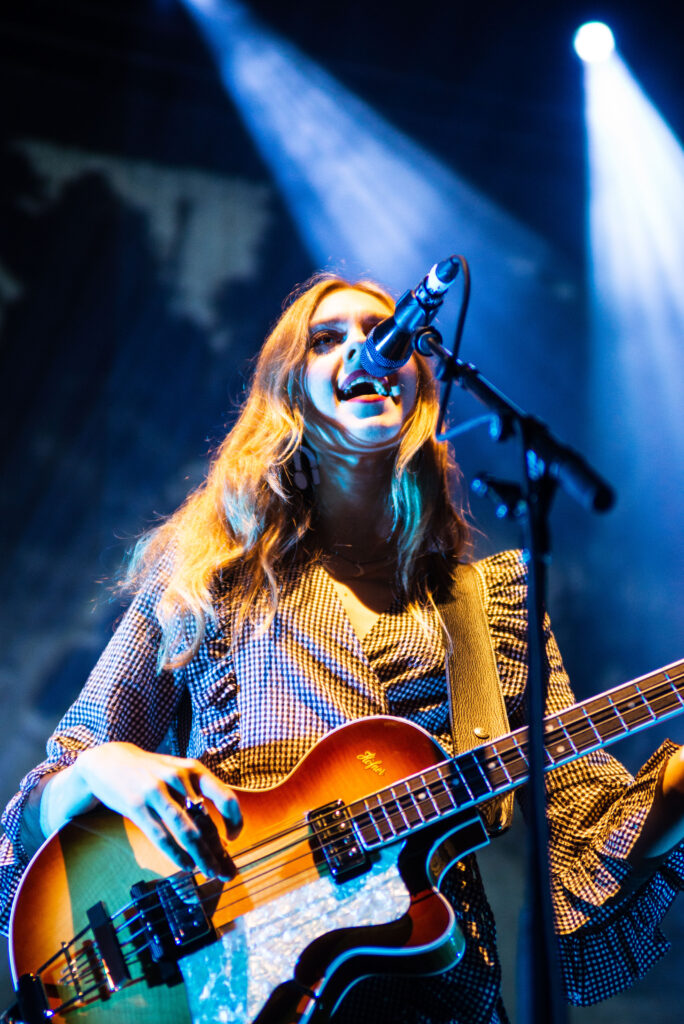