From releasing 8 albums in the past 12 years to recently acquiring more than 531 million streams on their Grammy Award winning single off their latest album, Woodstock, Portugal. The Man has not ceased in climbing the ranks of popularity in the music industry.

The mesh of genres ranging from psychedelic pop, EDM, rock and roll, and a hint of funk makes Portugal. The Man's live show a party that fits everyone's musical preferences.

Ending their long national tour in Boston at Blue Banks Hill Pavilion, the crowd demographic was a varied mixture of both teenagers and middle aged fans, proving age does not matter when it comes to dancing the night away at a Portugal. The Man concert. Portugal. The Man's set was 16 songs with a surprising mixture containing not only their new album, Woodstock, but also a few rock covers, and a homage to their older albums such as Evil Friends and In The Mountain In The Cloud. 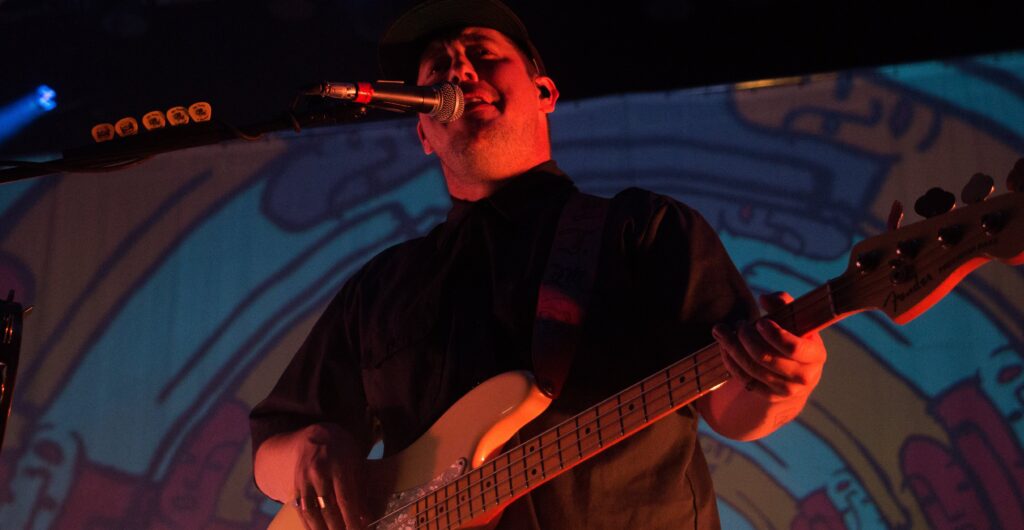 However, the biggest surprise in Portugal. The Man's set occurred before they even came on when bassist Zach Carothers walked on stage to introduce a tribe representative from the Mashpee Reservation of Cape Cod Massachusetts.

The show was opened with various members of the 12,000 year old tribe dancing and singing traditional tribal chants, while the crowd shouted "hoka hey"chants in support. Essentially, Portugal. The Man kicked off the night by using their platform to encourage their Boston area fans to help support the preservation of the Mashpee tribes by calling local congressmen.

Immediately after Portugal. The Man's unique introduction of meaningful advocacy, the rest of the band followed on stage, including lead singer, John Gourley. Gourley's demanding and bold stage presence instantly got the crowd head banging to the opening cover of Metallica's "For Whom the Bells Toll" that was followed by an impressive guitar battle between Gourley's electric guitar and Carothers' bass. The guitar riff grooving was prevalent throughout the entire night with both Goruley and Carothers giving it their all when shredding their guitars to a Pink Floyd cover of "Another Brick in the Wall" and a T. Rex cover of  "Children of the Revolution."

Moving throughout the set with little breaks and stage banter quotes being displayed on their visual screen with texts like: "don't worry we are playing that song after this" and "your mom loves this song,"

Gourley and Carothers saved the forced parents that came with their children to the show from having to stay for the whole show by playing their platinum song, "Feel It Still," in the middle of their set. The platinum status of this song is definitely justified with the audience's enthusiastic reaction of screaming back the chorus of "Ooh woo, I'm a rebel just for kicks, now" and "I been feeling it since 1966 now" followed by a lot of hip twisting and shimmying.

Additionally, crowd favorites on the setlist included the mellow upbeat track "Modern Jesus" that got the crowd fist pumping and singing along to Gourley's cries in "Don't pray for us/We don't need no modern Jesus." Along with the techno, synth heavy, MGMT-esque track off their new album, "Noise Pollution" showcases Gourley's ability to throw down some rap bars, along with an intense bass solo from Carothers.

The crowd was so heavily invested off the energy Portugal. The Man emitted on stage that as soon as they closed with the track, "Holy Roller,"

fans were already beginning to bang on the metal chairs of Blue Hills Bank Pavilion demanding and cheering for an encore.

The crowd's cries were answered when the band returned to the stage to deliver a slowed down encore to their older tracks, "Smile" and "Sleep Forever." Lighters and iPhone lights were held throughout the night's air during the encore, as the show bittersweetly ended with Gourley throwing in a few "Na Na Na's" to the tune of The Beatles "Hey Jude" as their last show of tour came to an end. 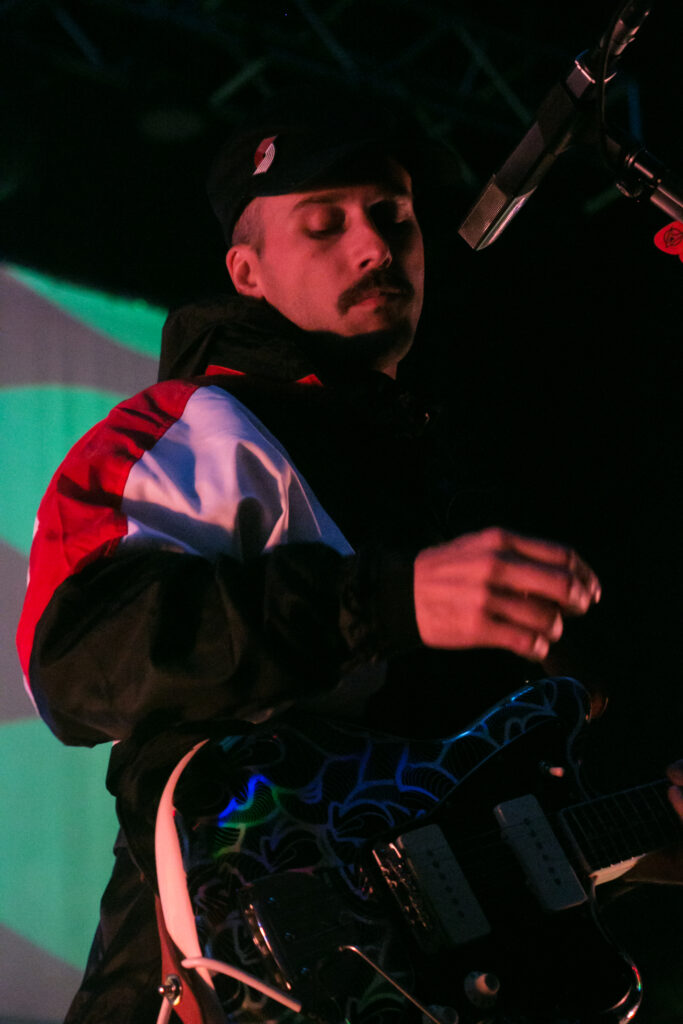 Portugal. The Man's live show is fueled purely off of their vivacious stage energy,

along with their emphasis in showcasing the power of playing instruments on stage with their visual, "real bands don't need a singer," shown throughout the show.