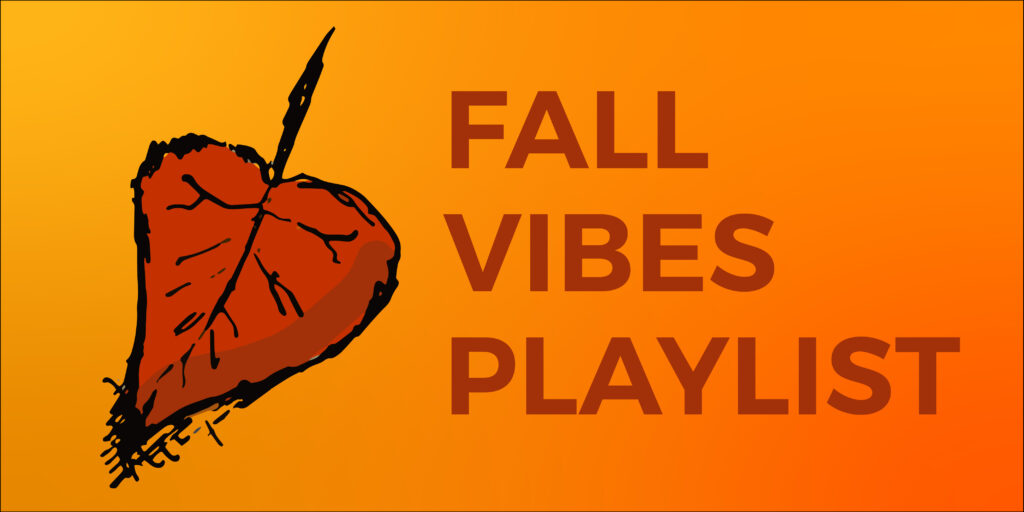 We're knee-deep in New England autumn weather here in Boston! This means it's time for fuzzy blankets, beanies, apple picking, and other fall festivities. For many, fall is the perfect time to wander outside and admire the changing colors of the leaves. As you enjoy a long walk in the crisp autumn air, here's a chill vibes playlist that will keep you as cozy as that flannel you just pulled out of the closet.

This upbeat, yet stripped down song will certainly bring a smile to your face. SALES singer Lauren Morgan uses her raw voice to dip between notes and bring a childlike feel to the music. Simple guitar strumming shares the spotlight with Morgan's vocals. SALES uses acoustic guitar plucking to compliment the singing and keep that upbeat feel throughout the song.

This live-concert recording of the classically loved song is exactly what you need for an autumn walk. The instruments are more muted in this version, making it the perfect opportunity to focus on the real star of the song- the lyrics. Searching for one's identity after a big life change is the message in this Cage the Elephant staple. Listening to "Cigarette Daydreams" can bring clarity during this season of change.

Light On by Maggie Rogers

Maggie Rogers' voice is as clear as the chilly skies this time of year. She channels genuine emotions into her singing, almost pleading at times. With backup harmonies, electric tracks, and drumming, the song has the potential to be busy. However, Rogers begins the song with just vocals and guitar strumming, and gradually adds all the elements. It transforms the song into something bold and fierce. She finishes the cycle by ending the song just as simply as she started.

"Bambi" is a song nicely paired for your morning work commute through the crisp air. Lead singer Jake Luppen takes his time through the lyrics. He also uses his falsetto register to add some more dimension to the song. The ending is the coolest part; the bridge and the chorus are sung at the same time! The layering makes for a super interesting twist.

A good description word for this Arlie song is 'transportive.' It's a mellow, calming tune with building waves of sound. "Water Damage" keeps the vocals muffled and far away from the listener. Then, they bring the music effects closer, giving the instruments the power.

Wake Me by Bleachers

Jack Antonoff really draws listeners in with his straightforward lyrics. The start of the song features minimal elements to distract from the words. "I can't believe I captured your heart" is the most attention-grabbing lyric in this portion of the song. Then, about halfway through, the simplicity abruptly stops and turns into a whirlwind of sound. He repeats the same words with his own background vocals, adding chaos to the section. Eventually, Antonoff scales back and returns to his original "Wake Me" rhythm.

Again by Empress Of

This song starts as a trickle and keeps building. Lorely Rodriguez shows her range as she takes on high notes. Her melodic tones could put listeners in a trance. The song uses both flow-y singing and mechanical backing instruments, making for a cool, unexpected intersection between the two perspectives.

Saw You In A Dream by The Japanese House

This song sounds like, well, a dream. It's the perfect soundtrack addition to a lazy fall afternoon. Amber Bain's soothing voice feels like it soars and dips through the song, and the backing instruments help create an illusion of haziness. It's a perfect song to wind down with after a long day.