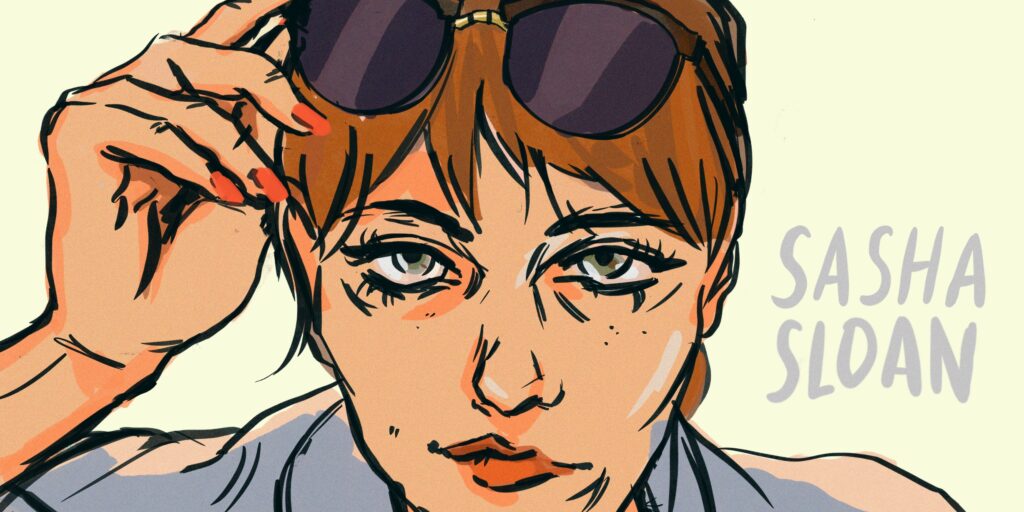 Sasha Sloan, or @sadgirlsloan as she's known on social media, is a Boston native who is making a name for herself.  A lot has changed for the self-proclaimed "sad girl" since her features on electronic-pop songs by artists like Kygo and Odesza. She has written for famed artists like Camila Cabello, LANY, and Charli XCX. Sloan also released two substantial EP's of her own titled, "Sad Girl" and "Loser," and recently announced an upcoming EP and tour.

Sloan writes in her work about her parents and their slightly tumultuous relationship in songs like "Older." Her Ukrainian father was an immigrant and her mother a teacher. Her parents settled outside Boston, where Sloan experienced her parent's struggles and two divorces. Sloan inevitably found solace in music and playing instruments, specifically the piano. Her talents led to her acceptance to Berklee College of Music, where she attended for a year. However, Warner Chappell Music offered her a publishing deal, leading her to drop out after a year. The musician moved to Los Angeles at 19, working at a coffee shop to support herself while she penned music.

After the success of Sloan's first single, "Ready Yet," she released her debut EP, "Sad Girl," on April 18, 2018. Sloan defines her sound as "quirky dark pop" in an interview with Beat Magazine. While listening to the EP, it's apparent how influenced she is by artists like Fiona Apple and Alanis Morissette. She stated in an interview with Harper's Bazaar that artists like them are few and far between. She explained, "they empowered me to release my own music that wasn't 'I'm the hot girl in a bra on a stage,' you know? Just me in a hoodie, being sad."

The songwriter's second EP, "Loser," released on November 28, 2018. The title is ideal for Sloan's tendency to lean towards self-deprecating humor. It still exudes her "sad girl" image but with a little more finesse this time around. Songs on the EP like "Version Of Me" and "Chasing Parties" are still vulnerable, but with faster tempos and catchy hooks. Lyrics like, "But I'm done chasing parties/I'm done chasing bodies/I'm done getting home past 2/I'm done 'cause I finally found you" are a reflection of Sloan's slow transition to a less sad and more content headspace as she ages, falls in love, and accepts her quirks.

Sloan recently released a few singles in preparation for her new EP. Sloan also hinted on social media that her third EP will drop in the next month. The singles include: "Dancing With Your Ghost," "at least i look cool," and "smiling when i die." "Dancing With Your Ghost" has been extremely successful, with over 10 million streams on Spotify. Sloan's writing ranges from heartbreaking to ironic in many songs. However, in "at least i look cool," her lyrics are reminiscent of Lorde circa Pure Heroine. She sings, "At some house I can't afford/Blacked out on the tennis court/Honestly, I'm kinda bored/But at least I look cool." Sasha Sloan is undoubtedly angsty, but at least she looks cool while doing it.