The Hold Steady: Locked In and Ready to Go 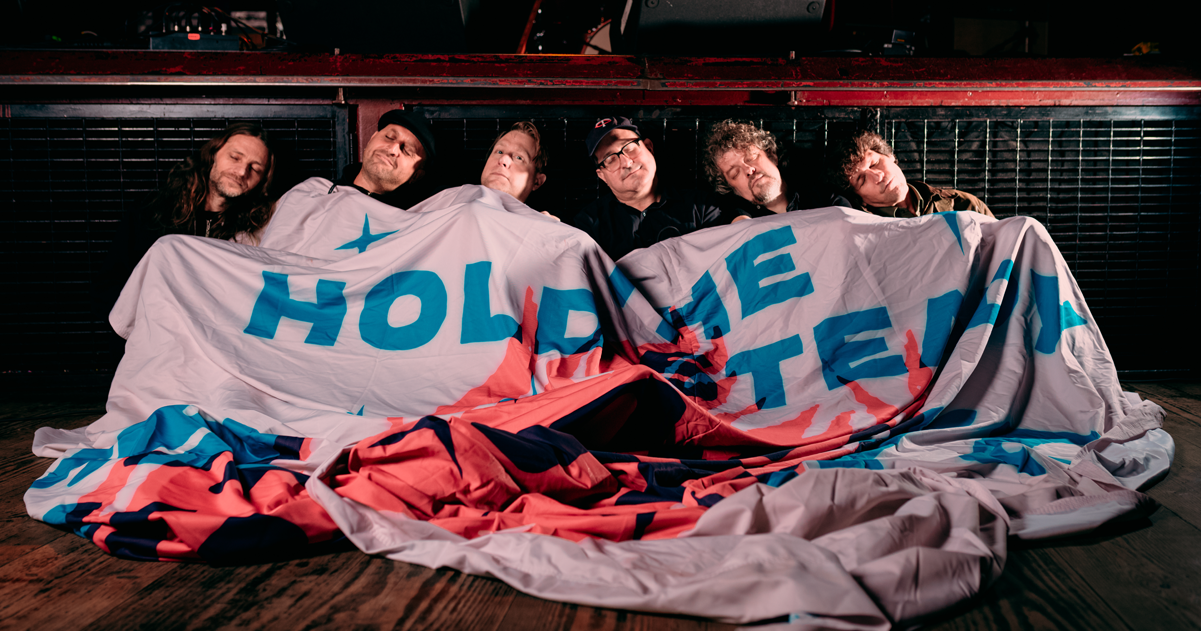 Photo Courtesy of The Hold Steady

Brooklyn-based alt-rock band The Hold Steady just released their new album, Open Door Policy. Right before it dropped, lead singer Craig Finn sat down with on-air host Meghan Hockridge. They talked about the album, music during the pandemic, and more.

SO YOU GUYS HAVE THIS NEW ALBUM OPEN DOOR POLICY THAT JUST CAME OUT, LET'S TALK A LITTLE BIT ABOUT IT! IT WAS RECORDED IN EARLY 2020 RIGHT?

Craig Finn: Yeah! It was recorded mostly in two sessions August 2019 and December 2019. So at the end of 2019, I'd say it was 80% done. We still had some overdubs to do and some mixing. But, you know, life got in the way and the pandemic happened. It was kinda like, "oh let's wait and figure out when we're gonna put it out, time it with some shows." That's kind of what you do traditionally.

But as we dragged our feet and waited to see what happened, it just seemed like maybe we should go ahead and finish it and put it out. So we mixed it over the summer and now it's out. It probably could've come out a few months earlier, but a lot of things were unprecedented this year.

NO KIDDING! WHAT WAS IT LIKE HAVING THAT TIME OF WAITING TO SEE WHEN THINGS MIGHT GET BETTER TO PUT IT OUT?

CF: I guess the one thing we kept thinking was everyone's going through it, right? There was this feeling of drifting away from the shore. In March, we played our last shows in London; we do an annual thing there. It felt like when we landed the plane home, it was on, as far as the pandemic was going. But we thought we would be playing again in September, right? So there was a feeling of it drifting further and further away.

But one thing we always said throughout was that we were not going to be trend setters as far as this stuff goes. When it's safe to play shows, we'll play shows. We weren't trying to push it in any way. We did have to cancel some heartbreaking show dates. Australia being one that we had not been back in ten years so I was really looking forward to that.

THIS IS THE 8TH STUDIO ALBUM FOR THE BAND, WHAT'S NEW THAT THIS ALBUM IS BRINGING TO THE TABLE?

CF: You know, it's funny, because I feel like this one isn't somewhat new. I've been struggling to explain what's new up until recently. I think the biggest thing is our piano player Franz Nicolay. He was out of the band for a while, came back a few years ago in 2016. But when he came back, we started recording music and putting it out as we completed it.

We did put out a record in 2019, but it was kind of a collection of those songs. So this was the first time since Franz came back that we've been a six piece band that decided to make an album, like "this is gonna be an album". You make different decisions when you're making an album. When you're releasing singles, you're kind of swinging for the fences each time. When you're making an album, you might say, "wow that's the weird song at the end," or "that song sets up this other one." So I think there was a lot of attention to that.

I think, lyrically, making an album puts me in a different mindset of maybe making something or has some themes that go throughout, rather than hitting reset every time when you're making singles. The producer, Josh Kaufman, helped us to really do a good job to find everyone's place. Like I said, there's six of us now, so there's a lot of music happening. Sonically, he was able to place it all in a cool way.

AWESOME, SO YOU HAD A GOOD OVERARCHING SETUP FOR THE ALBUM.

CF: Yeah! It's kind of nice. We all grew up listening to albums, so I think there's something kind of fun about going into a project with that in mind. Even though in this day and age, with technology being what it is and what not, maybe people aren't listening to full albums as much as they used to. It's still kind of fun and interesting to go try and make that.

KIND OF TOUCHING ON THAT A LITTLE BIT, WHAT KIND OF INFLUENCES DO YOU THINK CAME INTO THIS RECORD THE MOST?

CF: We're at an age where I think our influences are a little bit set but it's rock bands we loved always. '70s rock is probably the biggest: Zeppelin, Springsteen. We talked about Pink Floyd a lot early in the process, at least me and the producer did. That is an example of a band that's known for making big albums. '70s Pink Floyd with The Wall, Dark Side of the Moon, [those] are classic pieces that you listen to altogether. I don't know how much it influenced us, but we were talking about that. So I'd just say the rock & roll that we grew up with has always been the thing we lean on.

WHAT WAS YOUR FAVORITE PART OF MAKING THE ALBUM OR WHAT STEP IN THE PROCESS DO YOU THINK REALLY STOOD OUT?

CF: We made this record, like I said, in two sessions, and the first one was in August 2019. Both sessions were fun, but the weather in August was better than in December. We made it in Rhinebeck, New York, which is upstate about two hours north of the city, at a place called The Clubhouse, which is on this beautiful piece of land. So it was really nice, especially in August, to be up in the woods. We grilled out and drank beer, so there was something really kind of a summer camp vibe about that first session. December was just a little hard; it was cold and there was snow. We still enjoyed it, but it didn't have that sort of laid back summer thing.

WHICH SONG ARE YOU MOST EXCITED ABOUT FINALLY COMING OUT?

CF: I'm most interested in people's reaction to "Unpleasant Breakfast," which is the last song on the first side. It's the first ever Hold Steady song, I think, to use a drum machine. It's funny when we were getting ready in December to play some live stream shows…. Franz takes really good notes and has charts and everything, and he informed me that we have 119 songs. So you get to this point, it's our eighth studio album, and it's like well stakes are kinda like whatever. If we don't like a drum machine on this song, there's 118 that don't have them. But also, I was just kind of proud of that song and the story it told. That one's a personal favorite of mine, just the way it developed and the way it sounds.

YOU MENTIONED THIS A LITTLE BIT, WHAT IS YOUR ATTITUDE TOWARDS THE LIVE STREAM SHOWS AND THIS NEW WAY OF CONNECTING WITH FANS THAT HAS COME OUT OF THE PANDEMIC?

CF: At first, I was really trying to stay away from them. I think everyone's reaction at first was this is gonna last a few weeks. Everyone was getting on their computer with an acoustic guitar, and I found a lot of those were not very compelling for me to watch. So we didn't do anything like that. But what we did do in December, we have an annual group of four shows called Massive Nights in Brooklyn. And so we decided to go ahead with those, it was our fifth annual. We did those as live streams, but with a full band just playing to an empty club with several cameras that shot it. And that was really cool.

I think what made it especially cool was we could see, there were monitors in the club that allowed us to see the people kind of through Zoom technology, watching from their homes. And people were holding up signs saying where they were watching from and there were people from around the world. People were drinking and dancing and holding up their pets! It wasn't as good as the real thing, don't get me wrong. But it was probably the best days I've had during the pandemic. And it did speak to the community that has formed around this band, which is amazing. It reminded me of all that we've lost, not being able to do real shows, but also all that we have, and that's an amazing fanbase and people who wanna hear these songs who live all around the world, and that was spectacular.

I'VE GOT ONE MORE QUESTION FOR YOU, KIND OF RELATED TO WHAT WE WERE JUST TALKING ABOUT. WHAT IS ONE SONG OFF OF THE ALBUM THAT YOU ARE MOST EXCITED TO PERFORM LIVE, EITHER FOR A LIVE STREAM KIND OF THING, OR FOR AN AUDIENCE WHEN THAT'S POSSIBLE AGAIN?

CF: I think "Spices," that's the second song on the record. Just because it's kind of got a classic big riff that Tad [Kubler] does on guitar. But also it's got a great horn line and for the shows we've been doing we've been bringing in a horn section. That always makes me feel cool when the horns come in, you know? The band just sounds extra muscular at that point. So I love playing with the horns and "Spices" has definitely got that, they come in on the chorus and it feels like things take off. So I'm excited for that one live.

Gorillaz’ ‘The Now Now:’ Does it Hold Up?