Spoon Takes a Seat to Talk About “Lucifer on the Sofa” 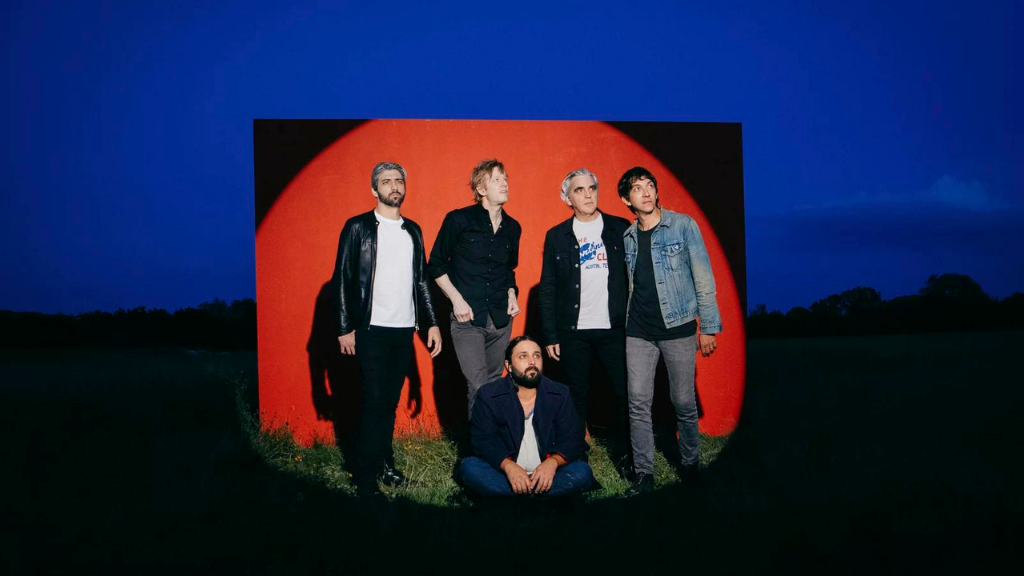 If you haven’t heard, we’re overjoyed to be putting on a day dedicated to Spoon, a band 88.9 has played and loved for over 20 years. As a part of this celebration, we dove into the band’s latest happenings with none other than Spoon’s frontman Britt Daniel. Music Coordinator Tatum Jenkins sat down with Daniel just before the band’s new album Lucifer on the Sofa released. They covered some of the album’s themes, inspirations and technicalities — from the best drum moment to how it will feel to play live — and more.

I WANTED TO START WITH SORT OF A STATEMENT AND SORT OF A QUESTION. SOMEONE SAID, "I INTERVIEWED THEIR DRUMMER ON WERS AS A STUDENT AND I’M AN OLD MAN! GLAD THESE GUYS ARE STILL ROCKING HARD AND MAKING MUSIC FOR THE INDEPENDENT MIND." SO THAT LEADS ME TO ASK, DO YOU HAVE A FAVORITE DRUM MOMENT ON THE NEW ALBUM?

BD: I really like the drums on the first song because you hear two different takes along at the same time. It's a cool little trick where the whole take of guitar and drums, it's hard pan to the left, and then there's a whole other take, hard pan to the right, and they're playing at the same time. And you don't really notice unless maybe you have put on headphones, but it's just a cool sound. That was Jim's idea. We've done that once before. I can't remember what song, but yes, I think that sounds amazing.
&nbsp

THAT SOUNDS SO COOL! AND SPEAKING OF THE SOUND OF THE NEW ALBUM, OUR LISTENERS WERE ESPECIALLY CURIOUS ABOUT YOUR INFLUENCES, AND I READ SOMEWHERE THAT YOU WANTED A MORE CLASSIC ROCK SOUND. I’M CURIOUS, IF YOU HAD TO GIVE THE LISTENERS OF THIS ALBUM REQUIRED LISTENING – ARTISTS OR ALBUMS – WHAT WOULD YOU CHOOSE?

BD: I don’t know if it’s a classic rock album. I think it's funny because I have these quotes where I kind of spout off, and I think I said that one thing about classic rock. It gets thrown at me a whole lot. I love classic rock, I love some classic rock, you know? So if I had to pick some classic rock records…Green River by Creedence. Does that qualify? Zeppelin Four. Even the Doors, like Strange Days, that's a good record. Pink Floyd, like Dark Side of the Moon, it’s hard to top that. I don't think that's what this record sounds like, but that's another classic rock record I love.

WERE THERE ANY ALBUMS, NOT SPECIFICALLY CLASSIC ROCK, OR ANY ARTISTS THAT REALLY INSPIRED THE ALBUM?

I get inspired by hearing amazing music. If I listen to music that’s okay or kind of in the background, I'm trying out things and I think they're all right. Then yeah, that's a good experience. It's good to get educated. But when I hear something that I really, absolutely love, that's what kind of inspires me, gets me in the mood to sit down and do something myself. And all three of those artists have that in spades.

I LOVE THE NAME OF THE NEW ALBUM LUCIFER ON THE SOFA. AND I KNOW YOU SAID THAT LUCIFER IS A CHARACTER, SORT OF A PART OF YOURSELF. HOW HAS THAT CHARACTER CHANGED FOR YOU NOW SINCE YOU FIRST CONCEPTUALIZED IT?

BD: ​​Lucifer on the Sofa is the character I can become in times of stress. It’s another side of me that I like to see as little as possible. And it's just a fancy way of putting it, really a poetic way. And every title, every great rock and roll record needs a great title, and that seemed like it fit the bill.

It also made my mother moan in agony when she heard the title. She literally said, “Oh no!” when I told her the record title. I was stressing about it for a while because I know her religious background and I know there's sometimes not room for nuance. I knew that she would take it as a potentially pro-Satan title, and it's not a prose of the time, it's just mentioning Lucifer.

But [the changing of the character] can still happen. I haven’t seen that guy in a bit, but I know he’ll be there the next time I’m stressed out for one reason or another. Things like the start of a pandemic can be a little stressful. They can be a little bit unnerving. And that character came out a lot, and that's why that song got written in April 2020.

DOES YOUR MOM HAVE A FAVORITE SONG ON THE RECORD? HAS SHE LISTENED TO IT YET?

BD: She did listen to it; she was a little nicer once she heard the record and she said something like she likes the way I was singing. She thought I had sung in the same way before and I asked her what she meant, and I think she singled out “My Babe.” I think what she's talking about is that song has that two part harmony that goes all the way through the verses and bridges. I think that's what she's talking about, but yeah, she came around to it.

MY FAVORITE SONG OFF THE ALBUM SO FAR IS “WILD” AND I’M ESPECIALLY CURIOUS ABOUT THE INSPIRATION BEHIND THE SONG, SPECIFICALLY VERSE TWO, WHICH SAYS “TRIPPERS AND ASKERS, THEY SURROUNDED ME, ALL THEM DESCRIBIN' HOW THEY'D LIKE ME, ALL THEM WANTIN' SOMETHIN' SPECIAL, BRING 'EM ROSES, SING THEM BLUES.”

BD: “Trippers and askers, they surrounded me.” That’s a Walt Whitman quote that my friend Sean had suggested to me. And it kind of fit in with the song, which is a song about leading a regimented life and sort of a cold and structured and maybe unforgiving life. And longing for the world that one used to know, maybe a world where things were a little bit more adventurous and loose and seedy, perhaps and full color and wild. That's what the song's about.

And it was one that I had sat on for quite some time. I sat on the music for quite some time, for years. I'd never been able to write words, but finally, around the same time as “Lucifer on the Sofa,” so spring of 2020, I finally got the words together.

ANOTHER SONG THAT LISTENERS WERE CURIOUS ABOUT, NOT FROM THIS ALBUM, WAS “THE UNDERDOG.” AND AT LEAST SOME PEOPLE THINK THAT’S YOUR HIT SONG, AND DO YOU SEE IT THAT WAY?

BD: Yeah, that’s a hit. I remember laying in bed in my apartment in Austin in probably 2004, and just laying there and these words came to me. It felt like a political song to me where I was thinking about people that try to run the world by stepping on their opponents neck, you know, and being cruel and assuming that there won't be any repercussions for that. And about how unwise I thought that was and how shortsighted I thought that was. And then words came out, I put it down on paper.

I don't you don't usually write words first, but occasionally I do. And it's funny how when I do, the songs seem to come a lot faster. And I went in the other room and kind of strummed along to it with the sort of vibe of like “Keep The Customer Satisfied” by Simon and Garfunkel. That kind of thing, that kind of tempo. And there and then I had it — it came real fast.

YOU’LL BE IN BOSTON IN APRIL, AND I’M VERY EXCITED FOR IT. IS THERE A SONG IN PARTICULAR YOU’RE EXCITED TO PERFORM LIVE?

BD: I'm excited to perform live the songs on this record, because we haven't gotten a chance to play many of them. We went out and did a tour in September and October, played about 15 shows, but because the record hadn't come out yet, we didn't play too many songs from it. We'd play like one or two new ones a night, and I'm really looking forward to it.

This is a record that the songs really lend themselves to live performances. Sometimes you get to the point where you finish an album and then because it's been made in the studio or for whatever reason, you have trouble figuring out, okay, ‘how are we going to play this in front of an audience?’ But this one? It's that kind of record. It's a genuine rock record, and for that reason it just seems really easy to translate it to shows and I can't wait to play those songs.