While it was at least 90 degrees inside of State Theatre with no signs of air conditioning to be found, everyone there was in such a good mood.

That's the power of music! Every minute you could see people walking up and down the aisles with cold beer spilling off the tops of their extremely overfilled cups. I think that was the lifeblood of this concert, besides water of course. While I squatted in the photo pit waiting for the band to come out, I looked up and people's bodies were PRESSED up against the barricade like sardines, all viciously sweating.

While observing the crowd, I noticed the diversity in age, something that I've never really seen during a lot of the shows I go to.

It ranged from families with kids who have to be no older than eight, to people in their sixties. I think this is something that made the show stronger. Silversun Pickup's music was able to reach this wide range of audience members, and that's pretty damn awesome.

The show started in this deep blue haze, enveloping the band members as if they were swallowed by a wave.

I give props to their tech team, because this is one of the only shows where the lighting seemed to really fit the aesthetic of the band. The more I listened, I noticed that they had some haunting riffs that reminded me of a band I listened to growing up, The Smashing Pumpkins. Some of Silversun's songs had moments from their hits such as "Tonight, Tonight" and "Disarm."

The drummer, Chris Guanlao, was the most entertaining to watch during the set; it was completely exhausting in the absolute best way possible.

It's always difficult when they put the drummers in the way back of a stage (even though there was plenty of room to move him closer). That's sadly kind of a signature move.

All in all this show was a pretty epic experience, every song could be an anthem. Going into the show I felt like more of an outsider since the only song I truly knew was "Lazy Eye." However, you didn't have to know the songs to be able to enjoy the show. 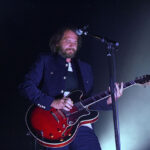 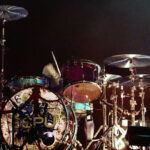 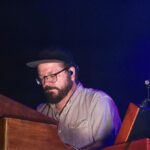 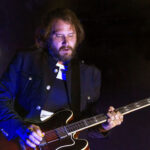 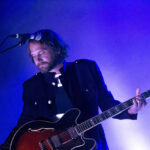 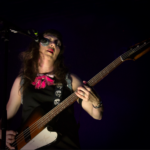 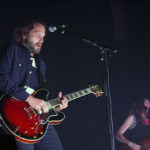 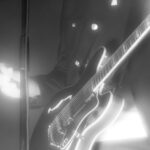