Pick of the Week: Will Dailey “Easy To Be Around”

“Easy to Be Around” from Boston artist Will Dailey has a sound nearly as laid back as the person described in the lyrics. The song is a bittersweet ode to the people-pleaser; to someone little-perceived for their full depth.

DIVING INTO THE LYRICS AND SOUND OF “EASY TO BE AROUND”

At first listen, the repetitive lyrics seem to just acknowledge the convenience and simplicity of being with this person. But it’s soon apparent that there’s a more tragic tinge. “Love you cannot hold, just like every breath,” Dailey sings after the first chorus. And later, he asks the question: “It’s so pleasing to be pleased by you, but what’s it say of me if I let you?”

The sonic landscape feels constantly moving and changing, although in a relaxed manner. Layers of guitar, bass, drums and keys work in varying combinations. It’s Dailey’s voice that rises above the layers of sound, holding the torch that lights the way for listeners.

While it certainly isn’t a brand new sound from Dailey, “Easy To Be Around” pulls in more tangible notes of a soulful, R&B style. Why it feels not-quite new is likely because of the way most of Dailey’s discography, easier to classify as indie-folk, has long held a sense of soul to it. Whether a cover song or an original, it is palpable that Dailey sings from his heart.

HOW WILL DAILEY MADE AN ENTRANCE WITH THE TRACK’S RELEASE

With a music career over a decade long, it’s no surprise how cool and confident Will Dailey sounds in “Easy to Be Around” — he’s learned a thing or two over the years.

Despite the gentle cool it possesses, the song made quite an entrance. As Will Dailey’s first release since an EP of covers in early 2020, it was a long-awaited taste of something new from the Boston Music Award-winning artist.

The release of “Easy to Be Around” included a 67-second track of “credits.” Atop a slow and groovy backing resembling the single, Dailey starts off: “Easy to Be Around. Recorded at Studio Solitaire…” He continues on, rattling off the names of the player of the keys’, bassists and more involved. At the end, he echoes, “now you know,” until it trails into silence.

The recording is a show of Dailey’s genuinity and gratitude. It’s his way of ensuring these fellow artists won’t end up as unrecognized as the person described in the lyrics he penned.

In celebration of its debut, Dailey performed the single at Club Passim in Cambridge on June 5th.

“Club Passim is one of the clubs I would dream about when I couldn't go anywhere to play," Dailey told Broadway World, referring to the Covid lockdown’s halting of touring.

Once restrictions were lifted, Dailey did not waste time in getting back to live gigs. He set an ambitious goal to perform 100 shows in 2021. Ultimately, he came slightly short of the goal, but there’s no telling what milestones he’ll reach in the rest of this year. Be sure to continue following along — Will Dailey is one to watch.

Pick of the Week: The Avalanches “The Divine Chord” 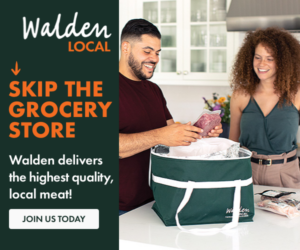