Boston's own Ella Williams A.K.A. Squirrel Flower announced her upcoming album with the eerie ballad "Hurt A Fly." Embodying the persona of a manipulative partner, Williams guides the listener through a conversation. She sings, "took it too far again / thought that you were my friend." Accompanied by a steady backbeat and low humming electric guitars, the song opens up into a passionate chorus as she sings " you know I could never hurt a fly / unless it wasted my time." The next Squirrel Flower album, Planet (i), comes out on June 25th.

A cheerful guitar melody introduces Chris Cornell's cover of John Lennon's 1981 track. For his latest album, No One Sings Like You Anymore, Cornell adds a folk twist to the classic song. The former Soundgarden singer interprets the original lyrics to fit a more upbeat melody. Heavy drums, tambourines, and maracas accompany the lyrics. Cornell sings, "I'm just sitting here watching the wheels go round and round. I really love to watch them roll." A gentle guitar strum signals the end of this remastering of a genius song.

Filipino singer-songwriter Beatrice Laus, known professionally as Beabadoobee, comes in swinging with her new single "Last Day on Earth". Written alongside Matty Healy of The 1975, "Last Day on Earth'' serves as a perfect quarantine jam. Laus' single is a personal reflection on how she would have spent her last days of normalcy had she known how long and intense the global lockdowns would become. The more sober message sounds divine juxtaposed against the soft indie rock stylings of a 1990s "Just The Hits" radio station. It makes for an upbeat and endlessly enjoyable listening experience for all music lovers.

BACHELOR - "STAY IN THE CAR"

Jay Som's Melina Duterte and Palehound's Ellen Kempner paired up to form the new band Bachelor. On their second single, entitled "Stay in the Car," the duo channel an explosive yet droning Pixies-inspired sound. Wailing electric guitar accompanies their soft voices and erupts during the hook. Kempner said she wrote the bass-driven rock tune at a parking lot in late 2019. She saw a beautiful woman get out of a car, then yell to the man behind the wheel to ask him what he wanted from the store. Instantly mesmerized, Kempner wished she was in that woman's life and wrote the song. Bachelor's debut album, Doomin' Sun, comes out May 28th.

Chris Vos on How The Record Company’s ‘All of This Life’ Came to Be, and More. 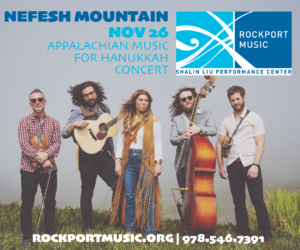