Lizzy McAlpine Is Finding Her Own Way 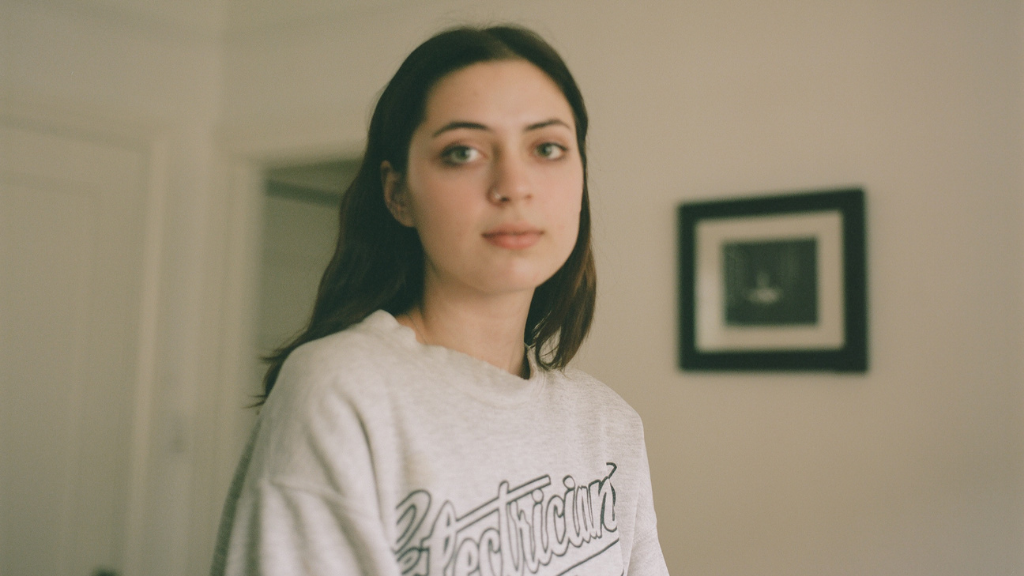 Lizzy McAlpine is learning, growing, and finding her own way. The singer-songwriter, originally from just outside of Philadelphia, found herself based locally when she moved to Boston in 2018 to attend Berklee College of Music. Before beginning her third year, McAlpine decided to leave school to focus on her career. Her new chapter has been filled with both challenges and exciting opportunities — from touring with Dodie to collaborating with Finneas. Sitting down with staff writer Lauren Surbey, she reflects on it all.

I GUESS TO START, HOW WAS YOUR SURPRISE APPEARANCE AT COACHELLA?

Lizzy McAlpine: That was really fun, it honestly felt like a movie. It was very surreal, and very fun.

THAT’S SO GOOD! I’M GLAD YOU HAD FUN. SO HOW DOES IT FEEL TO HAVE ALL OF YOUR SHOWS SOLD OUT IN LESS THAN A DAY?

LM: That was also pretty surreal. I honestly didn’t believe it.

I kept texting my manager Sam and being like “Sam, there’s just no way that this happened. There literally has to be an error, that’s wrong, I don’t believe you.”

It was difficult to wrap my brain around, but pretty cool.

WOW, YEAH. SO THERE’S RUMORS THAT THE 7/11 THAT YOU REFERENCE IN “ALL MY GHOSTS” IS THE 7/11 ON MASS AVE, ACROSS FROM BERKLEE. IS THAT TRUE?

AND HOW DOES IT FEEL HAVING “ALL MY GHOSTS” PLAYING ON THE RADIO NOW?

LM: It feels cool. I mean, I still have never heard my song being played on the radio myself, but my mom has texted me every time that she hears my song on the radio. She texts me and she’s like, “Look! They’re playing your song!”

CAN YOU TALK A LITTLE BIT ABOUT YOUR TRANSITION FROM BERKLEE TO WHERE YOU ARE NOW? HOW DID IT FEEL TO DROP EVERYTHING TO PURSUE THIS CAREER?

LM: It honestly felt pretty easy to do that. Maybe that’s not good, but I don’t know.

And by the time that I was about to release my first album and COVID was happening, I was just like, “I don’t really want to go back for two more years online.”

And I also kind of felt like it was holding me back from really pursuing my career. It just felt like a pretty easy decision to make in the moment.

THAT’S GOOD TO HEAR. I FEEL LIKE THAT HAPPENED TO A LOT OF PEOPLE WHEN COVID HIT AND THEY ALL JUST DIDN’T WANT TO CONTINUE WITH IT, WHICH TOTALLY MAKES SENSE.

SO DO YOU HAVE ANY ADVICE FOR SOMEONE WHO MIGHT BE IN A SIMILAR TRANSITION THAT YOU WERE IN, GOING FROM COLLEGE TO PURSUE SOMETHING ELSE?

LM: I mean, really just don’t focus on what everyone else is doing. Especially if you’re dropping out of college when all of your friends are still there, you know.

It just, sometimes can be difficult when you focus on what everyone else is doing around you. Like how many cool things they’re doing or what their life looks like on the outside, [or thinking] ‘I’m not doing that,’ ‘I could be doing this,’ and ‘I could be doing more.’ If you focus on that, you’re never going to get anywhere because you’re just going to be in your head all the time.

I feel like it’s really important to put your blinders on and really just focus on you and your craft and your art, and that’s gonna get you to where you need to go.

YEAH, DEFINITELY. AND HOW WAS TOURING WITH DODIE?

LM: It was long and difficult. Two months long, which is crazy, but it was a learning experience for sure, I would say.

It was pretty lonely honestly. I wasn’t on the bus with them, so me and my tour manager were just driving separately and flying places.

It was difficult, but towards the end it got better.

I definitely think that the performance aspect of it all was the best part probably. Every night seeing people who came there to see me and sing my words was pretty crazy.

AND DO YOU HAVE ANY TAKEAWAYS FROM DOING THAT TOUR THAT YOU PLAN ON BRINGING WITH YOU TO YOUR TOUR?

LM: Yeah, just finding people. We’re currently building our team, like the tour manager and the rest of the band members, house of front engineers, and all of them.

I’ve learned that it’s very important to have people around you who are supportive and will try to make the tour a pleasant experience. So I think that is very important.

DO YOU MIND TALKING ABOUT YOUR COLLABORATION WITH FINNEAS. HOW DID THAT FEEL? WHAT WAS THAT LIKE?

LM: Yeah, it was crazy. I literally just DM’d him and was like, “Hey, do you want to be in my song?” And he said yes.

We did most of it remote. He wrote his verse and then he sent it to me. We did a couple sessions in person where we recorded some vocals, and that was it.

I mean, we did it during the height of the pandemic really, so no one was doing in person writing sessions yet. We were kind of still figuring it out.

He’s just been so supportive of this song and my album and me in general. He’s just like a fan, which is really cool. It’s been really nice to have someone like that in my corner. It feels important.

YEAH, THAT MUST BE REALLY NICE. SO HOW DID YOU FEEL RELEASING YOUR SHORT FILM TO EVERYONE, WHAT WAS THAT PROCESS LIKE?

LM: The process was interesting. It took a long time. I had the concept written a long time ago — a year ago, I’d say. And there was a lot of planning. Then we shot it in six days.

So to finally have it out is really rewarding and satisfying. Because I conceptualized this whole thing from the beginning. And now it’s real. And we made it happen. It’s so cool.

YEAH. AND CORRECT ME IF I’M WRONG, BUT FIVE SECONDS FLAT FEELS VERY MUCH LIKE A BREAKUP ALBUM. SO HOW DOES IT FEEL TO HAVE ALL OF THOSE FEELINGS OUT INTO THE UNIVERSE AND DOES IT FEEL LIKE A CREATIVE RELEASE?

This album in particular is not all about one breakup. It’s just about multiple situations. But when you put them all together the narrative flows like it’s one relationship which I kind of wanted that to be the case to make it more cohesive.

But yeah, it feels really good to have these songs out finally.

IS THERE ONE THAT YOU’RE MOST PROUD OF?

LM: It changes, I feel like, all of the time. I’m proud of all of them. I think that “Nobody Likes a Secret” took me a really long time to write and I’m proud of myself for being able to write it.

YEAH, THAT’S A REALLY GOOD ONE. AND ARE THERE ANY THAT YOU’RE IN PARTICULAR EXCITED TO PLAY ON YOUR TOUR?

LM: Yes, definitely. I feel like all of them, but also specifically like “An Ego Thing,” “Firearm,” and “Orange Show Speedway,” are the ones I’m most excited for.

5 Artists Who Deserve Their Own Musical

The Musical Box Set You Need to Own: Wildflowers & All The Rest