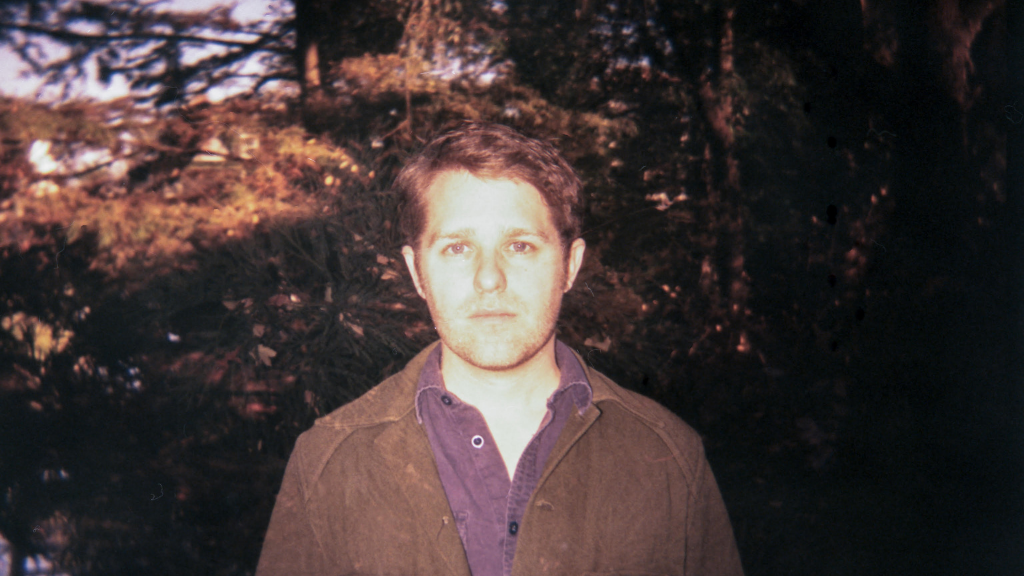 In this interview, formerly Boston-based artist Dietrich Strause talks with staff writer Kira Weaver about his recent relocation to London and his upcoming album YOU AND I MUST BE OUT OF MY MIND, from the playful elements of the recording process to the effect he hopes it has on listeners.

I FIRST WANTED TO ASK HOW YOU THINK YOUR MUSIC HAS CHANGED ON THE UPCOMING FIFTH ALBUM. DID YOU MOVE TO LONDON BEFORE OR AFTER RECORDING IN MAINE?

SO DO YOU THINK LIVING IN LONDON HAS CHANGED YOUR SOUND AT ALL?

DS: Um…not yet. I’d say for this record it feels more like a culmination of the years working in Maine, at the studio. I worked at Great North as an engineer, session musician, playing on other peoples records, etc. The idea for how to make this record was heavily influenced by all that time spent there.

YOU MENTIONED IN THE DESCRIPTION GIVEN THAT THERE WAS AN EXPERIMENTAL AND PLAYFUL ELEMENT TO RECORDING THIS ALBUM. IS THERE A MOMENT YOU REMEMBER IN THE RECORDING PROCESS WERE YOU ENDED UP DOING SOMETHING IN THE SPACE THAT JUST WORKED?

DS: Yeah, the way that we recorded was that we set up everything in advance. We would set up every instrument we could think of before we tracked anything.

Shane and Sam are both multi-instrumentalists and I play a bunch of instruments as well, so the idea was that we all played one instrument as the basic track and then once we were happy with that, we immediately switched and then all played simultaneously on top of that on different instruments all together, and then switch again.

That felt really fun because in the Farmhouse recording space you can't— we couldn’t see each other. Some of those instruments were up in the attic and some were in the kitchen, in the isolation room, and some were out in the live room, in the barn.

When you can’t see each other, you are just in your own world, in your headphones, and you just start playing. You are reacting to what they are doing. Playing along to a track you have never heard before in real time, it changes what you play.

HAVE YOU WORKED WITH THE CO-PRODUCERS (SAM, SHANE, AND BRIAN) ON RECORDS BEFORE?

DS: I've known Shane for a long time. Brian and I met at Great North on a different project. Both Shane and Brian live in Eau Claire, Wisconsin, so they drove out together and camped along the way. I’ve known Sam for a long time, [because] it’s Sam’s studio.

DS: He owns it, he produces a lot of records up there. And yeah, we felt like co-production was the right way to call it. Everyone contributed equally to the ideas.

Shane and Brian are producers themselves; they make their own records and for other people as well. They've been to Great North but this was the first time the four of us got together.

LET’S TALK ABOUT “OUT OF MIND.”

DS: I think that happened at that moment. We recorded the vocals that way and double tracked them, but I remember I took that song to them thinking ‘Oh this is gonna be twice as fast.’ So originally, it didn’t have the idea for it to be that half-time dream feel.

AND YOU HAVE THESE ALMOST BIRD WHISTLES AT THE BEGINNING AND END OF THE PIECE.

DS: Oh yeah, the moog synthesizer. Kind of like— (whistles the melodic line)

ARE THEY SUPPOSE TO IMITATE BIRDS, OR—

DS: I think so, yeah. That was one of the turns throughout the track where on that song, we started with Shane playing drums, Sam playing the “dream machine,” a soft organ pad, and me on guitar and vocals. Then switching instruments Shane tracked bass and I sang again, while Sam was on the synthesizer. It was very on the spot.

TALKING ABOUT THE LYRICS, TO ME, WHEN I WAS LISTENING, IT SOUNDS VERY NARRATOR-BASED. WHAT WAS THE STORY YOU HOPED TO CONVEY BEHIND THE LYRICS? OR WHAT DID YOU THINK OF THEM WRITING THIS?

DS: I think that there’s something you have to ask yourself— ‘If they are truly out of your mind, then why are you singing a song about it?’

So there’s that question that really undermines the whole narrator's perspective. But I didn't have any one story or narrative in my mind writing that. It’s more impressionistic to me of the way past relationships of mine have come and gone.

It feels like there's a neutrality of letting go. And without that neutrality it sometimes feels like, you know, if you are even holding on to a tiny bit of it, it’s hard to go forward. Pushing it out of your mind is part of moving on, but if you really push it out then you're not singing about it.

MOVING ON TO “LOVE WILL RULE THE WORLD.” YOU HAVE A LOT OF METAPHORS/LITERARY REFERENCES. HOW DID YOUR WRITING PROCESS DIFFER WITH THAT?

DS: Definitely, it quotes Humpty Dumpty in the beginning. But yeah, I think that song started— I wrote it with the idea of it being a quaint little folk song. And wrote it well several years before the session.

Sometimes I like to do that, you know, take a known phrase. The fact that it's a child rhyme brings an innocence into the equation. Which I think is really fun to do as a songwriter. Kind of bring together phrases that mean something to people before and use them in a new way. That was kind of the idea there.

And when it got to the studio, Shane and Sam really pushed it to that pop direction. This song was the one that  probably came out sounding the most different from the demo I had sent them.

YOU MENTIONED YOU PULLED THAT SONG FROM A WHILE BACK. WERE ALL EIGHT SONGS WRITTEN AT DIFFERENT POINTS? IF SO, HOW DID YOU DECIDE TO GROUP THEM TOGETHER?

DS: Yeah they had all been written in the past two or three years. Most of them were written at this songwriting retreat I go to in New Hampshire every summer. So there's kind of a through line to it. Like “Weather Vains” and “Call to Me,'' specifically, a lot of the imagery there comes from this area up on Lake Winnipesaukee.

Ultimately we had a couple of other songs we worked on and recorded. They didn't quite fit thematically on this record.

It’s a two step process. Songs get weeded out because you write some in one zone, headspace, environment and they naturally group together. Then you try them out, some of those songs end up capturing a similar feeling and tone. I think we felt that these eight songs were the ones that really captured a singular tone.

DO YOU SEE YOURSELF RELEASING ANY OF THE ONES RECORDED NOT ON THIS RECORD AS STAND ALONES IN THE FUTURE?

HOW DO YOU WANT THE ALBUM TO IMPACT A LISTENER? AFTER SOMEONE LISTENS TO ALL EIGHT TRACKS IN ORDER WHAT DO YOU HOPE THEY ARE LEFT WITH?

DS: I think— well, what I want out of listening to music. I think I would want the listener to feel… I would want them to connect to something in the lyrics. And feel sort of understood or have part of their experience understood. But ultimately that the sound of the record takes them through a space that allows them to—

This is a really hard question.

I think sometimes I want the music… sometimes my goal is to make music that is kind of like— I would want them to go to the record and put it on if they were feeling anxious about something and then it would soothe them. Because I think that I listen to music for that reason.

It’s tricky with eight-song records. It’s like you have a glass of water, and each record is the same size of glass but with an eight song record each song is a bigger proportion of the glass.

I FEEL LIKE CERTAIN TRACKS TAKE UP MORE SPACE TO ME. WHETHER THAT’S BECAUSE I JUST LISTEN TO THEM MORE OR I RESONATE WITH THEM MORE.

DS: Yeah, do you find on this record your attention was taken away by the end of the record or does it build?

TO ME, I THINK MY ATTENTION WAS CONSISTENT. IT WAS ALMOST MEDITATIVE IN A SENSE…. THE IDEA OF NEEDING TO THINK AND NEEDING SOMEONE EMPATHETIC TO SPEAK BACK TO ME.

DS: I think some people want their music to be technically challenging but not all music serves that purpose.

Catch Dietrich Strause’s At-Home Concert which aired on Wicked Local Wednesday on our YouTube Channel! Every Wednesday at 9 p.m., we play music from Boston-based artists you won't hear anywhere else.

Strause’s upcoming fifth album YOU AND I MUST BE OUT OF MY MIND will be available in full on April 29th.