Album: Father of the Bride

Vampire Weekend's fourth album, Father Of The Bride, proves itself to be one of their most unique and lyrically compelling albums.

The record serves not only as their longest album at 58 minutes, but also their longest production time gap with 6 years in the making. Contrary to the popularity of concept albums revolving around a central theme, frontman and lyricist Ezra Koenig took a divergent stance with Father Of The Bride. He instead composed the centrality of the album on various, random topics, with some being: religious conflict, bigotry, the falling out of a relationship, environmentalism, and even a hint of philosophy within the 18 tracks.

Listening to Father of the Bride feels reminiscent to opening up a time capsule of Koenig's life experiences and thoughts that have been unopened for fans since Modern Vampires of the City. Thus, the impressive craftsmanship of Father of the Bride resides in Koenig's collection of short story-like songs that emulate his personality and maturity.

Prior to the album's highly anticipated release of the summer, Koenig teased fans with double single releases every week.

The chosen singles represent some of the strongest songs on the album, such as the upbeat and summery track "Harmony Hall" that touches on the fluctuating nature of our current society. Similarly, the lullaby-esque "2021" taps into Koenig's introspective notion on the passing of time.

In contrast, singles like "Big Blue" and "Unbearably White" pay nostalgia to the slow and sentimental nature of classic hits like "I Stand Corrected" and "Hannah Hunt." "Big Blue"  serves as one of the slow acoustic ballad tracks on the album, with a clever reference to Koenig tying his relationship with the earth to the negative consequences of climate change. "Unbearably White" is an evident love song, combining a simple guitar melody and string instruments to connote feelings of loneliness and yearning in a relationship.

Though Vampire Weekend is notorious for their love songs such as "Campus" or "I Think Ur A Contra," Koenig took a different vocal approach to his songs focused on love in this album.

He achieved this differentiation by collaborating with artists such as Danielle Haim and Steve Lacy. Danielle Haim, leading vocalist in the band Haim, serves as a major duet backbone to the album with appearances in "Hold you Now," "Gold Rush," "We Belong Together," and multiple other tracks as a back up vocalist. The commonality of all three songs is the sense of unfulfillment and ironic downfall in conjunction to time in a relationship. Tongue in cheek tracks like "We Belong Together" lyrically poke fun at romantic cliches with the notion of opposites attract, while "Hold you Now" and "Gold Rush" expose the gradual deterioration of a relationship that not even marriage can bind together.

Meanwhile, the tracks featuring Steve Lacy, "Sunflower" and "Flower Moon," reference Koenig's usage of cliche motifs on the album. For example the catchy nature of "Sunflower" satirizes commitment: "what day demands a date?." In contrast, Koenig's quirky use of autotune in "Flower Moon" combines the phases of the moon to the growth of a flower to describe the importance of timing in the longevity of a relationship.

Though the 18 tracks in Father of The Bride seem like an overwhelming concoction of lyrical interpretations and themes, especially in politically central tracks like "Sympathy" and "Jerusalem, New York, Berlin," the realism evident in each song showcases Koenig's cleverness and maturity as a newfound father to his partner Rashida Jones.

Essentially, Father of The Bride  is a landmark album for Vampire Weekend and proves how the 6 year time gap was vital to the album's quality, especially with its testimony to our politically charged society. Even though Father of The Bride lacks Vampire Weekend's reputation to prep culture like in staple hits such as "A-Punk" and "Cape Cod Kwassa Kwassa," the band instead took the bold step of embracing maturity and pragmatism into creating an album filled with activism and the quirks of Ezra Koenig. 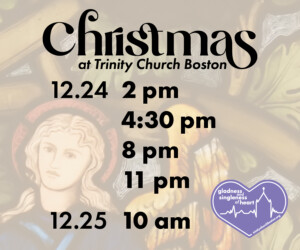