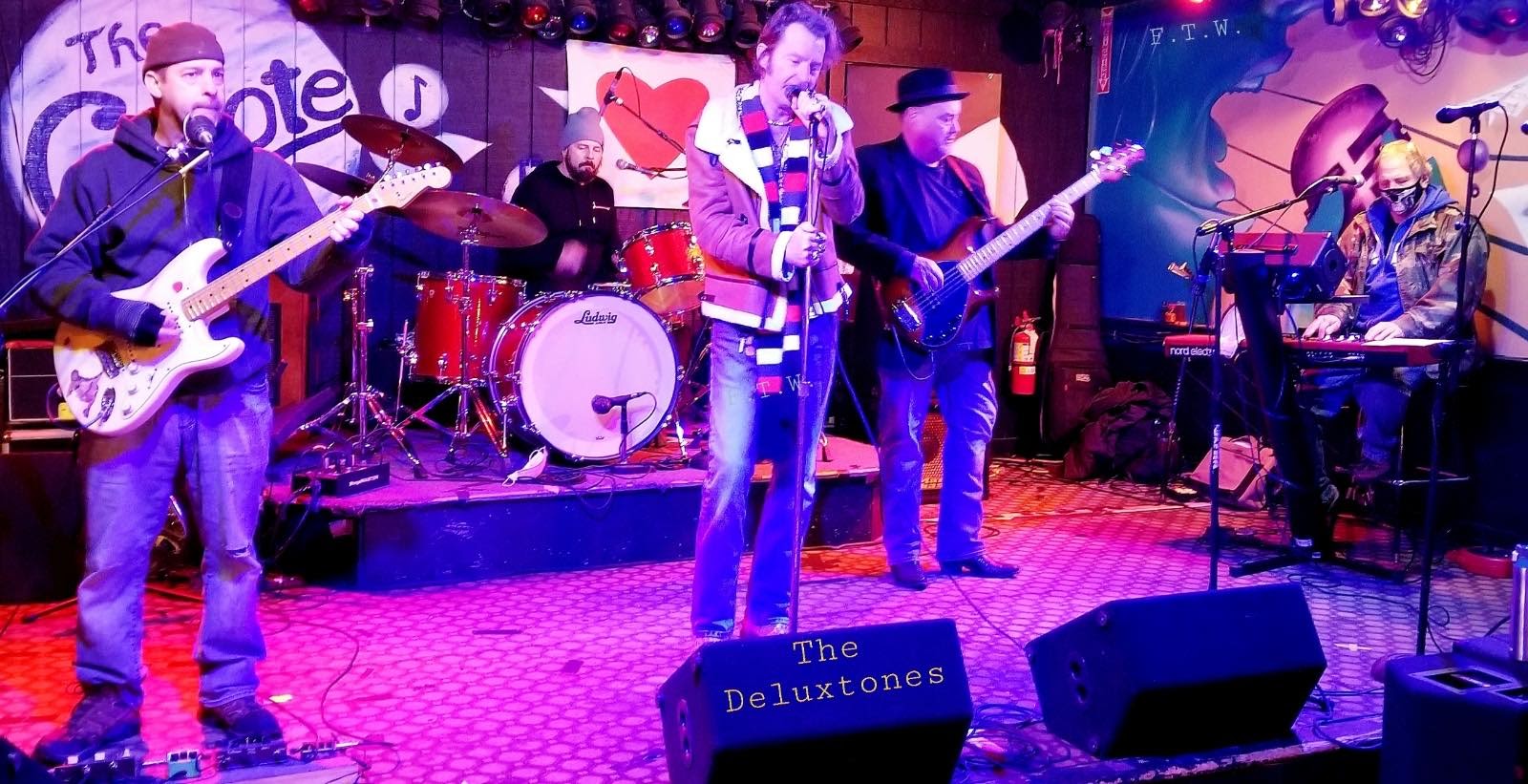 Like many music venues across the country, The C Note located in Hull, Massachusetts announced its permanent closure last summer, unable to weather the financial toll brought on by the pandemic. That is until the South Shore community stepped in to save it. With the help of benefit and livestream concerts, t-shirt funds, and GoFundMe, The C Note has been able to stay afloat.

MAKING THE DIFFICULT DECISION TO CLOSE

When the state first announced a shutdown, The C Note's owner, Charlie Fruzzetti, said he was expecting to be able to quickly get back to business.

"We've been open for almost 12 years. I [had] just paid off the mortgage on it and then this Covid hit," said Fruzzetti. "It was only supposed to be a two-week shutdown, and now it's over a year later - still shut down."

After the national lockdown was repeatedly extended, he reluctantly made the decision to let his employees go since he could not afford to continue paying them.

Initially, the bar manager Barbara Rhind and one of the waitresses, Theresa Fougere, asked Fruzzetti about starting a GoFundMe. But Fruzzetti didn't want to fundraise.

"At first I said no," said Fruzzetti. "I didn't want to take people's money and then say, 'okay, we couldn't make it.'"

THE COMMUNITY STEPS IN

In July, people started reaching out to Rhind offering to financially help out the venue and bands.

Fruzzetti said he thinks bands and locals wanted to support the venue because he treats everyone fairly and consistently gave back to the community before the pandemic. When shows were happening at the venue, Fruzzetti said he always paid the bands, even when they didn't cover themselves from the door. When bands told Fruzzetti they're doing their show as a benefit, Fruzzetti gave them all the money made from ticket sales at the door.

"I try to do what I can to help people," said Fruzzetti. "We like having the young bands come in, we do a lot of benefits, and we do a lot with the kids. The first Friday of every month is a youth Friday night. We have maybe five, six, seven, eight bands come in, and it's all high school kids or younger, and they get to play. We make a party atmosphere for them and let them see what it's like to actually perform on a stage."

After receiving all the support and financial offers, Rhind and Fougere asked Fruzzetti again about starting a GoFundMe again, and he said yes.

"I finally said, 'okay, we'll try it.' But I said, 'Oh, you know, people have to understand that I can't promise that we'll still be able to open it," said Fruzzetti. "And people have been very, very generous."

The GoFundMe page has raised over $35,000 since starting last August.

Lindsey Buck from the Boston-based band The Alloys, confirmed Fruzzetti's speculation and said she wanted to help because of what the venue has done for Hull and smaller musicians.

"The C Note in particular has been really great to the Hull community," said Buck. "They've supported young musicians and young bands for all ages nights. They've hosted fundraisers for many nonprofits in town. So, we support them specifically because we love them, and they're just a great part of our town."

After hearing about The C Note's GoFundMe page last summer, Dr. Jim Mitterando, a family doctor at South Shore Health, wanted to help. He said he's concerned about the future of local music venues since Covid has devastated this industry and venues will have to survive almost two years without income.

"The C Note is our local music venue and is the real deal," said Mitterando. "They have supported local musicians. Before Covid, they had programs on Fridays for young musicians to give them a chance to perform on stage. My son has performed there."

GETTING CREATIVE TO CARRY ON LIVE MUSIC AND RAISE FUNDS

Mitterando reached out to Rhind and Fruzzetti to pitch the idea to raise money through Covid-friendly concerts.

They loved the suggestion and told Mitterando to book a venue and band that would donate their performance. He ended up putting on two shows, with Doc Ellis playing in August and Assisted Living playing in September. Both of the Scituate-based bands have performed at The C Note before and were eager to give back, he said.

The concerts had socially distanced areas marked for people to lay down blankets and beach chairs.

"Sitting out under the stars last summer and listening to music was a beautiful experience," said Mitterando. "Though everyone was wearing masks, you could tell from their eyes they were smiling."

Just from the two outdoor shows with 50 people and $30 tickets for the first show and $50 tickets for the second, they raised $7000. Since the show was to try to keep the club alive, people's generosity with donations ended up doubling what they would have taken in from tickets alone.

In the winter, The C Note resorted to livestreams to continue fundraising. Viewers can send in donations while watching. Local bands like Assisted Living, Draw the Line, The Blue Knights, Band, Inc., The Alloys, and others donated their performances for the online benefits.

FINDING WAYS TO PITCH IN, FROM T-SHIRTS TO SUPER BOWL SQUARES

Mike Hanley, the bassist of local alt-rock band The Alloys, came up with the idea to sell t-shirts and sweatshirts with the phrase "Save The C Note" on them. Lead vocalist and keyboardist Lindsey Buck actualized the idea and put the clothes on Bonfire last August.

All of the proceeds from selling the shirts and sweatshirts go straight to The C Note. So far, from the clothing alone, The Alloys have raised nearly $2000. That paired with their live outdoor show last summer and livestream in December, they've generated over $3000 for The C Note.

Mikke Worm from local rock band Wreckless Wreck Chords coordinated and created a compilation album to raise money. It features 43 rock and punk bands that frequent The C Note. He put the album on Bandcamp for $20. It ended up generating $600, which all went to supporting the venue.

Not just bands have wanted to help. Drag queen Trampolina from Hull Pride, an LGBTQ non-profit organization, hosted a dance party for a livestream benefit. Hull Pride put on another online drag event for The C Note on April 24.

Hull resident Ryan Fiore also wanted to help fundraise for the venue, so he reached out to Rhind on Facebook. He set up a Super Bowl Squares pool in February and decided to donate 20% of the money earned to The C Note. After the game ended, he called Rhind and said that he had $500 to give to her. Then Fiore went to Rhind's house to hand deliver the cash.

Mitterando, Rhind, and Fruzzetti are planning to hold more outdoor shows in compliance with Covid gathering regulations this summer.

Despite the outdoor shows raising more money, Rhind said that the livestreams will also have to continue over the summer since the venue still won't be able to fully open according to Covid regulations. All of the money raised goes towards paying The C Note's rent and bills.

Rhind said The C Note most likely won't be able to fully reopen until fall at the earliest.

For now though, with the looser restrictions than last year, Mitterando said he hopes to get some big acts to perform, raise more money, and most importantly, share the joy of live music with more people.

A Note from WERS General Manager Regarding the Federal Budget Proposal