I've said it once and I'll say it again: Country is not my favorite genre.

I'm much more of a punk/alt rock kind of gal (cue the intense eyeliner and the combat boots). So, seeing as Brandi Carlile is typically categorized as a country artist, I was weary as to whether or not I would actually enjoy her set.

Cue the opening of her performance, where she and her band performed "Hold Out Your Hand."

The audience started dancing without a care in the world. The drummer was ringing only what I can best describe as a liberty bell. Brandi came out with her acoustic guitar in tow, her diamond-studded sneakers glittering in the stage lights. A half orchestra backed up Brandi and her band as they started belting out the lyrics.

Needless to say, what I thought would be just another country performance turned into the country/alt rock jam session. Brandi showcased her dynamic vocal range, her voice wild but hitting every note perfectly. She and her backup singers also pulled off these incredible harmonies, a difficult feat for such a wild, live setting.

Brandi and her band rolled right into song after song, dancing the night away with the fans in the crowd. At one point, Brandi smiled down at us and greeted the audience with "hello rock and roll people!"

Aside from her incredible singing, Brandi also displayed an incredible charisma onstage. She looked like she was having the time of her life onstage, laughing and dancing with her bandmates. She looked confident and badass, though at one point she did admit she was a little nervous for this performance.

"We are right at the beginning of our tour," Brandi said, telling the audience that it was still a bit daunting to be up performing at such a big festival. However, she quickly told us that we were making her feel "completely at home" here in Boston, and that she felt comfortable being in front of us.

Brandi was one of the last performances for me this Boston Calling Weekend, and her set was the perfect, carefree way to close out what I can only call one of the best weekends in my entire life. 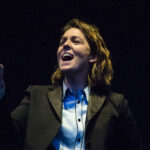 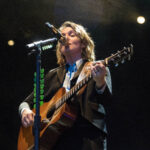 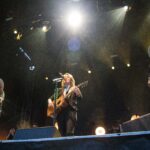 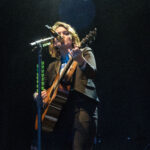 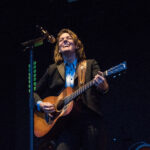 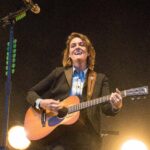 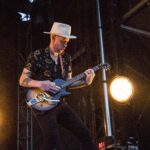 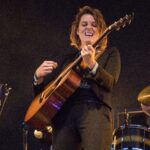 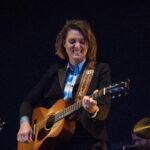