Things Are Great (Again) For Ben Bridwell and Band of Horses 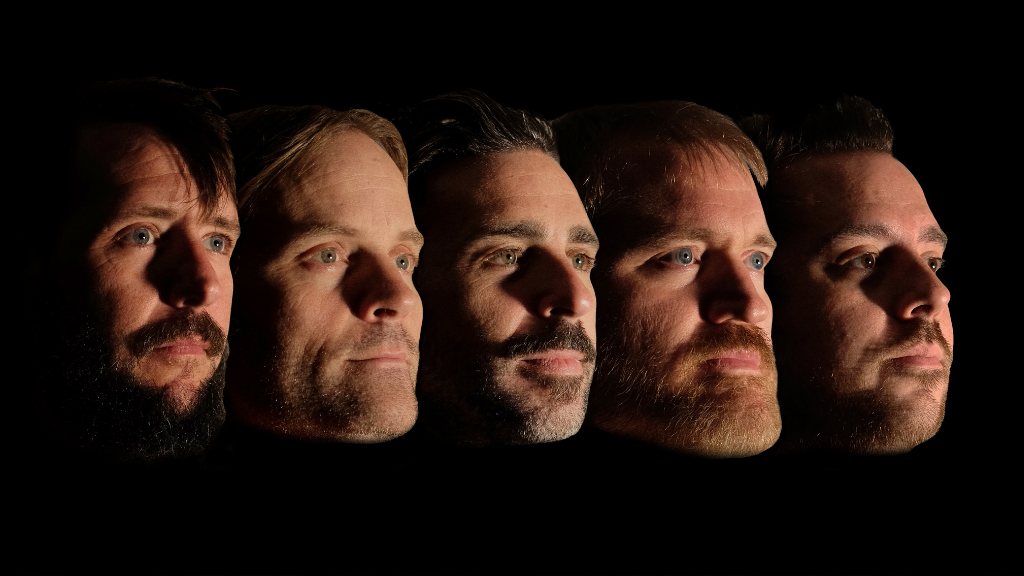 Photo courtesy of Band of Horses

Band of Horses released their sixth album Things Are Great on March 4th. Shortly after its release, frontman Ben Bridwell caught up with WERS’ Phil Jones via zoom from his sunny living room, with his labrador, Lucille, watching from a sunbeam.

SO TWO THINGS TO COVER: THE ALBUM, THINGS ARE GREAT,  AND THEN THERE'S THE BOSTON AREA SHOW WITH THE BLACK KEYS ON JULY 29TH.

YEAH, LET'S START WITH THINGS ARE GREAT. HOW ARE YOU?YOU'RE GETTING PUPPY KISSES RIGHT NOW SO CAN'T BE TOO BAD.

BB:  Oh, my God yeah. Yeah, things could be a lot worse — maybe that's the follow up album. Things are great, man. I just had my kids over the past couple nights. I got four daughters so it's like I'm just always waiting for some monkey to come in. So it's been a couple really early mornings, but I have the day to kind of relax.

WHAT AGE ARE YOUR DAUGHTERS AT THIS POINT?

WOW, 12 AND 14 AT THE SAME TIME. THAT'S TOTALLY AN AGE WHERE THEY CAN REALLY START TO OWN THEIR IDEAS, AND PUSH BACK ON PEOPLE TOO.

BB: That's very astute of you, I'm definitely experiencing that.

BB: Oh just teenager kind of vibes you know? That train's coming pretty fast down the track. You just get like an eye roll over saying 'good morning', or something of that nature. But they're all sweet kids so I'm extremely lucky and I wouldn't have it any other way honestly.

THAT'S AWESOME! ALRIGHT, SO LET'S GET TO THE RECORD. WE'VE BEEN PLAYING "WARNING SIGNS," THE FIRST SONG, AND THE FIRST LINE IS "SMALL TALK WITH A REGISTERED NURSE." WHO IS THAT, I WAS WONDERING?

BB: Gosh I mean I'm friends with a couple nurses, but honestly I can't remember exactly why I chose that profession. I know I was trying to make it more universal, and stealing some bits from my own kind of story. It seems to be a bit prophetic … you know, because this album was done before the pandemic hit.

WOW I HEARD THAT LINE AND WAS LIKE "OH, THIS SOUNDS LIKE AUGUST OF 2020." THAT IS DOWNRIGHT SPOOKY.

BB: Yeah I call it prophetically pathetic. There's a lot of narrative items that pop around that I'm like "gosh this just seems like fitting for the times now," even though I had no idea that a pandemic was coming.

WHAT ARE SOME OTHER PROPHETICALLY PATHETIC MOMENTS YOU CAN THINK OF?

BB: Well there's one song called "In Need of Repair" and it's talking about… I think a lot of people's relationships, they're forced to be together, you know in lockdowns and things like that. There's a lot of imagery in there that people could relate to during the past couple years. And oh, my God, there's like a bit of shut-in vibes anyway with me. I'm like the original social distancer anyway. Luckily I don't have to listen to that record anymore, because I approved it and it went to the pressing plant.

I think I'm still learning things about it, as we now move into performing it live. A lot of the subject matter is a bit painful, so I don't really care to revisit it, which is funny because now I'm on radio rips and interviews magazines and it's like I do have to dredge up a lot of these old painful times.

BB: Lambs to the slaughter basically. A lot of that was a little bit poking the bear at the news media, and how a lot of people lose family members because it's always a political discussion going on. I think when you're bombarded all the time that it can change a person's chemistry, in a way. And so, yes, I was speaking about the common man and well all the pitfalls that we find ourselves in, especially as the world gets seemingly more divided by the day.

IF YOU COULD DESIGN AN IDEAL WAY OF EXPERIENCING "THINGS ARE GREAT" HOW WOULD YOU WANT PEOPLE TO LISTEN TO IT?

BB: Napster, yeah. (Laughs). I couldn't resist…  I prefer people to be able to listen to music, however they can get it. I think that word of mouth goes a long way and I don't begrudge anybody for being strictly into streaming or watching on YouTube or you know…. I just want people to be able to get to it any way they can. There's that telephone game, where they might tell other folks and it just kind of steamrolls from there so I prefer that people just listen, how ever they can.

I THINK SOMEONE GAVE ME A RIP OF YOUR FIRST ALBUM ON A THUMB DRIVE WHEN I WAS IN SEVENTH GRADE.

SO YOU'RE IN HERE IN OUR NECK OF THE WOODS JULY 29TH WITH THE BLACK KEYS. YOU STARTED AS A DRUMMER, RIGHT? WHAT DO YOU THINK OF THE BLACK KEYS SETUP WITH JUST A DRUMMER AND GUITARIST? WOULD YOU BE INTO PLAYING THAT WAY? EVER HAD TO?

BB: God, thank goodness, no. I did kind of start as a drummer but I didn't know how to play drums. It was just this band, I had a car, and said I'd go on tour. So my setup is super weird. I still kind of play a very odd style, the same as on guitar.

But I like that Black Keys setup, even though they have a bigger live band now.

I think, God, if anybody can do something that they can find success with, you gotta praise those people for finding a niche that they can fill. I'm excited to go on that tour! As far as my drumming, it was such a slow core band, that's what we had in the early 2000s, I just had to play very gently and stay out of the way so I'm still very much below amateur level.

YOU MENTIONED THAT YOU WERE DOING SOME DIFFERENT GUITAR STUFF ON THIS ALBUM.

BB: Well I started out by not knowing how to tune the guitar so I put my fingers where they were comfortable and then d-tuned the pegs and now I'm stuck with these tunings from that first record. I have like two different ones, and now I got them tattooed on my arm, so I can see 'em, while I'm tuning, so I don't have to like have 'em written down. I had to make a conscious decision to go back to playing those kinds of tunings again, which is a pretty distinct characteristic of this band. That sloppiness and not having some ace guitar player, you know, that can run circles around me. I kind of had to step up a bit more, like I didn't maybe the first two albums. I'd kind of gotten away from that unbeknownst to me.

“ACE GUITAR PLAYERS” REMINDS ME: YOU HAD J. MASCIS ON SOME SONGS ON THE LAST ALBUM, WHY ARE YOU OKAY. ANY EASTER EGGS ON THIS ONE?

BB: I don't think people really pick up on very many of them. There's a lot of funny things in there, I think there are some elements that I intentionally paid back from previous records. For instance, on that "Tragedy of the Commons" song it goes from a four four beat to a three four waltz time, about you know halfway through or something, and we did that on our second record on a song called "Ode to the LLC" and I wanted to kind of pay a bit of a homage to that. I didn't know what I was doing when I wrote "Ode to the LLC".  I didn't realize there were time signatures, I still kind of don't honestly, I'm really bad at stuff. I had to deliberately throw that one in there, so I'll give you that one.

WE'LL HAVE TO FIND THE REST!

BB: I wish we did have some more guests on there, but it was really cool to also have a different lineup with Matt Kindling from Archers of Loaf, who's this band I grew up with. In South Carolina, they're like our indie rock heroes. I know they call themselves white trash heroes, but having him play bass, on the record, was a big deal. Then our merch guy, the guy who slings T shirts for us, became the guitar player so that's kind of funny too.

AT THIS MOMENT, LUCILLE THE LABRADOR STARTS DEMANDING MORE ATTENTION.

THAT WAS ALL I HAD! I'LL LET YOU GUYS GO! THAT PUP NEEDS ATTENTION!

BB: I thought she might start howling! This kid is crazy! Alright, we'll see ya. Thanks Phil!

Band of Horses play the XFinity Center with The Black Keys on July 29th. Their new album, Things Are Great is out now.

Pick of the Week: Band of Horses “Crutch”

Passenger Can’t Wait to Play for You Again