Favorite Songs: “Hear It Again,” “Locked Out,” and “The Mountain”

For Fans Of: Darlingside, Old Sea Brigade, and the Paper Kites

Since their days busking on the streets of Boston in the late 2000s, the raw talent of Tall Heights’ Tim Harrington and Paul Wright has consistently shone through. Armed with just their voices and a couple of stringed instruments, the duo has drawn in millions of listeners, weaving themselves into not only the local folk scene but far beyond.

Now on their fourth album, Tall Heights has pushed their sound to a new level. Leaning into their experimental and electronic side, yet still very much incorporating their acoustic roots, the two sound as true to themselves as ever. Having written through a period marked by the paradox of stagnant isolation and rapid life changes, the lyrics, too, see them turn inwards. The 11 full tracks of Juniors — plus a 23-second prelude thoughtfully placed three songs in — ultimately exist as something beautifully cathartic.

CARVING A SPACE THAT IS BOTH ETHEREAL AND GROUNDED

From the opening track, “Keeps Me Light,” Tall Heights transports listeners into an enchanting soundscape. The at first somber-sounding track comes to life as something uplifting. The brightest spot appears when the electronics cease, and Harrington and Wright are joined by Berklee College of Music a cappella organization Upper Structure, the group singing and clapping in time. This incorporation of both ethereal and grounded musical qualities is something that continues to play out in the album.

Spaced apart, low drum beats introduced in “Keeps Me Light” continue into the next track, titled “Locked Out,” sounding off like a heart. One of the record’s best tracks, “Locked Out” is moody, experimental and catchy.

Following a brief prelude, “The Mountain” is the first of the album's tracks with a more stripped-back folk sound. Later, “Raindrop” serves as a vulnerable acoustic song inspired by navigating having a crush and staying loyal in a relationship. Offsetting these purely folk moments are songs like “Come Outside” and “Waking Up,” which see Tall Heights explore their electronic side.

NAVIGATING THE JOURNEY OF LIFE, FROM DARKNESS TO LIGHT

Just as the sounds vary, combine and transition, the thematics of the songwriting sift through dark and light. A statement released alongside Juniors describes the events in the duo’s lives that played into this toss-up. Over the course of five months, it says, Wright and Harrington “experienced a convergence of events that included major health and substance-abuse crises among their closest loved ones, saying goodbye to Harrington’s grandfather and to a beloved grandfather figure for Wright, and—in far happier, yet still intense news—the announcement that each of their wives was expecting.”

It is evident in the deeply vulnerable songwriting, that the two were not afraid to confront their resulting  emotions through the tracks. “I don’t mind if the dawn doesn’t follow the night, I’ll be safe in the place that you said was mine,” they sing in the opening track “Keeps Me Light.” The lyrics about leaning on loved ones in hard times are a warm and fitting start to the journey Juniors takes listeners on. Later track, “The Mountain” takes a hauntingly beautiful approach to thinking about and accepting death.

There are many more moments of light and hope — from the nature-sound-infused song “Releaf” to the warm-feeling “Come Outside.” And there are moments of darkness and pain, too, from “Lonely World” to the closing track “It’s Insane.” But ultimately, one does not win over the other. Tall Heights conclude that finding yourself comes with feeling all of these emotions.

A REMINDER THAT AS ONE DOOR CLOSES, ANOTHER ONE OPENS

Juniors was written and recorded in the Northeastern, Massachusetts space Tim Harrington and Paul Wright affectionately named “The Tall House.” The house served as their families’ home and creative grounds for six years. As such, the duo described moving out as closing a big chapter. It was just one of many changes that contributed to the record’s theme and namesake, a reminder that they are still but juniors.

The second to last track on Juniors, titled ”Flyin’ Overhead,” navigates this turning of pages. “A new year comes, another fades away,” they sing. And then, “flying overhead, just dreaming of what comes next, wave goodbye to the old regrets.” These powerful final lines see Tall Height reach the conclusion that while changes can be bittersweet, they open the door to new opportunities — a sentiment cathartic to all.

Jade Bird Flies to New Music Heights Across The Globe

The James Hunter Six – Whatever It Takes Album Review 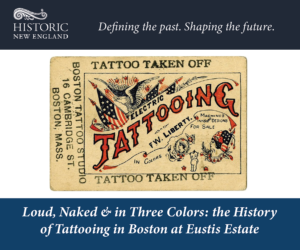