The Suitcase Junket Stays Gloomy with “The End is New” 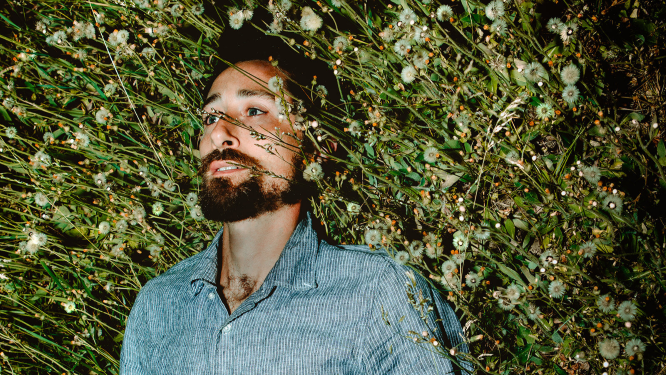 Vermont's own Matt Lorenz, better known as The Suitcase Junket, is a one-man sound machine. He just released his seventh album, The End is New, last November. Recently, he sat down with staff writer Meghan Hockridge to talk about the album.

WHAT WAS IT LIKE PUTTING OUT A BIG PROJECT RIGHT IN THE MIDDLE OF A PANDEMIC?

Matt Lorenz: It was pretty wild! We were recording it right when everything got crazy you know back about a little over a year ago. I was working with Steve Berlin again from Los Lobos. He was actually out here for our first session in February and we got most of our basic tracks recorded. And then in March when things started getting pretty wild. He was in lockdown where he lives out in Washington, and the engineer and I were out here in Massachusetts. Washing our hands incessantly and trying to get as much done as we could and producing with Steve across the country. It was weird, but we made it happen.

The whole album release thing was kind of wild. With the news what it was, I was tempted to wait until around now to put the album out. But while talking to the label about it, they felt that the writing was really of the time. They wanted to get it out in the fall. Between the pandemic and the  election, there was a lot of noise to cut through! But I'm glad we did get it out then even though touring wasn't an option. It felt good to have those songs out  during that crazy time.

I WANTED TO ASK YOU ABOUT TOURING. I'VE SEEN SOME OF YOUR PERFORMANCES, AND YOU HAVE THIS INCREDIBLE ONE-MAN BAND GOING ON. WHAT HAS IT BEEN LIKE TO NOT GET TO PERFORM THESE SONGS LIVE, DOES IT CHANGE THE MEANING OF THEM AT ALL FOR YOU?

ML: Yeah, you know, I miss it. And not just the feeling of performing and connecting with people live, that's certainly part of it. But I miss getting to know the songs in that more intimate way. Only playing them hundreds of times can get you that. I've done a few streaming shows, and I did a virtual album release show where I played them all live, but it's very different than hitting the  road and playing them every night. They become these more living things in some way. As you play them they kind of take on their own form. Sometimes, they change a lot from what they were on the album and I miss that for sure.

BACK TO WHAT YOU WERE TALKING ABOUT WITH WORKING WITH STEVE BERLIN, ON THIS ALBUM AS WELL AS YOUR LAST ALBUM MEAN DOG TRAMPOLINE. WHAT WAS IT LIKE WORKING WITH HIM AGAIN, NOW THAT YOU'RE ALREADY FAMILIAR WITH EACH OTHER AND  KNOW WHAT YOU ARE CAPABLE OF WORKING TOGETHER?

ML: I think the process was streamlined communication-wise. We both felt more comfortable with each other. Granted we were only with each other for half the process this time. When you're first working with someone, there's a little bit of maybe trepidation, or just figuring out what their style is or what they like, that sort of thing. And you figure it out by trial and error. This time around, he would prod me in a certain way on a vocal take or a guitar take and I would know what he wanted, just based  on getting to know him a little bit and being friends.

I SAW IN AN INTERVIEW THAT WHILE WORKING WITH HIM THE FIRST TIME YOU WERE A LITTLE  HANDS-OFF IN THE PROCESS BECAUSE HE IS SUCH A RENOWNED PRODUCER. DO YOU THINK THAT THIS PROJECT WAS A LITTLE MORE COLLABORATIVE OR, JUST LIKE YOU WERE SAYING, MORE STREAMLINED?

ML: Yeah certainly, one of the things that comes with being more comfortable with your collaborators is you feel more comfortable saying no, or pushing back and putting your own voice into it. It's not like I wasn't in the Mean Dog Trampoline album, but you're right. I was letting him hold the reins. With this one, I had some more ideas that I felt comfortable pushing for. I think it helps in the process honestly. One of the things that can happen when you don't really put your voice in during a recording process is it can actually slow things down. I'm sure at different points during the album process, Steve was probably like, "what's the deal with this guy? Does he have no ideas?" But I think getting to know him already was helpful, and it felt like a more collaborative process for sure.

THIS ISN'T YOUR FIRST RODEO: YOU'VE HAD SOME ALBUMS OUT BEFORE THIS ONE, WHAT'S NEW ABOUT THIS ALBUM, OR WHAT DOES IT BRING TO THE TABLE THAT  YOU MAYBE HADN'T PURSUED BEFORE?

ML: I definitely think it's the best writing I've done. Which you hope is true with every album, that you're growing and getting better, but with this one in particular I was writing, maybe not topically, but I was feeling a little bit more like playing the role of a mirror to society. I was thinking a little bit more about what I was seeing, what's going on around me in the world. As opposed to before, I was singing mostly songs about love and existential dread. And stories, a little bit more fiction. This one felt more to the point of what's happening in the world today. So in that way, it felt not only like I was writing better, but I was writing in a deeper and more meaningful way, which felt nice!

TOTALLY, AND IT FITS INTO WHAT YOU WERE SAYING, ABOUT HOW CRAZY EVERYTHING IS.

ML: Yeah I mean I've always wanted to write that way and I think it's really difficult. I don't want to come across as preachy or like I have anything figured out because I don't. Every time in the past when I've tried to write that way, whether it's protest songs or anything else like that, upon  playing them back I always thought they were cheesy or condescending or both at the worst.

GOING INTO THE ALBUM, DID YOU HAVE A CONCEPT OR WAS IT MORE ABOUT BEING A COLLAGE OF THESE DIFFERENT SONGS YOU HAD?

ML: The first time we talked about making another album was actually the day after Mean Dog Trampoline came out. I texted Steve, "albums out, when do we start the next one?" And he wrote back, "tomorrow?" So a few months passed, and I was getting my songs together. I texted him and was like, "let's make a doom-folk record", 'cause I was sort of feeling kind of doomy. And I mean this was pre-pandemic so that fact  that I was feeling doomy back then is kind of cute now. So doom-folk was the idea that we went in with. Folk in a broad sense, in that it's sort of simple  relatable concepts that relate to the world today, and then whatever doom  brings to that, a lot of the stuff I was writing about felt pretty heavy.

TO THAT POINT, THE END IS NEW IS A LYRIC FROM THE SONT "AND THEN THERE WAS FIRE." AT WHAT POINT DID YOU KNOW YOU WANTED THAT LYRIC TO BE THE TITLE OF THE ALBUM?

ML: It was pretty late, actually. everything was pretty much done and I still had a bunch of things on the table. And that one showed up pretty late, I was going through lyrics. None of the rest of them were the kind where you say it out loud and go, "there it is!" Then, as soon as I found that one I said, "there it is, that's it, that's what I'm talking about." It's doomy and it's dark, but there's just that little touch of hope.

HERE AT THE STATION, WE HAVE A BIG EMPHASIS ON THE LOCAL COMMUNITY, DO YOU THINK BEING IN MASSACHUSETTS HAS INFLUENCED YOU AND YOUR MUSIC?

ML: I think landscape and location just always does, whether or not you acknowledge it. Where you are and how you interact with your location always influences who you are. I grew up not far from where I live now in Vermont, and I basically still live in the same river valley. Coming back here always just feels like this is the place where I write and where I live. And I mean the Boston area is where I really cut my teeth. Northampton has a great music scene, but it's small. When I was first starting to gig regularly, Boston was the home market. I consider it a part of my home for sure.

WHAT IS ONE SONG FROM THE ALBUM THAT YOU ARE MOST EXCITED TO GET TO PLAY LIVE,  FOR A LIVE AUDIENCE WHEN THAT'S POSSIBLE AGAIN?

ML: Two come to mind. The first one is "Light a Candle." Just because it's slow, it's kind of a downer. Usually when I play live, that's not what I'm going for. It's usually pretty upbeat, exuberant joy is kind of what I'm going for. And this one it's pretty heavy, it's pretty sad, and I think anytime you can have a little contrast it makes the "up" songs "upper," which is nice! If I can cheat and give you another one, "Breath Forever". It's on the other end of the spectrum  and is supper "up". When I recorded the vocal track for that one, I was jumping around, pretending I was an arena singer.

The Suitcase Junket's new album, The End Is New, is available now. 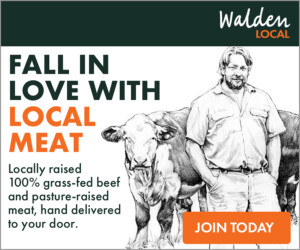