The Vault of Soul: Marvin Gaye 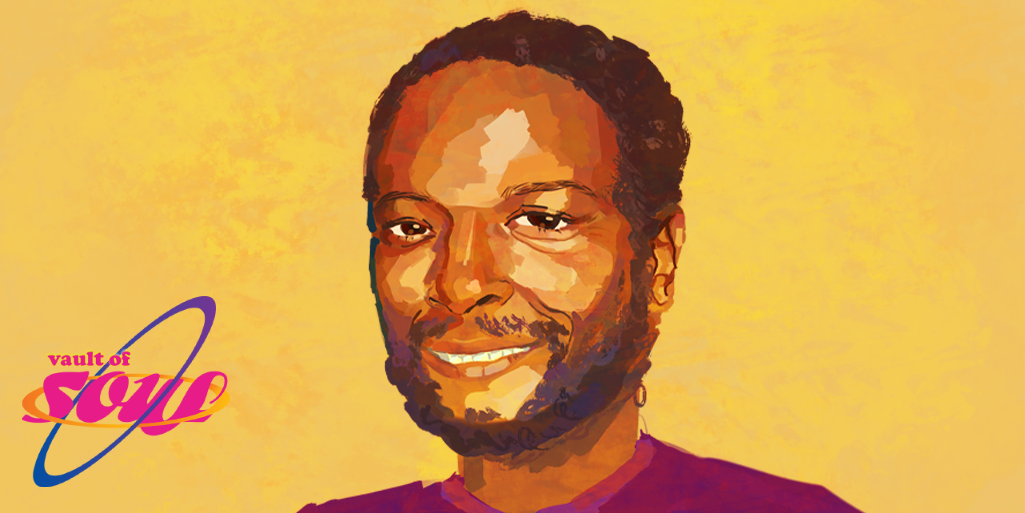 Check out the first post in The Vault, where we covered Etta James.

Welcome to The Vault of Soul, a new series on our WERS Music Blog. Step inside the vault to discover the life and legacy of some of the world's greatest soul artists, both past and present. From the trailblazers of Motown and disco, to a new generation of rappers and R&B legends, The Vault of Soul has it all.

Interested in exploring the soul genre beyond the vault? Listen to 88.9 every night from 10 pm to 2 am to The Secret Spot, where host D Danubian will wind you up and then simmer you down with a blend of smooth R&B, vintage soul, and slow jams.

For this edition of The Vault of Soul, we're taking a look at Marvin Gaye's legendary career.

Join D Danubian and WERS Traffic Coordinator Ashley Lindsay for a conversation about Black radio in Boston on 9/17 @ 4pm as a part of the FUN Festival! Learn more about the event here!

Marvin Gaye, the Prince of Soul and a Motown legend, was born on April 2nd, 1939 in Washington D.C. Gaye started singing in church at the age of four. His father, a church minister, often accompanied him on piano. Gaye's voice really started to shine as he grew up; He became the star of his junior high glee club and sang in doo-wop groups throughout high school.

After a short run in the Air Force, he formed vocal quartet The Marquees in 1957. The group worked with Bo Diddley before Harvey Fuqua hired them, becoming Harvey and the New Moonglows. The quartet disbanded in 1960, marking the start of Gaye's stunning solo career. He signed with Motown Records that same year and released The Soulful Moods of Marvin Gaye in 1961: his first LP, and Motown's second. It was his second record, however, 1962's That Stubborn Kinda Fellow, that held the hit singles which set him up for a hugely successful run that year and beyond. He became Motown's hitmaker, mainly performing songs written and produced by others. Throughout the '60s, he recorded a series of successful duets, most famously with Tammi Terrell; The two recorded three albums together.

It was on the 1971 record What's Going On that Gaye broke the Motown mold by taking the reigns and producing his own album. On that release and his subsequent '70s albums, Marvin Gaye displayed outstanding songwriting chops and outspoken lyricism. He topped it all off by making the most of his incredibly wide range.

In the late '70s, Marvin's ongoing battle with addiction worsened. In major debt, he fled to Europe in 1980. It was while in Belgium, though, that he wrote major hit "Sexual Healing," signaling his comeback.

However, Gaye's father had often abused him as a child, and the abuse continued well into his adult life. Tensions ran high just as he was becoming successful again. Tragically, Gaye was shot during an altercation with his father in L.A. in 1984. After his death, Gaye's legacy grew enormously; His name is one the most revered in American musical history, remembered as above all a truly revolutionary singer, songwriter, and producer.

Who Marvin Gaye was influenced by

During Marvin Gaye's earliest experiences with music, he said that his father's piano playing was an influence of his. As he grew as an artist, he strove to emulate the Doo-Wop style of groups like The Capris; Their song "God Only Knows" in particular had a major impact on him when it came to "so much soul, so much hurt." Groups like The Five Keys and artists like Ray Charles were also great influences.

Gaye also grew up a lover of jazz and standards. Vocally, he took pages from the songbooks of Frank Sinatra, Billy Eckstine, and Nat King Cole. He even recorded a tribute album to Cole in 1965. When he first signed with Motown, he performed solely jazz tunes and standards, having no interest in being an R&B performer.

Gaye later found inspiration in the work of his label-mates, David Ruffin of The Temptations and Levi Stubbs of The Four Tops. He listened to their vocal style and used it to improve his own, giving him a more robust essence on his recordings.

The list of those whom Marvin Gaye has impacted is endless and surely grows every day. Notably, when Gaye released What's Going On, he made a serious stride in the format of '70s R&B. His 1971 release made concept albums a major trend in R&B music, with artists like Barry White emulating that format. White did this on concept albums like Rhapsody In White with his soul group, The Love Unlimited Orchestra. Gaye's concept album influence is also evident in Stevie Wonder's Music Of My Mind from 1972.

"Ain't No Mountain High Enough" is undoubtedly Gaye's biggest hit, appearing on his first album with Tammi Terrell. Husband-and-wife duo Ashford and Simpson originally wrote the song, hoping it would make them a Motown fixture. Though British soul singer Dusty Springfield was after the song, the duo gave it to Gaye and Terrell instead, making it the legendary song it is today. Gaye and Terrell's alternating vocals elevate the tune to a bright, blissful level, immortalizing the timeless message of doing anything for love. This song was also the first of a handful of songs that Ashford and Simpson ended up writing for Gaye and Terrell. "Ain't No Mountain High Enough" has since been covered numerous times, most notably by The Supremes and The Temptations, and used in countless soundtracks.

"Mercy Mercy Me (The Ecology)" is one of the very first major songs about environmental issues; It remains today one of the most powerful calls to action. The song complements the other tracks on What's Going On, an album that covers many social issues that were going on at the time. Gaye raising awareness about the state of the environment was nothing short of revolutionary, alongside songs about drug abuse, poverty, and the Vietnam War. Gaye plays piano on this eloquent tune, while session musicians The Funk Brothers play the array of instruments creating the ambient background.

Gaye was embarking on his own healing, sexual and otherwise, when he crafted this song. While spending time in Belgium fleeing from the IRS and the end of his second marriage, he began to recover from his drug addiction and depression. In addition, Gaye started to cut ties with Motown, allowing him to have a full creative license. With guidance from close friends, Gaye wrote "Sexual Healing" as a step towards his recovery and success. The song won him two Grammys and brought him back into the spotlight toward the end of his career.

The Vault of Soul: Etta James

The Vault of Soul: Dionne Warwick