WHO ARE THE BLACK KEYS?

The Black Keys are an American rock band spearheaded by Akron, Ohio natives Dan Auerbach and Patrick Carney. Jam sessions as adolescents turned into full-blown gigs, and the eventual formation of the duo that is now widely known and beloved as the Black Keys.

Known for their bluesy, garage rock textures, the band has released eleven studio albums since their formation in 2001.

Their newest record after a five year hiatus, Dropout Boogie, arrived in listeners’ music libraries overflowing with collaborative efforts with other talented musicians — including Greg Cartwright of Reigning Sound, Angelo Petraglia of Kings of Leon, and of course, the one and only Billy Gibbons of ZZ Top.

The collaboration between the band and ZZ Tops’ Billy Gibbons was a somewhat spontaneous occurrence. Auerbach and Carney were recording tracks for Dropout Boogie at Auerbach’s own Easy Eye Sound Studios in Nashville, and Gibbons just happened to be in town. Auerbach sent Gibbons a quick text, and the virtuosic guitarist nonchalantly showed up at the studio to help cut a track.

Gibbons had been a fan of the Black Keys’ work since the mid-2000s, and was an enthusiastic audience member at many of the band’s early shows. And thus, this collaboration was bound to happen at some point.

The influence Gibbons had over the track’s production is undeniable. The musician was simply handed a guitar and then immediately began to lay down wave after wave of dirty, nitty-gritty rock.

GETTING THEIR HANDS DIRTY — THE SONIC LANDSCAPE OF “GOOD LOVE”

Steady grooves wash over listeners from the get-go of the track, submerging them in momentary funky, bluesy, rock n’ roll bliss. The Black Keys’ discography is widely known for their clear cut blues rock sound, but in this track, Gibbons helps the band cut loose. They embrace the messy authenticity of the blues and imbue ZZ Top’s characteristic fuzzy, distorted, and rougher sounds into the song. The track revels in imperfections, looping in grungy lick after lick. They build up the sound until it all melds together under Auerbach’s warm intermittent vocals that sing of the woes and worries of love.

A LOVE TURNED STALE — BEHIND THE LYRICISM OF “GOOD LOVE”

The message of the track is clear cut within the first lyrics that listeners hear: “Good loving is so hard to find.” The Black Keys grapple with the feeling that they are wasting their time on a lover, as they subconsciously know that there is better love out there than the love they are experiencing. They can’t help but feel jilted by their current lover as they sing, “Everybody wanna waste your time, waste your time, yours and mine. A good love is hard to find.”

Though, the band knows that once good love is found, it is something sacred to hold on to with all of their might. The Black Keys urge listeners, “Don't you rush it, gotta take it slow.” They encourage those who are with the right person to hold on to the beautiful thing that they’ve got.

The Black Keys are right — good love might be incredibly hard to find in this life. But when it comes to the band’s discography, good songs are in abundance. So, if you are in need of a release this summer, hop in the car, roll down the windows, and let the sounds of “Good Love” ring out.

WHAT’S NEXT FOR THE BLACK KEYS?

You can catch the Black Keys bringing some “Good Love” all over the U.S. this summer and fall, on the remainder of their Dropout Boogie Tour. They will be in Massachusetts at the Xfinity Center in Mansfield on July 29th, so be sure to boogie on down, to witness the incredible blues rock of the Black Keys!

Pick of the Week: The Black Keys “Crawling Kingsnake” 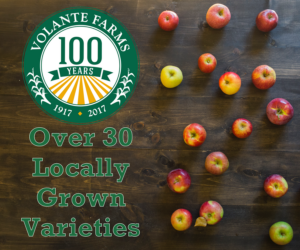