Garage Rock is not Dead 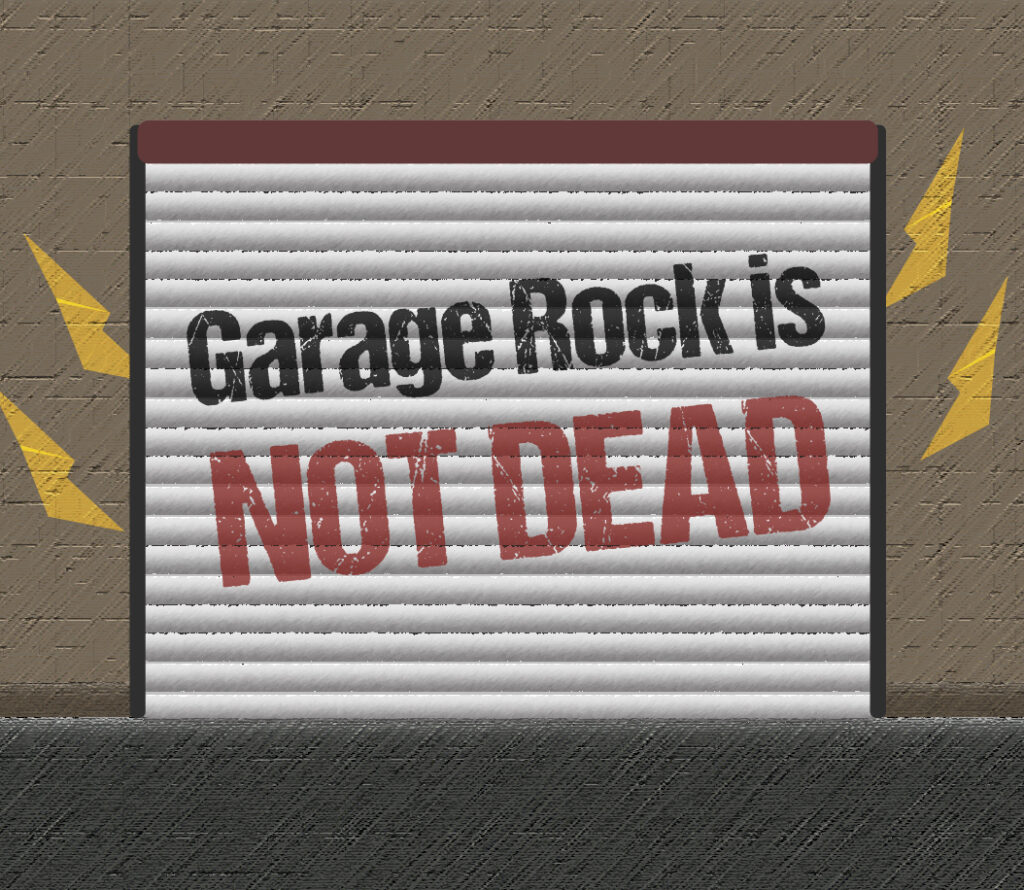 There's something beautiful that happens when a new subgenre of music comes onto the scene.

Suddenly, there are whole scores of music lovers united under a whole new community, all bonding over the same bands.

One particularly united music community in the late '90s to early 2000s was the garage band subgenre of pop-punk/alt-rock, a revival of the garage rock music from the '60s.

The stylistic tweaks to instrumentals and vocals set garage band artists apart from their other genre-related counterparts. Their sound was more homegrown, as if the music you were hearing wasn't released from a major record label. Instead, the genre immersed people in more personal experience. Listening to garage band music makes you feel like you're watching it performed right in front of you in someone's backyard on a Saturday night. It's all stripped down and raw, with no embellishment to speak of.

Some say the garage band genre is dead.

While it's definitely not as mainstream as it was back in the day, the subgenre still lives on today. As with any aging genre, the music has evolved with the ever-changing production styles, but the homegrown, backstreets sentiments are still there. The following artists are those that carry the torch for the kids with the ripped jeans, band t-shirts, and muddy converse.

Caution: I'm not claiming that English rock band Arctic Monkeys is 100% a garage band here, because that would be a disservice to their diverse and expansive discography. However, their album AM, which was released in 2013, plays heavily into the garage band subgenre. Songs like "Do I Wanna Know?" and "Snap Out of It" have those heavy drum beats and raging guitar riffs that are sure to blow out the speakers of your mom's basement. Above all, their song "R U Mine?" is the ultimate garage band jam, with the rip of the guitar and Alex Turner's dark, demanding vocals hitting you right in the face. While Arctic Monkeys, in their latest album Tranquility Base Hotel & Casino, have toned down their sound as of late, you can still hear the steady drum beats and stripped down feel of the genre the garage rock that heavily inspires them.

Rock band The Black Keys have always stayed true to their garage rock roots. Even today in their latest singles "Eagle Birds" and "Lo/Hi" stick to the format of raspy electric guitars and tambourine beats. The vocals, provided by lead singer and guitarist Dan Auerbach, keep in that low register that's a staple of vocalists in the garage rock genre. There's something grungy, down-and-dirty, and rough about The Black Keys music that makes me think of ripped jeans and belt chains. I find it a real feat that this band has been able to not only stick to their garage rock staples, while also blending it with some traits of the blues genre and incorporating modern styles as well. This feels like grown-up garage rock to me.

Canadian alt-rock back Japandroids produce what I would call certified headbangers. The fast pace of their songs, coupled with the loud guitars, crazy banging of the drums, and wild vocals makes for the perfect storm. I want to blast their music and start singing at the top of my lungs. Their most recent album, "Near to the Wild Heart of Life," is chock-full of hits that make me want to learn how to shred on the guitar. Brian King and David Prowse, who share the vocalist duty, have this rare appeal I can't quite put my finger on. It's almost like they yell into the mic while they're singing, but somehow, they make those raw, fired up lyrics sounds like angels singing. Their music is garage rock heaven for anyone looking for a little bit of updated, new nostalgia (which seems oxymoronic but makes sense?)

Australian duo Hockey Dad strikes the perfect balance between nostalgic garage rock and new age alt-rock. There's still the wild guitars, drums, and rip-roaring vocals, but Hockey Dad really streamlines the production of their music. It's more polished than former garage rock-there's some semblance of order to their music. However, there's still that feeling of disenchantment with the world, being that punk kid just trying to make and listen to good music. The sound is definitely more modern, but there's this homage to original garage rock still present in the vocals and instrumentals. It's the kind of music I would throw on during a party in the summer, or on a warm night at the beach. It's carefree, hardcore, and heartfelt all in one.

Now, these guys-they're the only ones on this list who I would call pure garage rock. Australian garage rockers Dune Rats have managed to hop in their Delorean and turn back time (wow, two eighties references in one line?) to the days when garage rock was dominating the alt-rock scene. While these guys definitely have some punk rock running through their veins, their style and vide is 100% garage rock. There are heavy guitar solos, banging drum beats, wild vocals, and lots of hair whipping (seriously, these guys have some long hair). These guys are the real garage rock deal, which is surprising considering how the subgenre has fallen off as of late. It's comforting to know that there are bands like this who are still keeping garage rock alive in its purest form.

CHVRCHES’ ‘Love Is Dead:’ Dealing With Thrill and Regret

The Kooks Continue to Rock Boston