Pick of the Week: Ripe “Settling”

In their early days, the dance-music-making entourage Ripe had thought “making it big” was playing an Allston house party. The group formed in 2011 within their first few weeks of attending Berklee College of Music.

Now, in a span of just weeks, Ripe played Boston Calling, came into our very own WERS studio for a one-of-a-kind live session and took the road for an expansive tour.

They’ve performed through the airwaves and in front of festival-sized audiences. They’ve tackled shows at home in Boston and abroad. And in every case, Ripe delivers their funk-pop grooviness with infectious positive energy.

The group’s new single “Settling” comes just in time for summer with its particularly bright and dancey sound.

“Settling” is the first track to give a taste of Ripe’s upcoming sophomore album effort. It comes nearly four years since the band released their debut full-length album Joy In The Wild Unknown in 2018. The wait may have been long, but the band is swinging in as ripe as ever.

DIVING INTO THE LYRICS AND SOUND OF “SETTLING”

At WERS, we especially love watching Boston bands gain traction and earn exciting opportunities. From declaring that “Ripe Is On A Roll” in 2015 to celebrating their festival appearances at Levitate in 2019 and Boston Calling just this year, Ripe is no exception.

That’s why “Settling” is such a special release. The song represents this sense of picking up momentum in several senses.

Through the main lines repeated throughout, the band declares that it “feels a lot like settling” as they wait for things “to get better.” Other lines warn against playing it safe or biting one’s tongue. With these lyrics, Ripe is encouraging an active role in making positive changes.

The sound reflects a sense of growth, too. Robbie Wulfsohn on lead vocals possesses confidence. While a beachy-sounding guitar melody opens the song alone, the instrumentation becomes more elaborate as the song progresses.

The drums create an audible build. Trumpet brings out particular bright spots on the summery track. And it of course ends on a high note, each instrument giving one last simultaneous burst of energy.

This overall sense of momentum doesn’t just pertain to the band and their rise. As you head into what’s next, Ripe encourages you to carry this energy with you, because you never know where it can lead.

Pick of the Week: Jon Batiste “I NEED YOU”

Pick of the Week: Bleachers “How Dare You Want More” 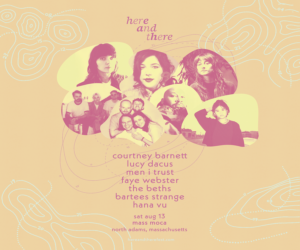