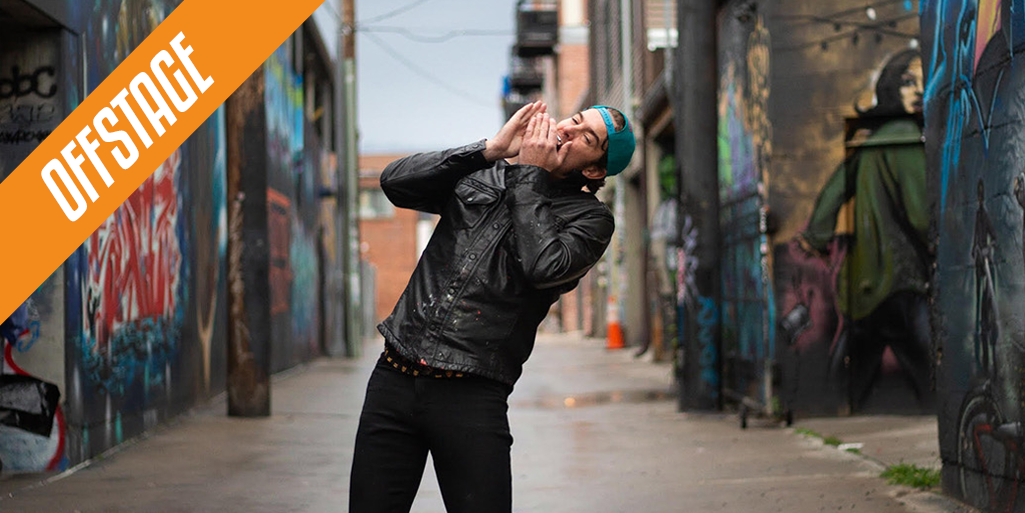 When the lights go up and the crowd goes wild, artists become performers. But when the lights go down and the audience goes home, our favorite musicians head offstage to resume their day-to-day. This series peels back the curtain and takes a look into the lives of some of your favorite artists from their point of view, through some of their favorite songs. For this edition, we let WERS fave G. Love take over our blog:

Hey, this is G. Love. I'm from Philadelphia, PA, although I've been living in Boston and now Cape Cod for the last 16 years. My newest release is G.Love "The Juice," produced by four-time Grammy Award winner Keb' Mo', and is the quintessential G.Love hip-hop/blues album. It's available now everywhere and I hope y'all love it! Here are some songs that have been inspiring me lately

I just dig the raw sound, it's a bit more up-tempo than a lot of Ray's work and has a good bluesy feel. It's not rocket science, it's just a good rocking song with an excellent vocal.

Man, I just love Cope's new record. I know, I know, he's one of my best friends, but I think this track "Justice" is one of his great songs. It's got this very Beatle-esque/hip-hop production feel - like if Dr. Dre was hanging with Paul McCartney and George Martin. Sweet track!

Damn, can I put one of my own tunes? Well, here goes. This song is like my best song ever. Why? Because it's got the most important message for the times we are living right now. It's got a call and response chorus. Y'all sing it with me? "We got the Juice, we got the love, we got the dream, we won't give up, we are the change, we had enough, we got the Juice - Times Up!"
Can you dig it?

Jack Johnson - "My Mind is for Sale"

Jack has just this wonderful way of writing tunes and captivating a listener with the syncopated, smooth sounds. His lyrics are so poignant, especially on this single. I was proud of Jack for writing this protest song and really saying something crucial during these difficult times we are living in.

I've been a fan and a friend of Gary since I met him in ATX some years ago. Gary has everything going - a generational talent on guitar and vocals. I was waiting for him to write a song like this; A protest song against racism and a very powerful rocking tune from this modern-day legend that's really saying something in every way.