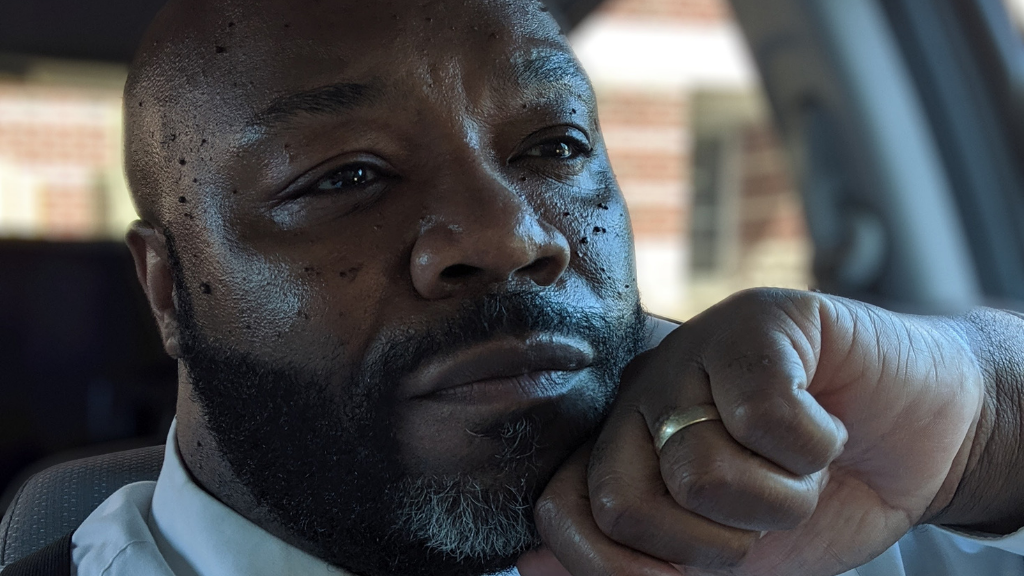 After 16 dedicated years as WERS' General Manager, Jack Casey recently announced his retirement from the station. Join us in welcoming our new General Manager, Howard "D" Simpson. D talked to web services coordinator Nora Onanian about his many years at the station - from hosting on-air as an Emerson student to serving as Operations Manager to spearheading ERS+ - and also a little bit about his life outside of WERS. D's passion for radio truly shines through and we are excited to see what he does as General Manager.

I KNOW YOU AND 'ERS GO WAY BACK. CAN YOU TELL ME ABOUT HOW YOU FIRST GOT INVOLVED WITH THE STATION?

Howard Simpson: My first connection to the station was as a teenaged listener in Mattapan. At the time there was an Urban music program called 88.9 At Night. I used to record new music onto a cassette tape. Could always count on the station to have the latest, "freshest" tracks!  A few years later I enrolled at Emerson College as a TV major. Once I understood that the Emerson campus was home to WERS and 88.9 At Night, I just had to audition for an on-air position. The 4 years went by quickly and I graduated having already been working in commercial radio for a couple of years. Still love TV and video too, though!

HS: I did. I was wearing multiple hats for a sports station that had two signals and wanted to pull back on the workload a bit. It was intense, but nothing was as intense as interviewing with Dr. Jack Casey. His poker face can scare you spitless. I didn't think I'd get the job, because I wasn't sure if he liked any of my answers to his questions.

When I was called back for a second interview, the student worker at the front desk gave me the impression that Jack had either double booked his calendar, or simply wasn't available. I was mortified. Her name was Ashley and she led me into the conference room to meet with the student leadership team while she tried to reach Jack. Once they started asking me questions, it dawned on me that they were actually interviewing me! It was a part of the plan. As an alum, I felt I owed it to them to demonstrate how Emersonians should represent themselves in an interview. Next, I met my predecessor, Alden. He was so bright. Like, genius-level bright in the way he spoke about radio and WERS. Finally, Alden walked me into Jack's office. His poker face dissolved into a smile. He asked, "So, you really want this job?" The rest is history.

HS: Being Operations Manager was amazing. It allowed me to use and further develop all of the skills I'd acquired over 15 years in commercial radio. There was a gradual then accelerated tech boom that meant I needed to evolve too. The days of vinyl, turntables, and CDs gave way to hard drives and software. I became a certified computer technician and network specialist to  stay sharp. That was one of the best educational moves I made. Ever.

WHAT OTHER AREAS OF THE STATION ARE YOU INVOLVED IN AND POSITIONS DO YOU HOLD?

HS: As Operations Manager I was a conduit between every department, making sure the students and professional staff had the tools and training needed to perform their duties at an optimum level. Necessity called on me to program and host our R&B/Soul program, The Secret Spot. Because of that, I have been on the air every night from 10 pm-2 am since the pandemic-induced lockdown.

The murder of George Floyd prompted Dr. Casey to insist that there had to be a way we could do more to show our alignment with the push for social justice. He asked me if I thought I could create an Urban radio station for our HD2 Channel. That music is my specialty, so I seized the opportunity. Working from home, during a pandemic, at the height of a time of social unrest, I created ERS+, Boston's Black Experience. The station provides a cultural deep dive into R&B and Hip Hop 24/7. When we launched it was one of the proudest days of my career. Some write-ups said I "helped" launch the station. No, no. I did it all: Created the music library, all of the production elements, designed the webpage, everything. Somehow, Beyonce's Black Parade was the first song that played on launch day. I thought that was so in line with the motivation behind the station's birth.

WHAT ARE YOU EXCITED ABOUT GOING INTO YOUR NEW ROLE AS GENERAL MANAGER?

HS: To go from being a black teenager in Mattapan who was a fan of the station's programming, to now being that station's GM? I'm excited about everything! I've been very fortunate and have had incredible mentors while on my journey. One of the biggest lessons I've learned is that the sky's not the limit. It's just the horizon.

HS: That transition has been smooth but busy. I report to Brian Basgen, the VP of IT. He has been beyond supportive while Jack's taken me closer under his wing. Jack is one of the best managers, programmers, and teachers I've ever known. He set a high bar for all of the professional staff and keeps it 100 (as in 100 percent real).

When you work with someone for over a decade like I have with Jack, you get to know them on a different level. Jack was one of the first people to visit the hospital when my son was born. He was by my side and constantly checking on me when my mom passed in 2019. I would give him props for every milestone the station hit and he would say "I couldn't do it without you". That meant a lot to me. When the station achieved a major goal we'd hug, give each other a fist bump, and I'd tell him we were such a good team that we were "more nice than Miami Vice". His response would be "then why don't we drive expensive sports cars?" and we'd laugh. If you don't know about Miami Vice, please Google it.

WHAT DO YOU LIKE ABOUT WORKING AT WERS AND IN RADIO IN GENERAL?

HS: WERS and Emerson College are both special places to me. They're a second home for me. Working at WERS and mentoring students is the best. It allows me to give back in gratitude for how transformative my Emerson undergrad years were. To watch the students grow, become more confident, find or create their voices, then succeed at entering their chosen field is so rewarding. I've been there.

Radio can entertain and enlighten. It can make you feel like you're included in a community, while it's truly an intimate medium. If I'm at my best, you tune in and get the impression we're having a conversation, as if I'm only speaking to you. I aim to be a host that's the friend who hips you to new sounds or refreshes you with sounds you haven't heard in a while. I'm also not afraid to add in some real talk. As in being willing to mention the universal themes we can all relate to in some of our favorite songs. At the end of the day, we all have more in common than we don't. To realize that is to realize the power behind the microphone. It's a great power. With great power comes great responsibility...

DO YOU HAVE ANY NEW DIRECTIONS IN MIND FOR THE STATION?

HS: I do, but you'll have to tune in to find out more.

HOW DO YOU LIKE TO SPEND YOUR TIME, OUTSIDE OF WORKING AT WERS?

HS: Outside of the station, I'm a family man. One positive thing about the Covid-19 lockdown was it gave me time with my wife and son that I would have normally lost in my commute on the Southeast Expressway! My son is a huge fan of The Flash television series. My wife and I join him in watching an episode together on the weekends. I'm a proud geek! I love the smell of technology, am a fan of DC Comics and enjoy video games, especially the RPG genre. The original Final Fantasy 7, Final Fantasy 11, The Witcher 3 and Persona 5 are some of my all-time faves.

ANYTHING ELSE YOU WOULD LIKE TO ADD THAT I DIDN'T ASK ABOUT?

HS: Cheeseburgers should be a required food group.

A Note from WERS General Manager Regarding the Federal Budget Proposal