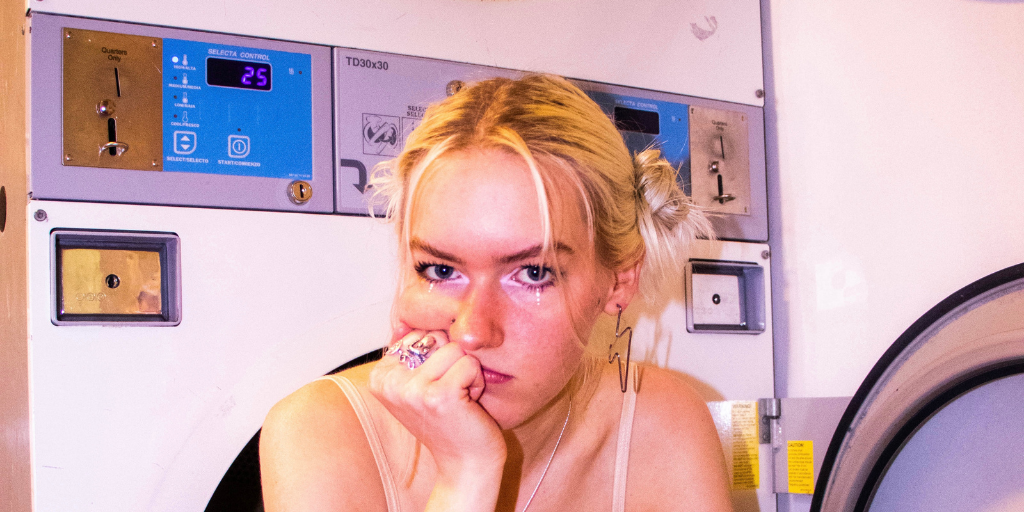 In this interview, Boston artist Matilde Heckler talks with staff writer Kira Weaver about her evolving sound, what statement she wants her music to have, and sonic journaling.

HOW DID YOU FIRST START TO EVOLVE YOUR STYLE FROM CLASSICAL VIOLIN TO WHAT IT IS TODAY?

MH: So I started playing when I was in third grade and they were like ‘Here's the cello, here's the violin, here's the viola…’ and I just liked the violin. People always ask me if there’s some crazy interesting story but I really think I just wanted to prove my parents wrong. That I could play an instrument and stick with something. At the time, they were kind of like ‘Oh we're not gonna let you do that, you’ll never practice.’ And my response was ‘No, I’ve got this.’

So I started and I stuck with it. I was entirely classically trained, kind of up until— well for most of my life, I guess my whole life. I did pop and rock here and there but really never delved into it so I always consider myself classically trained. Then I went to rock orchestra camp and bought my first electric violin. I got to play with the guy that invented it actually at a benefit concert in Salt Lake City, Utah. That was super cool. After that it sort of collected dust in my closet for five years. I literally never picked it up!

I sort of realized my junior/senior year, ‘Oh I don’t wanna do classical music the rest of my life.’ I wanted to explore more avenues. I started songwriting my junior year of high school. I had told a guy, my junior year, that I song-wrote, even though I didn’t really. But then I started because I wanted to prove him wrong. And it turned out to be something I was interested in. Sonic journaling is what I like to call it. It’s very therapeutic. I used to write with guitar or ukulele sometimes, but it never really felt good. And why would I force something that I don’t play?

Heading into Berklee I started experimenting with songwriting specifically for the violin. I realized it was something not many people were doing, and that’s my niche. It’s something to run with. Now, overtime, it’s slowly morphed into this alternative-rock, punk, emo hodge-podge that it is now.

SO DO YOU FEEL LIKE WHEN YOU SONG-WRITE YOU CENTER THE PIECE AROUND THE VIOLIN??

MH: It’s a little bit of both. Sometimes I do. I feel like I get frustrated with the violin a lot. Just because I play it all the time and it was something I never learned how to love to play.So oftentimes I start writing on guitar or bass, and then bring those ideas to the violin.

The violin is very limited in its ability to write on, since it is a melodic instrument and it’s not meant to play chords. You have to figure that out. I feel like it just all happens at once honestly. I’ll have a lyric idea, a chord idea... and it just morphs into a song eventually.

YOUR FIRST SONG THAT CAME OUT THIS PAST FALL — WHAT PROMPTED YOU TO RELEASE IT SINCE YOU HAD BEEN WRITING FOR A COUPLE YEARS BEFORE THAT?

MH: Yeah, I feel like it was [that] the stuff I had started writing before this year was very high school, and was written in what feels like a younger mindset. With “I Think I’m Doing Better Alone Again,” it was the first time I was really proud of the sound. I was so proud of the violin part — I started that one on violin. I thought the lyric writing was really strong. I was just like ‘I think this is an embodiment of everything I can do as a musician.’ And it was a good starting place for my brand and my sound…

TALKING ABOUT YOUR BRAND, IT FEELS LIKE IT NOT ONLY ENCOMPASSES YOUR MUSIC, BUT ALSO IS A STATEMENT WITHIN ITSELF.

MH: Yeah, I guess I never thought I could make music like this, the whole emo alt-rock genre. Being a woman growing up I was always compared to the next guy. I think we’ve all had experiences being talked down to, you know? Everyone told me that.

I had an ex boyfriend tell me that I couldn’t put the violin in emo music. Cause I [would] listen to that music and [be] like, ‘Oh violin would be so cool in this!’ And his response was ‘You can’t do that.’ and I listened to him, as a naive little high-schooler!

I just realized, now that i’m in this headspace, that I don’t give a f*ck about what anyone thinks about what I do or what I create. I can put my violin in a weird place. I can sing about being a woman in a band. I can be openly feminist.

It’s really important to me that my music is bigger than me. I like to say I kind of build homes within my songs. That they are so personal to me that I hope other people feel like they have places to feel heard in. A lot of my experiences– being a female making music I kind of want to make sure the younger version of myself would’ve looked up to a girl like me. And I want to make sure there’s other little people out there who feel like they can look up to me and be like ‘Oh I can front a band. I can be loud. My voice can take up space. I don’t need to be silent.’

I FEEL LIKE THE LATEST SINGLE ALMOST CEMENTS THAT.

MH: Yeah, somebody called it my ‘pièce de résistance.’ It’s my message.

WHAT DO YOU THINK OR HOPE THE AVERAGE LISTENER OF YOU MUSIC TAKES AWAY FROM IT?

MH: I want them to feel like– I guess like they can do it too. That’s the big take-away. Sing it in your car, scream about something stupid that’s happened in your life. Just listen to it cause it’s fun. Don’t judge people for what they make.

I hope people listen to "Emo Needs More F*cking Girls" and realize that women should be able to make music, and that music doesn’t have to be perfect. Sometimes it can be screamy, sometimes it can be fun. Just enjoy it! Create to create. People are going to hate what you do for stupid reasons.

“HANG UP HELL(O)” WAS THE FIRST SONG YOU GUYS PLAYED TODAY. THAT’S UNRELEASED?

MH: That is unreleased, it’s probably gonna be on the EP I'm working on, we are recording that this summer.

That song’s like a play on words cause the “O” is in parenthesis. So it’s ‘Hang Up Hell’ and then also ‘Hang Up Hello.’

I wrote it because I actually did ghost my therapist. Just thinking about [that] fact and being like ‘Ew I have to talk to somebody to feel better.’ That’s sort of the whole premise behind that song.

THE SECOND SONG YOU GUYS PLAYED IS ALSO UNRELEASED, RIGHT?

MH: Yeah, the second song is called “What’s The Catch?” I actually wrote that bass part myself, which was really different for me. It was cool! I don’t really play bass, but I brought my brother’s from home. Then the lyrics kind of came with it naturally.

I’m in a relationship right now and a lot of my past, not-so-great, relationships I feel like influence my decisions. All of this internal, negative self talk. “What’s the Catch?” is kind of this idea of experiencing something healthy and feeling like there has to be something wrong with it.

The one lyric — “Do I owe you something? Part of my body?” — I always felt like there was something I owed a man, physically, or it wasn't a real relationship. So that was a big inspiration.

IT DIFFERS FROM THE SOUND OF THE SONGS YOU CURRENTLY HAVE OUT.

MH: Yeah, the EP is going to be a lot different from what I have recorded. More indie-rock-based with string influences. I’m writing string quartet parts. We recorded this one song called “Penpals and Pretty Rocks” which has an orchestral part in it. So it’s almost more going in an ambient direction.

YOU HAVE THESE MOMENTS WITH YOUR PIECES, I’VE NOTICED, ALMOST TOWARDS THE MIDDLE TO END, WHERE YOU CAN REALLY HERE YOUR VIOLIN CLASSICAL BACKGROUND IN THE SOUND.

MH: Yeah, I like to do that. I’m not a vocalist by trade so I like to show off that I do play this instrument.This is where I started and where I came from. It’s important to me!

ARE ANY OF YOUR OTHER FAMILY MEMBERS ALSO MUSICIANS?

MH: No, they dabble though. My brother and sister played piano. And my dad plays a little bit of guitar. My sister is a flute player, but she isn't going into it in college. Me and her are kind of the sole people.

WHAT DO YOU THINK YOUR BIGGEST MUSICAL INSPIRATIONS ARE?

MH: On the violin side, Sudan Archives and Kishi Bashi are two big ones. I didn't discover them until last year, which is when I got into looping my violin and playing around with it in my music.

Lyric-wise, Hobo Johnson. I listened to him a lot in highschool and I can hear his influence in where I’m at now.

WHAT DO YOU THINK YOUR BIGGEST NON-MUSICAL INSPIRATIONS ARE?

MH: Color and creativity in general are the biggest inspirations. Just that I get to do art. It’s more than just the music — it’s all fun for me.

On the business side, my parents. I grew up in a small-business family, and I didn’t even realize I was learning how to run a small-business until I got to college. Then I realized I knew how to do all the stuff on that side because my dad taught me. 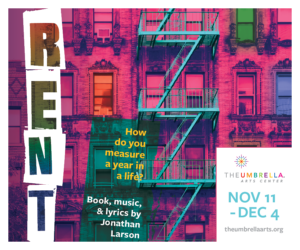