Live music is finally making its return! To celebrate, we rounded up a list of ten places you can see free outdoor concerts this summer. Whether it’s a long-running and well-known concert series or a hidden gem, here are all the details you need to know to attend shows near you. Grab a blanket, chair, sunscreen and bug spray, and check out what talent these local spots have to offer!

BRIGHTON, MA – CONCERTS IN THE COMMON

Fresh foods and fresh tunes! Head to the Brighton Common during the farmer’s market, held twice each month, for Concerts In the Common. The family-friendly performances start at 4:30 and feature a wide range of genres – from a cappella to funk. The two shows scheduled for this month will be on July 14th and July 28th. Remaining dates include August 11th, August 25th, September 8th, September 29th, October 13th, and October 27th.

Not only is the Boston Common the nation’s oldest public park, it’s also a great spot for live music. While there are no formal concert series planned, there is almost always a chance to see performances in the Common and Public Garden. If you take a stroll around, you can catch buskers like the infamous Keytar Bear showcasing Boston’s local talent. And shows often pop out of nowhere at the Parkman Bandstand.

From a Beatles tribute band to local pop-rock group The Continentals to country duo Martin & Kelly, the lineup for this year’s Antonio F. Gentile Bandstand Summer Concert Series has something for everyone. Shows start at 7 p.m. and run every Sunday from July 11th through August 29th. Bring a blanket or chair and enjoy the great tunes and beautiful view of the water!

In the small town of Bridgewater (which happens to be my hometown), a show is put on every Thursday between 5 p.m. and 8 p.m. in Music Alley. Local small business food vendors offer good eats and talented performers provide the entertainment. The concerts, located in Central Square, are open to the public and family-friendly. Music Alley’s summer music series runs from June 10th to September 2nd.

For four consecutive Fridays in August, Lexington will put on a free summer concert series in Emery Park. Shows go on from 6:30 p.m. to 8:30 p.m. Musician Ben Rudnick will be the first performance, followed by Rhythmix, Houston Bernard, and Dwayne Haggins. Check out the local talent Lexington has to offer!

This will be Abington’s 17th year running their summer concert series. Shows are located at the Catherine and Joseph Nisby Bandstand. The eight-concert series will take place every Sunday night between 6 p.m. and 8 p.m. from July 11th through August 29th. Rock n’ Roll band Dale and the Duds will kick it off and Doo-Wop DeVille will close out the series. See the full line-up here.

Beverly is putting on two concert series for double the fun! Come out to Lynch Park on Sundays or the Beverly Common on Thursdays to catch live nighttime performances. Each run between 6 p.m. and 8 p.m. Performers include the North Shore Philharmonic Orchestra, cover-band The Reminisants, and more!

Visit the scenic River Island Art Park in Woonsocket, Rhode Island to catch the Levitt AMP Woonsocket Music Series. July 9th will be the first of ten shows planned to take place every Friday. Two acts will take the stage each night from 6 p.m. to 9 p.m., including WERS favorite Adam Ezra Group on August 10th.

From June through August, Concord Parks & Rec Department is keeping things interesting by putting on Tuesday night concerts in varied locations around the city. Spots include the lawn of the State House, the Riverfront Park, and Keach Park. In addition, every Thursday there will be a concert in Eagle Square. All shows start at 7 p.m. You can check out the line-up here.

The Boston Parks and Recreation Department recently announced plans to have free live shows in local parks across Boston neighborhoods. The series, called ParkArts Neighborhood Concert Series, starts July 12th and ends August 12th. Details have not been confirmed as they assess Covid-19 guidelines and precautions. However, a few park partner series from previous years are listed on their site. 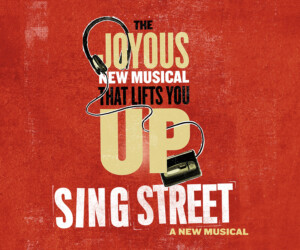