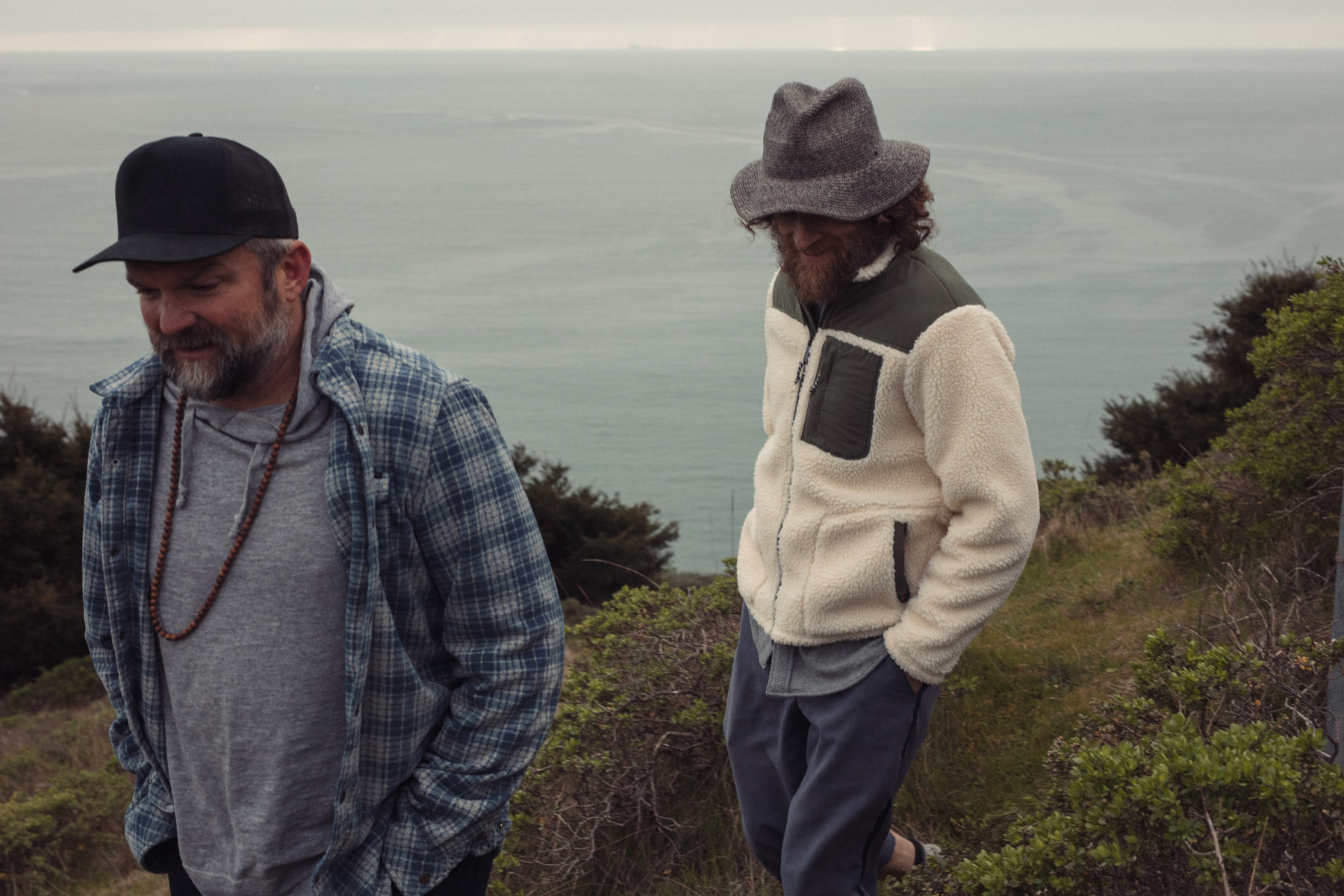 Brad Corrigan and Chadwick Stokes of Dispatch, who formed in Vermont and Boston, caught up with Phil Jones. They talk about their new EPs and drop cryptic hints about the future of the band.

AFTERNOON GUYS! SO, YOU'RE DOING THIS THING AGAIN, WHERE YOU RELEASE EP'S ONE AT A TIME. PHASE 1, PHASE 2, AND SO ON. IT'S SORT OF LIKE THE LAST CYCLES WHERE THERE WAS LOCATION 12, AND LOCATION 13… WHAT'S GOING ON HERE?

Brad Corrigan: If we let you know, we'd have to kill you.

BC: Ah, come on Chad, let's be a little less enigmatic today.

Chadwick Stokes: It's a Geocache. There's coordinates around New England, and Colorado, and parts of Idaho, but for the good people out there hunting, we don't want to give away too much.

ADVENTURE! I LOVE IT. SO, PUZZLES ASIDE, YOU GUYS HAVE REALLY PUT OUT A FANTASTIC PAIR OF EPS. HOW DOES IT FEEL TO HAVE THESE SONGS OUT IN THE WORLD?

CS: We feel great about it! Brad and I both, as soon as we're done with it, we want it out. For Phase 1 we wanted to show in the first three songs where we're going with this record, while for Phase 2 each song sort of fits together sonically.

LET'S TALK ABOUT "ALL THIS TIME," THIS TRULY BEAUTIFUL NUMBER ON PHASE 1. WHAT'S GOING ON THERE?

CS: We felt like "All This Time" was the lyrical anchor of the record and kind of spoke to, where it opens up at the end there, the scope of the record. And it speaks to loss and time passing and how we need to realize what we have, while we're living, to appreciate it. That's an old theme there. But then at the end of the last chorus, it's the same melody but the lyrics change and it talks about mass incarceration and the water rising and the youth of our country and passing this along to them. We really wanted that song out as soon as possible, and kind of nominated it as the lyrical flagship.

BC: I also really love the song because I felt like it melded all of our favorite influences. To me it's like a '60s or '70s rock song, but still has that acoustic sentiment to it where you can hear a lot of the harmonies and hopefully hear the lyrics, rather than the lyrics blending into the production beneath it. Getting to have The White Buffalo sing at the end and move through a historical synopsis of all the issues we're seeing now that we're dads in middle life, it was really impactful.

SO, IT'S NOT LOST ON ME THAT I'M ONLY TALKING TO THE TWO OF YOU TODAY. LAST TIME YOU WERE IN STUDIO, YOU WERE A TRIO. THAT'S A HUGE CHANGE! ADD TO THAT WE'RE IN THE MIDDLE OF A LOT OF POLITICAL CHANGE, A SURGE IN PEOPLE ACTING FOR RACIAL JUSTICE… ALL OF WHICH YOU SING ABOUT VERY CANDIDLY ON THE ALBUM.

BC: Chad and I can feel the loss of our third bandmate, Pete. You know we founded the band together 20-ish years ago and the three of us journeyed so much together. But to confront our collective mental health and Pete's struggle with his depression… you know from a less bulletproof standpoint when you're in your 20s and 30s, you think "well, we can just take on anything." The older and more self aware we've gotten, we just realized that the healthiest thing by far, even though it would hurt the most, was to make sure that Pete was in a safe place and that Chad and I and our new bandmates were in a place where we still had plenty of gas in the tank, and really wanted to continue creating and making new music.

And Pete has plenty of gas too, he's creating tons of music! You can just tell, I think, when you're at a place where a really healthy ending might create a really healthy new beginning. Meanwhile, Chad and I are leading our new band forward coming into the pandemic and into the racial fabric of our country unraveling. Quite a year of change, but I think all for the better… and we live one day at a time from a deeper place of gratefulness for what we have in the fact that we still get to sing and be in a band.

CS: We both love Pete so much, and we're trying to think about what's healthy for him and what's healthy for us. I think Brad and I have our own personal changes… Brad recently married and is a dad for the first time! I'm married and have three kids; while at the same time I lost a friend to heroin and had a cousin who died. So we're kind of tumbling through personal grief, as well as asking ourselves what does it mean to be American now, and what does it mean as white men to evolve in terms of what our privilege has meant to us.

THAT ACTUALLY POINTS REALLY NICELY TO THE SONG "MAY WE ALL." THAT SOUNDS LIKE A SONG THAT MIGHT HAVE COME ALL AT ONCE, IN A MOMENT OF CATHARSIS.

CS: Yeah it came fast, but in the course itself, there were so many twists. We knew it was going to be "may we all be forsaken" and then "may we all be mistaken." The line that followed forsaken was the one that I really sweat over, because I had like 50 or 60 lines to follow, thinking of different people in our country who have been forsaken, times I've felt forsaken, and the best one actually change. After George Floyd was killed, we went back to the lyrics to simplify them a little bit. It was actually done in our minds, and then we went back to studios on Martha's Vineyard and in Denver and recut the vocals.

OH THAT'S FASCINATING! NOW, HEARING IT, IT FEELS LIKE THAT LINE ABOUT "THE BLACK MAN TRYING TO BREATHE" HAD BEEN THERE ALL ALONG. BUT IT POINTS TO THE THEMES BEING VERY VERY OLD. I ACTUALLY WONDER, WHEN YOU SING ABOUT "THE SOLDIER TRYING TO LEAVE," IS THAT AN ALLUSION TO YOUR EARLY SONG, "THE GENERAL?"

BC: Are you self alluding there Chad?

CS: Wel, we have this whole song coming down the pipe on Phase 3 about a specific soldier. But I guess it's a little bit of a feedback loop sometimes. Sometimes the dots are connected in a way that you'd think would be obvious to us.

BC: That theme has only grown more significant. When we first sang "The General" we were in our early 20s. We're in a generation where luckily Chad and I haven't had to enlist, but we so deeply value our military and their sacrifice. At the same time it feels like we've been calling and calling and calling 'what is the point of war, and more death?'. I think a couple songs per record that's going to emerge over and over again as we get older.

I CAN'T WAIT FOR PHASE 3 THEN!

This isn't Phil's first time mixing it up with Chad and Brad! Check out Dispatch's 2017 live mix session for more.

Dispatch's newest EPs, Phase 1 and Phase 2, are out now.