Pride Essay: This Is What Falling in Love Sounds Like

When I think about the things that I can’t live without, the most typical answers come to mind— food, water, shelter, a place to sleep, etc. But for me, music could easily be added to that list. Not only has music been a source of inspiration, entertainment, and just an outlet for joy, but it has underscored many important parts of my life.

If you know anything about me, you know that I have a playlist for every single occasion. Over the years I’ve created multiple of these carefully curated playlists for specific memories and moments. When I go back and re-listen to the songs of a particular era, the rush of emotion and nostalgia I feel is so intense. This feeling is so essential to me.

Recently, I found myself experiencing a couple of monumental life changes. Not only have I moved away from home for the first time ever in order to pursue an education, but I am also in my first queer relationship. With every precious moment, I’ve of course had a playlist right at my fingertips.

In the spirit of Pride month, I decided to write about the songs that have been important to my partner and I. I guess you could say that these are just “our songs.” Every relationship has their own set of special songs, but it feels wrong encapsulating everything that the music has given us in just one singular phrase. So allow me to explain exactly how much this music means to my partner and I.

If this song represents anything, it would be the beginning of us. It has to be my favorite song that Annalisa and I share.

“Controversy” happened to make an appearance in our lives before we were together. I still distinctly remember the beat of this song pouring into the bathroom of our friend's dorm that we were using to frantically dye my hair pink for our last minute Ladybird and Kyle Halloween costume.

All of our friends were getting ready for a fun night out since it was our first Halloween experience away from home. To celebrate this and to build excitement for what was to come, we had curated a playlist to listen to before we went out.

I had actually never heard “Controversy” before, despite already being a big fan of Prince. But even after everyone had finally gotten ready, it was the one song left stuck in my head for the entirety of the night.

This song will forever conjure memories of dancing freely, laughing over booming music, running in the pouring rain to our Uber, and sharing little moments with Annalisa that I will forever cherish. The next day, I swear the chorus was playing in my head when I woke up. I immediately saved the song to my playlist.

I would never guess that months later, Annalisa would write an absolutely spectacular poem about our Halloween together and “Controversy” that would be published and read by friends and strangers alike.

During the time that Annalisa and I first started dating, I had been listening to Clairo’s most recent album Sling on repeat. Since that was all I was listening to during this point in my life, yearning and butterflies hijacked the lyrics. Cheesy, I know, but it’s so interesting how such a mellow album is connected to such intense emotions.

At one point in November, Annalisa and I went on the walk that we always take together around the commons and up Beacon Hill. As per usual, we shared Annalisa’s earbuds and allowed the music to underscore our conversation. Since they kindly always let me choose the music, I decided on this one particular day to put on Sling.

The wave of emotion that came over me when my favorite song on the album came on is a feeling I’ll never forget. I can only describe “Harbor” by the memories it brought me. The sweeping strings and heart-wrenching lyrics are indescribably gorgeous and fleeting. Nothing even paralleled the way that the setting sun hit the skyscrapers, the calming crunch of autumn leaves, and a quickened heartbeat catching each other’s eyes made me feel until I listened to “Harbor.”

Cambridge has become such an important place for Annalisa and I. We love the restaurant Veggie Galaxy where we’ve gone on many dates. Not to mention the Harvard Bookstore— the core of any creative writing major's heart. All in all, we just love the opportunity to walk around the quaint little town and enjoy each other's company.

I have such distinct memories of listening to Hippo Campus through Annalisa’s AirPods on the way to Cambridge. Just how I had introduced Annalisa to Sling, they had me listen to the music of one of their favorite bands, Hippo Campus. While I had heard of Hippo Campus prior to our relationship, I had never taken the time to listen. And let me tell you, I am so grateful that I waited.

Their music and the memories that became associated with it are now intrinsically linked in my head. One memory in particular was when they just released their single “Boys.” We listened to it on repeat for probably a week straight in anticipation for their upcoming album. Whether we were on the Red Line going to and from Cambridge, walking through Central Square, or even waiting for a table at Veggie Galaxy, “Boys” was most certainly blasting in our ears.

“LOVESONG (THE WAY)” BY CHARLIE BURG

Annalisa and I were lucky enough to see Charlie Burg in concert during the final semester of our freshman year. While I have loved his music for a long time, it was just an introduction for Annalisa.

For days after the concert, I would catch Annalisa humming “Lovesong (The Way)” under their breath. It pretty quickly became a new favorite for them. Just like “Harbor” by Clairo, this song features strings, but in the more romantic sense, and the most memorable chorus that is so fun to sing.

Charlie Burg’s music has always reminded me of the summertime and now that it’s time to welcome the summer sun, I find myself listening to his music as I drive through my hometown. I know that 500 miles away, Annalisa is probably doing the same.

When reflecting on the things that I can’t live without, I have one more thing to add to the list— love. Love and music are intrinsically linked, particularly in the way that I have lived my life.

While I know that I’m still young and have many years ahead of me, I know that one thing that will never change is the way I love and remember through music.

This month, this particular way of perceiving life and others is imperative.

Tell your loved ones the songs that remind you of them. Create playlists that make you smile, laugh, and dance. Remember mixtapes? You should absolutely give creating one a go.

Pride is a celebration and using music to spark happiness and joy is the best gift you can give to a person who is celebrating this month.

Pride Essay: “I See You” – How a Song Helped Me Find Myself 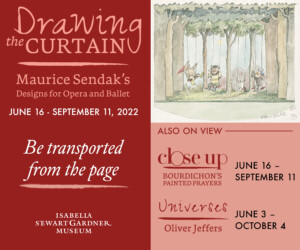