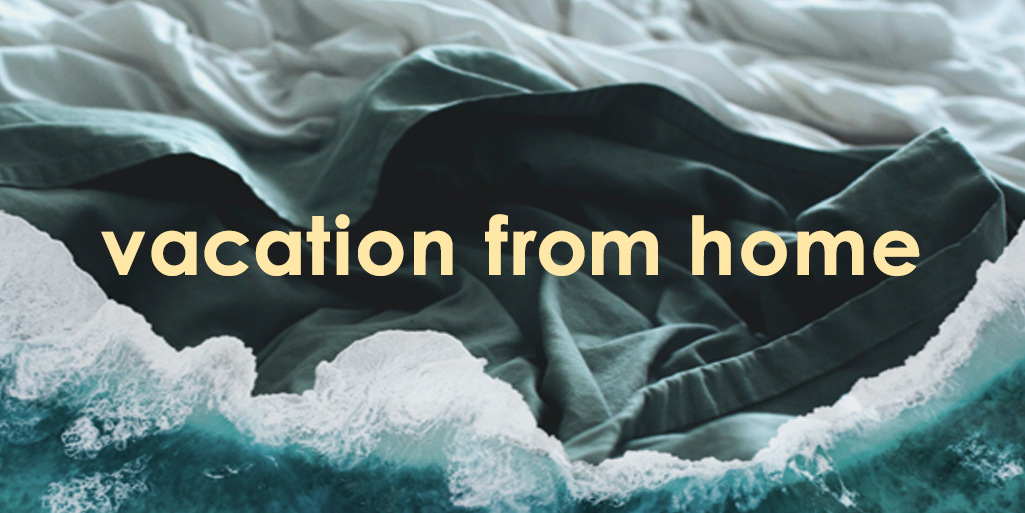 No matter how many high-speed trains they build, there will never be any better form of transportation than a little thing called music. It's truly miraculous that whatever state or mood we're in, music somehow always has the power to take us where we want to be. Now that physical travel isn't the most viable option (don't let those cheap rates tempt you), it's the perfect opportunity to recognize and seize that transportive power of music.

You might be dreaming of donning some shades for a beach holiday, pounding the pavement on a city getaway, or even reminiscing on a hometown visit. You might be getting antsy. But before you buy a Margaritaville pool float and go the full Jimmy Buffet escapist route, hear me out. I've got a spare ticket for a trip around the world, and it's all in this playlist. Whether it's a depiction of a certain location, a ballad of vacation life, or simply a tune with a carefree essence, these songs have all you need for a mental getaway.

"Island In The Sun" - Weezer

This classic Weezer tune is full of vacation vibes. Even if you didn't previously know it was about an "Island In The Sun," the intro would give it away; The laid-back strumming on that four-chord progression is the epitome of seaside lazing. As the tune picks up speed, it reflects the perfect vacation balance: a relaxed state of mind, but also the sheer happiness of being where it feels like the world can't get you. The chorus, with its dreamy arpeggios, always gives me the feeling that I'm floating, and the lyrics back me up: "And it makes me feel so fine I can't control my brain." Then we come to the overdriven bridge. It's those undertones of desperation that makes this vacation feel like the ultimate blissful escape: "running away together," so "we'll never feel bad anymore!"

"City Of Angels" - The Head and the Heart

If all of the excitement in the world was wrapped up in one song, "City Of Angels" would be it. That driving intro creates the kind of anticipation you'd find in the cabin of a plane just leaving the runway. It doesn't end there; The song paints the sunniest picture you can imagine of your favorite place, whether that be Los Angeles - like the song's namesake - or wherever you feel your "heart should be." Something about the song's arc, from the muted verses to the bursting chorus, perfectly mirrors the rollercoaster of going to your dream destination. If you're itching for a change of scenery, look no further than "City Of Angels."

"Waterloo Sunset" just goes to show that paradise doesn't have to be the stereotypical sun-drenched beach. The flowing tune and angelic collection of vocal harmonies in the background sound just like heaven would, all to describe a bustling Central London district. This tune is perfect for the person whose ideal vacation is exploring a character-rich city, a city that anyone can develop a personal connection to; It's that personal connection that makes our favorite destinations special. The combo of gentle acoustic strumming and plucky riffs moving along the descending progression on "Waterloo Sunset" will make you see the beauty in any place you're in, even with a bit of grime.

Everyone's got a Soulville, and this stirring, lively tune will take you straight to yours. Originally by blues singer Titus Turner, "Soulville" comes from a tribute album to '50s singer Dinah Washington that Aretha Franklin recorded. Franklin's robust, extraordinary vocals put the soul in Soulville on her version. This tune is another moving tale of going to the place where you feel you belong; The jumpy, high-energy beat will have you, too, asking for directions to your own Soulville. It can be your childhood hometown or a new hometown for you; wherever invigorates you. It's even better if it makes you want to sing out as passionately as Aretha (Though for me, the sound I end up squawking out seemed way better in my head...).

This cheeky tune by 10cc comes from an album (Bloody Tourists - meant to be interpreted in the British sense, not the grotesque sense) packed with clever travel observations. That album is a worldwide journey in and of itself, featuring a trip to Jamaica gone wrong ("Dreadlock Holiday"), raunchy London Underground misadventures ("Shock On The Tube (Don't Want Love)"), and even a terrifying experience in the Soviet Union ("Reds In My Bed"). The songs themselves are just as clever as the titles. When it comes to "From Rochdale To Ocho Rios," there's something so universal about this tale of hopping between England and Jamaica. Maybe it's this striking, relatable line: "You spend half your life in transit / but that's just the way God plans it." This tune will put a little more steel drum into all of your journeys, even if it's just "from Allston to Boston Common."

This shining tune by Michael Kiwanuka is not your typical "vacation" song - It makes no mention of travel or trips. However, that doesn't make it any less of a three-minute getaway. It's ambient, acoustic, and soaring - something you would want to be played while getting a beachside massage. But more than that, it encapsulates the state of mind we strive for when we're in a jet-setting mood. Without a doubt, "Light" illustrates the ideal headspace of not worrying about a thing, with the line "all my fears are gone..." Those strings and chorus of voices following the song's dynamic progression set such a captivating mood. Put this tune on whenever you feel like a spiritual getaway. You'll soar right up out of your house and into a bright, happy place that feels like the best vacation imaginable.

Bad Suns Reminisce Being at Home

Three at Home Stops by WERS