Colorado born and raise folk band The Wood Brothers took to the Style Stage in the blistering heat of Day Three of Levitate Music Festival.

The band, made up of brothers Chris and Oliver Wood, as well as "spiritual brother" Jano Rix on the drums, came out onto the stage to find themselves a packed crowd, despite the glaring sun.

At the start of the show, you could find myself and my fellow WERS folk hiding behind the skinniest of trees, trying to stay in whatever shade we could. Consequently, my initial view of the band was obstructed, considering how many people were gathered in front of me. When I moved to get a better view, I was truly surprised at what I saw.

Instead of the acoustic, mellow performance I was expecting, Oliver Wood began the set with an excited "Let's rock!"

Then, Chris Wood whipped out a literal upright bass and started jamming out on it. Never before have I seen a band outside of classical music play such a demanding, unwieldy instrument before. Chris handled himself like a pro, creating some of the best folk tunes I've ever heard.

Oliver kept the crowd going as the clouds disappeared and the sun was out in full-force. "Everybody hydrated?" he asked, then continuing with, "Are you with us!?"

All throughout their Americana, down-to-earth set, The Wood brothers made sure to check in with the crowd and keep everyone pumped up.

Oliver also told those in the crowd that we "gotta take care of people," uniting fans and concertgoers alike as a temporary family.

Oliver also made sure to keep things lighthearted and fun, letting out a wild yell and dancing around the stage. At one point, he and Chris had an upright bass vs. guitar duel, facing one another and playing their hearts out.

The Wood Brothers put together an incredible, fun performance that helped all of us beat the heat of the late afternoon. Unlike any other folk performances I've seen before, this set was one of the best of Day Three. 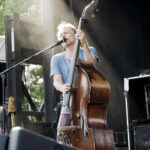 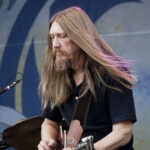 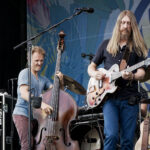 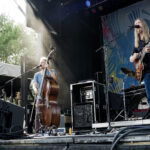 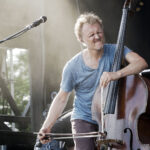 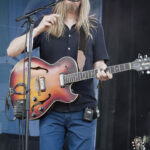 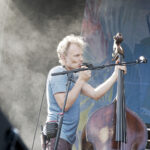 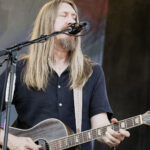 The Wood Brothers Bring Southern Charm to HOB
Weekly News: How One Family Is Coming to Terms With Physician Assisted Suicide