The Power of a Small Show 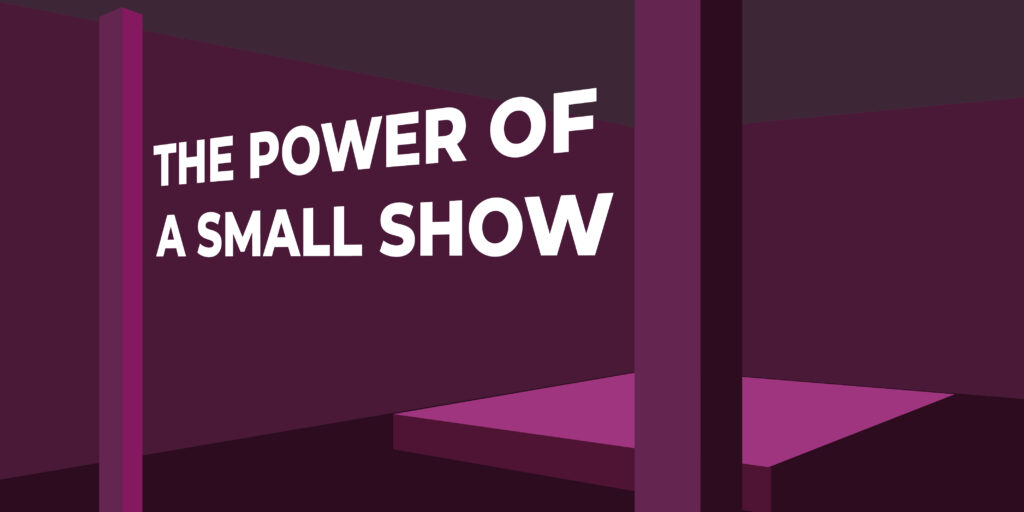 The first small concert I ever saw got me instantly hooked. The day before my high school graduation, a friend and I drove up to Boston to see a niche, jazzy hip hop group called Injury Reserve. They were playing at the Sonia, a relatively new addition to the Middle East Restaurant and Nightclub in Cambridge.

During my first year at Emerson I was lucky to be able to see a several of my favorite musicians at small venues. Along the way, I gained a deeper appreciation for small shows, and the culture surrounding them and the venues in which they are played.

Nearly every show was unforgettable, but my first concert was a truly special experience.

Jumping around in a swirling mosh pit at that Injury Reserve show was a surreal and exciting experience-especially since I only knew a handful of people who were even aware of Injury Reserve outside of that room.

I felt a connection with the strangers in the room simply because I knew we had something unusual in common: we all loved this band that most people had never heard of. The shared appreciation for the music created an instant sense of community, while the energy and aggression of the music itself lended itself to camaraderie.

The community disbanded in a matter of hours, but our experience was so memorable that each person left proud to be able to say "I was there." No matter how pretentious it sounds, there's hardly a concert goer I know-including myself-who isn't guilty of using this phrase to brag to other music fans about the experiences they've had.

"I was there before they played big shows."

"I was there for their first tour."

"I was there before they cashed in."

These are all obnoxious things to say, and I know that well. But, looking past the pretension it's easy to see that these people are dying to share stories of their concert experiences simply because they meant so much to them.

Small shows happen all the time.

There are several in Boston each night. Despite this, each has the power to reach a group of people in a special and unique way. Fans of underground music love what they listen to just as much as super fans of Drake and Taylor Swift love what they listen to, but they have the chance to experience the music they love in what feels like an exclusive setting.

No small venue is perfect, but the imperfections only add to how unique of an experience a small show is.

The Paradise Rock Club is far wider than it is long. I have seen two different musicians comment on how "rectangular" the room was. But never once have I seen the room's less-than-ideal shape stop the crowd from moshing like maniacs or showing their full appreciation for the performance.

The Middle East feels a lot like a basement, and can have up to five shows at once going on in various rooms. Occasionally, sound will bleed from one room to the next. But again, this only adds to the personality of the venue and it's homey/basement aesthetic.

History plays a huge role in making each of these venues special.

Oftentimes, underground musicians are playing on the same stage as their heroes played on years ago. Every show played at a small venue adds value to the room in which it is played.

The hallway heading into the main hall of the Paradise Rock Club puts this idea front and center. Lining the walls are names of musicians who have played there from rock legends like Radiohead and U2 to hard-core rap group Run the Jewels. A venue is inherent to its personality and contributes to a sense of nostalgia for every new show. Small shows that happen today are made more powerful when the shows of the past are celebrated because it contributes to the idea that every show is an experience to be remembered.

The Sonia is the newest room of the Middle East at just about 2 years old.  It doesn't have the history or the worn-in personality that a lot of other venues have-especially compared to other rooms at the Middle East-but it will always be the place where I saw my first small concert. For that I will always love it.

As time goes on, more fantastic underground artists will give unforgettable performances at the Sonia, and it will start to develop its own unique history. As people share their personal concert experiences, I hope the stories will gain a universal appreciation among those who understand the power of a small show. I'll be sure to watch the Sonia as the years go on and I look forward to being able to tell a younger generation that I was there seeing incredible shows during its first year when its history was just starting to be made.