The Basements of Boston: Dan Shea and the State of the Underground 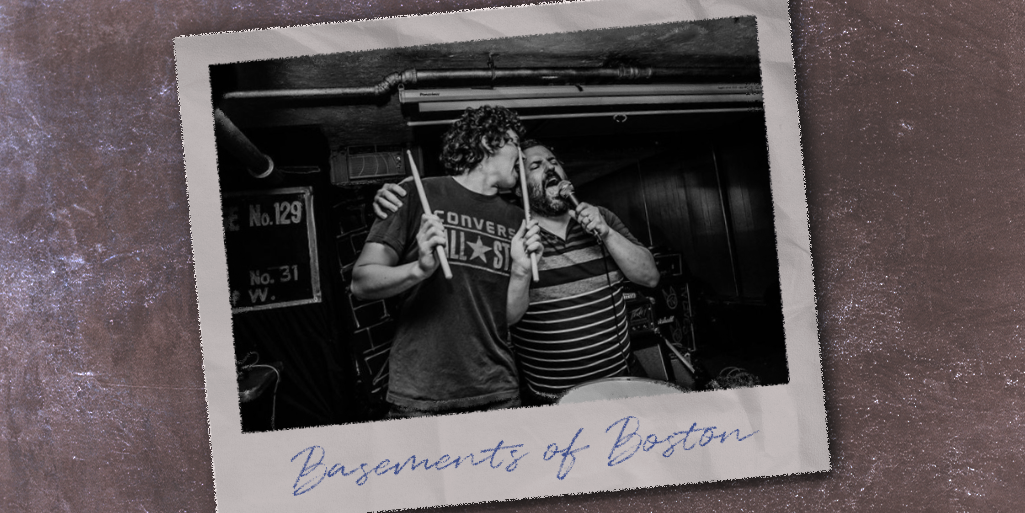 Dan Shea on the right; Photo by Omari Spears

Christopher Stetson Wilson is a Cambridge-based writer, MFA fiction student, former comic artist, and former singer-songwriter. He also DJs as Minnow for a local techno crew called Cake Factory. Some of his comics can be found at dwicefox.com. See more of his writing at shittybooks.com. He works as an administrator for the Emerson College Department of Journalism.

Dan Shea is the founder and publisher of the Boston Hassle. We spoke on the phone on May 6, 2020.

Dan Shea: I got involved in the scene as a teenager, started bands… different alternative rock and grunge-influenced bands. I was in a punk band in the mid-90s that aspired to join in and play with all the other great punk bands that were playing at that time, both in Boston and suburban Boston. It was through the punk scene and the defunct club The Rat, which used to be in Kenmore Square, which is now a faceless, entertainment-free zone. The Rat was the epicenter of the punk scene and a lot of the underground music scene in the mid-90s. The Rat closed in 1997.

Back in those days, the punk scene was thriving. [It was] a much bigger local scene than you could find for anything today. I was sort of birthed into the scene at a special time. Why was it a special time? Probably because of Green Day and Rancid, coming in the wake of Nirvana… there was a taste for it. And there were still venues to serve those populations who would still be into that kind of music.

Going to giant shows at churches in Copley Square, there were hundreds of kids there, maybe for one touring band, but that didn't really matter, it's because of the really strong local bands.

There's a famous picture that encapsulates that whole time. This crazy punk guy named Mike McCarthy, he was a skinhead, though not a Nazi skinhead. The skinhead, non-racist culture was still a thing in Boston. At this church in Copley, he jumped off the balcony, and there's a famous photo of him, just jumping off that balcony into the crowd below (laughs), and I was at that show. That was a moment. He was always the wildest guy. 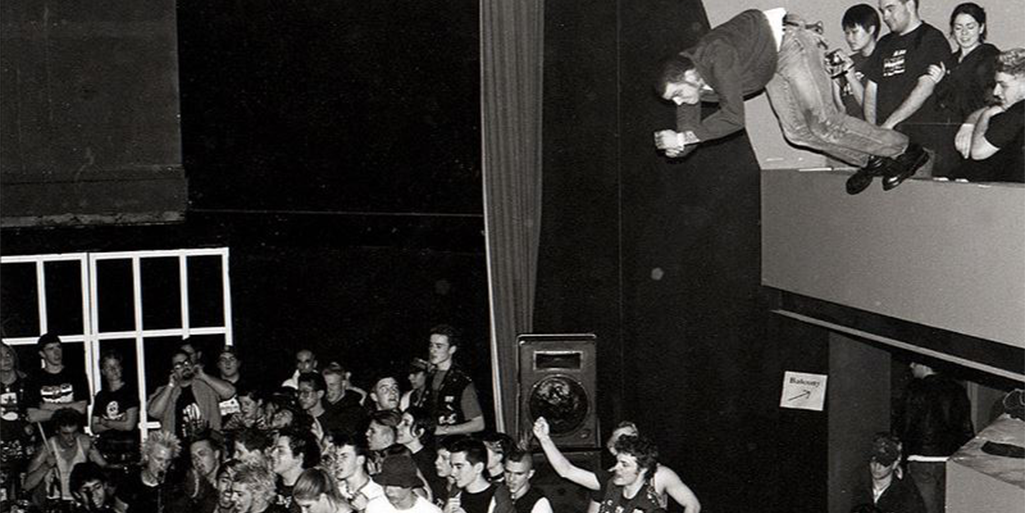 Mike McCarthy jumping off of the Copley Church balcony; Photo by Matt Carroll

How would you define Boston's underground music scene, and why is it so critical now? Not taking into account the situation with coronavirus.

DS: It's definitely difficult to define. The size of the city allows for there to be anything you might be looking for, anything that may be an interesting thread that's happening out in the world musically, style, genre, fad… Boston's big enough that you can find anything you're looking for, but there's not necessarily going to be an entire scene for that.

The Boston scene is made up of a bunch of outliers who are deviating from whatever the boring, norm world of music is. They're out there doing their own thing. Whether they find support or not has always been problematic, which is where the Hassle comes in. There are exceptions to that. There will always be and there has always been a punk scene. What allows for that is the socio-economic terrain more than anything else. It's a lot of disparate people doing interesting things but not having much in the way of infrastructure or centralized unity. These scenes are critical to a positive and healthy artistic ecosystem in the city because where this music is performed and where audiences get to see this music is generally basements. That's important because these are places where people are developing as artists, and they're getting their feet planted on the ground. This is where experimentation happens. This is the laboratory for music and performance. Punk fits into that, and to a lesser extent metal, by being people who don't fit into the norm or have complaints about the larger society. They can find empathic ears to grow any sort of movement. Punk's going to be crucial coming out of this whole situation (the pandemic) because it is a safe place for the freaks. Punks can be insular; I wish they weren't so insular.

Would you say the Boston scene is broken, or does it still function in its own way?

DS: It's broken as hell. And I'm only talking about an underground music scene because that's all I'm interested in. The underground music scene has a more socialist bent, and it always has. It's easier to see that now. I haven't been labeling myself a socialist all these years, but I guess I have been a socialist, you know? It's these situations, which cut across all kinds of genres, where making money is not the most important thing. For emerging artists, even if they're not interested, philosophically, in what this scene is all about, they're still just trying to get their foot in the door.

It's horribly broken because in the city of Boston - and maybe this is all cities now - there's no ability for legitimate venues to open up with the philosophy of serving the communities I'm talking about. Mostly because it doesn't make much money. Because of whatever hangover memory there is from the '80s, people aren't willing to take the chance. Maybe it's so expensive to open up a venue that people aren't willing to take the chance to have some of these more aggressive types of music. 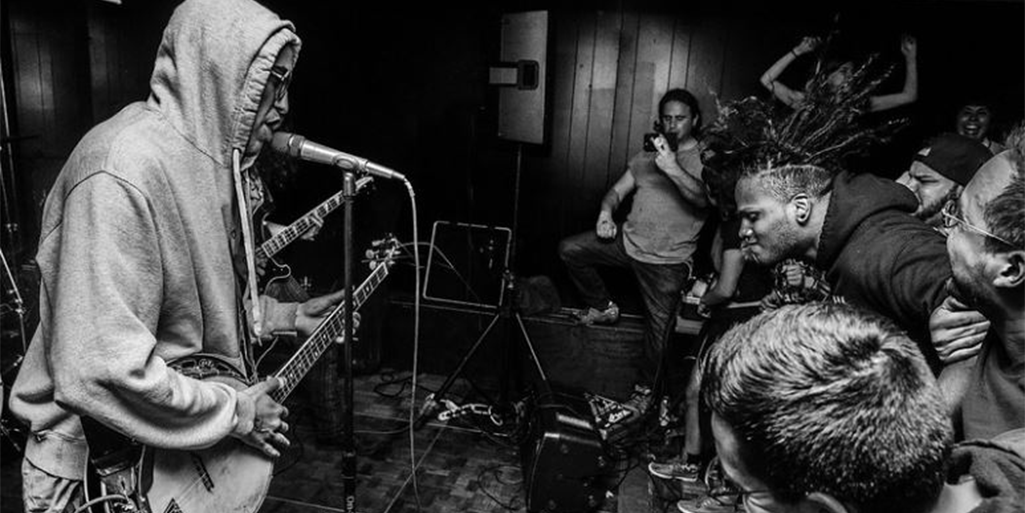 What does the scene in Boston need most of all right now?

DS: Multiple music venues in different parts of the city, to serve these scenes and communities that overlap in a Venn diagram. It's basically impossible for members of the proletariat to open up a music venue. Even for people like me. I'm still going to try. I think it's completely feasible, but the hold-ups are real estate and procuring a liquor license.

Has diversity and inclusiveness in the music scene changed since you started? Is it better, worse, different? How have venues and promoters included people from different backgrounds or cultures?

DS: Things are more open and there's an intermingling of people from different backgrounds and different places. Despite everything I'm saying about the scene being broken, I think there are more opportunities for Black performers to be getting out there. There's a huge uptick there but still an incredible dearth in venues. A lot of the more popular hip-hop acts get a lot of play in larger existing venues, but the up-and-coming people still have very few places to play.

What do you think is good and strong and positive about the scene?

DS: There are a lot of people doing a lot of interesting things, across the spectrum. And that's why Boston is an interesting enough place to stay, and it's worth it to work on it. We try to express this through the Hassle. We're looking at the wide swath of performers and reporting back on that. Audiences get siloed and scenes get siloed. That happens because there is a lack of spaces that serve these communities where this cross-pollination could happen. If you read the Hassle from an outside perspective, you might think it's happening, but in the real world, there's less of this utopian vision of intermingling. A lot of people are bemoaning the loss of Great Scott, and it is a big loss for the city, but in a place like Great Scott it's not like one night you have a sick hip-hop show and the next night a sick metal show and the next night a sick indie rocker show. That's not happening there, and thus there is no crowd coming to Great Scott looking for that. Great Scott was just a place where corporate touring bands went to play. Of course, there were some local shows sprinkled in there, but that's a very different situation from a club that is OF the scene, OF the community, inviting people in to try out new things. 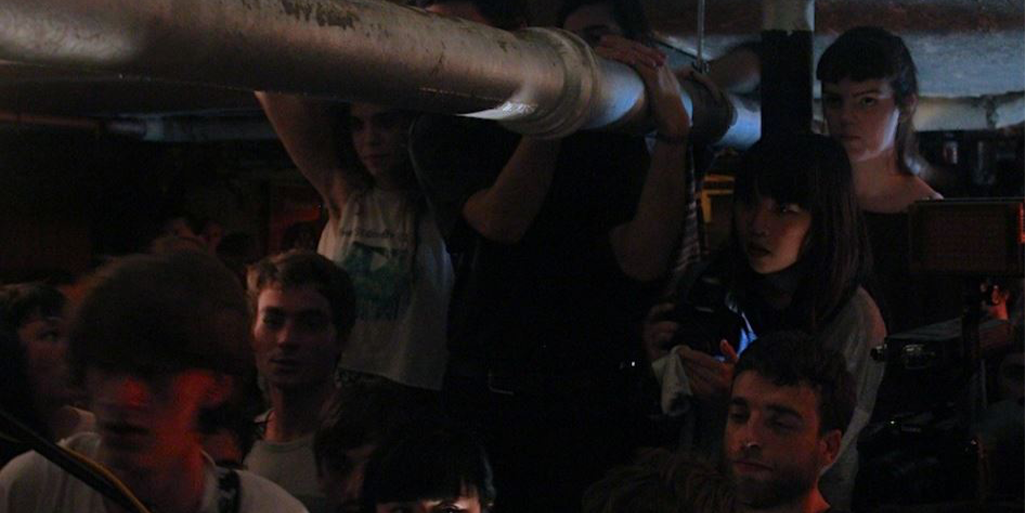 Tell me about the work the Hassle does and what it does to support the scene.

DS: The Hassle website is a medium trying to raise the profile of underrepresented and fringe music and art in the Boston area. Not only is there a lack of venues in the area, but there is also a lack of reporting on what is happening. We're here to let anyone who might be interested get glimpses of the interesting things that are happening in these experimental scenes, these underground scenes, these underrepresented scenes. We're bringing it to the fore through interviews, through reviews, through reporting and telling stories involving politics… crises like the housing crisis and minimum wage.

The other big thing that affects all artists is the housing crisis, the insanity of real estate in the Boston area. Another thing that could really have an effect on artists in the Boston area is some sort of rent control, something to keep these artists here so they don't flee the city because they can't afford it. And maybe more rehearsal spaces and more artist spaces so people have more places to do their work. These things need to be fixed and they're not being fixed. There's no mandate by any of these cities to try to fix these problems. The working class, the proletariat artists and musicians have been in the course of being eliminated in this town for quite a long time. You persevere, and there are cockroaches of us out here, but it's a pretty bad situation. There are so many amazing creative people who have been forced to leave this town because the opportunities are not there for them and everything costs too much.

Do you have any future plans or initiatives for the Hassle?

DS: We're trying to do more political work, more reporting, on every election, on who is for us and who is against us. There is a dearth of this information out there in general. So, we might as well fill that gap, and tie it to the creative community.

Our big future plan is to open up our own community space where there will be live music where artists can have some space, maybe some rehearsal space. It's going to be difficult. It's just hard in the city. We're going to have a headquarters to base our activities, with the website and with our shows and our art markets, a home base, which other people can use for their events as well.

Do you have any favorite Boston musicians or bands that deserve more attention?

The Basements of Boston: “We’re the Working Class Artists”

Album Review: “I’ll Be Your Mirror: A Tribute to the Velvet Underground & Nico”